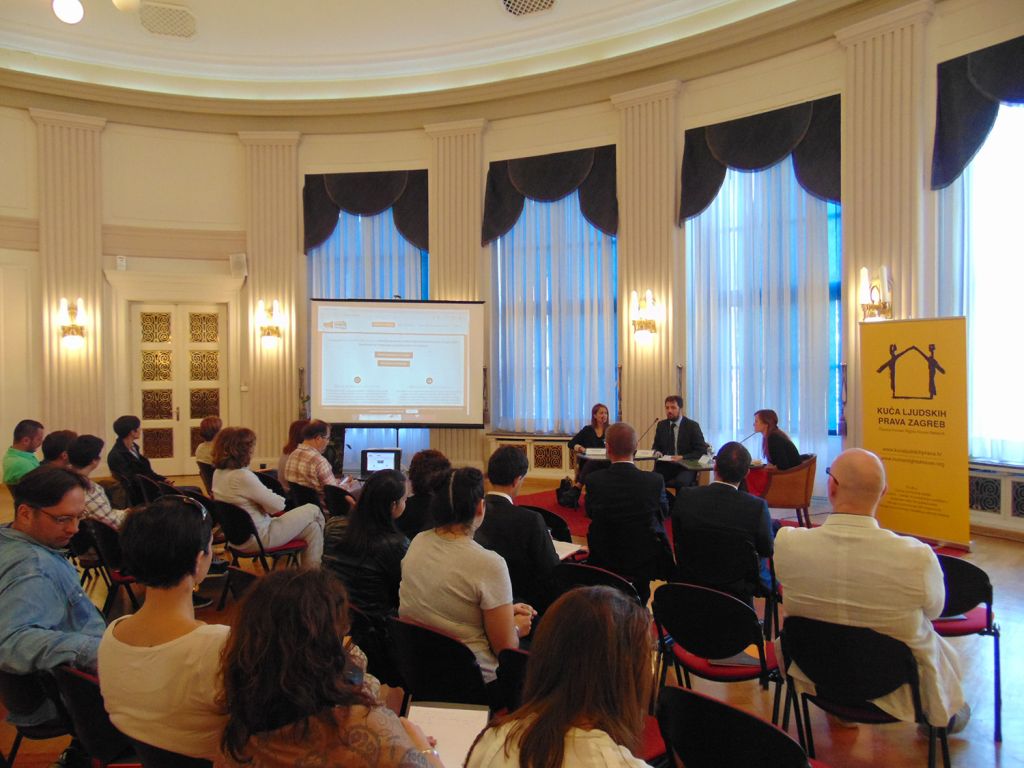 Croatia: “Enough with the Hatred”

Human Rights House Zagreb and Gong held a public discussion on hate speech, and launched initiatives to combat hate speech and other speech that is unacceptable in the public space in a democratic society.

During the event on 30 September, Human Rights House Zagreb and Gong presented the publication “Hate Speech and Unacceptable Speech: A Guide for Politicians,” aimed at better familiarising politicians and other persons participating in the public space with the standards that apply to hate speech and unacceptable speech.

Mitre Georgiev from the Human Rights House Zagreb, commented: “It is essential to take into account the social and political context in which hate speech occurs. What we should ask ourselves is how can we and how should we, as a society, respond, not only to hate speech, but also to other forms of unacceptable public expression.”

The organisations presented www.dostajemrznje.org, an online platform that combines all the procedures for reporting unacceptable forms of public speech and expression, and facilitates reporting to all interested citizens.

Sara Lalić of the Center for Peace Studies, a member organisation of Human Rights House Zagreb, spoke regarding online portals and the need to balance support for free expression with opposition to hate speech: “On one hand, comments can contribute to openness in the exchange of ideas and the overall democratisation process, while on the other hand they can have significant consequences for individuals and society.” She pointed to “greater administrator control and applications that enable readers themselves to report and to react to unacceptable speech,” as ways to tackle hate speech on these online forums.

Sunčica Brnardić of the Center for Peace Studies, spoke about hate speech in the context of transitional justice, referring to a recent case in which the International Criminal Tribunal for former Yugoslavia (ICTY) “missed an opportunity to promote… the prosecution of acts of incitement to hatred and racial discrimination in the perpetration of war crimes and crimes against humanity.”

Hate speech continues to affect efforts toward peace-building in Croatia, as illustrated by verbal abuse and physical violence directed against peace activists in August 2016, as reported by Platform 112, a coalition of 70 civil society organisations (including Human Rights House Zagreb).

Ahead of parliamentary elections in Croatia on 11 September, Platform 112, together with the Croatian Journalist Association, held a pre-election debate with political candidates. The debate covered issues such as hate speech, xenophobia, and discrimination, as well as human rights, civil society, democracy, peace-building, and access to justice.