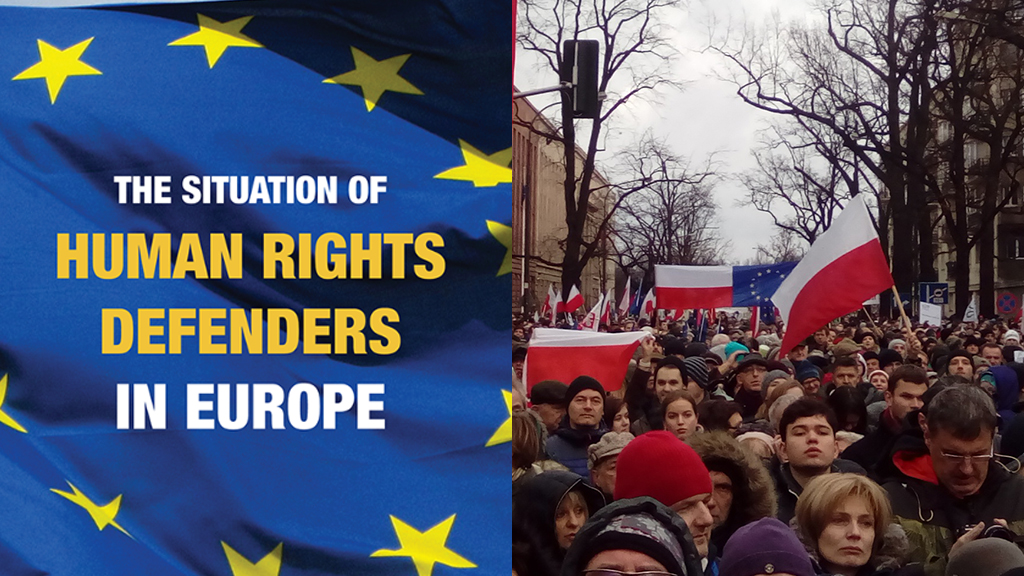 For the first time, a non-governmental organisation has arranged a thematic briefing of the Council of Europe’s (CoE’s) decision-making body. Three human rights defenders presented their experiences on the front line promoting human rights.

“We witness increasingly in the last decade that States are challenging the legitimacy of human rights defenders… This is an attack on the very idea of human rights work,” commented Konstantin Baranov, Youth Human Rights Movement (Human Rights House Voronezh, Russia), as he addressed the Committee of Ministers (CoM).

Baranov raised this concern at the first thematic briefing of the Committee organised by a non-governmental organisation – the Human Rights House Foundation. The panel of human rights defenders addressing the CoM included defenders from Armenia, Russia, and Ukraine, as well as the CoE Commissioner for Human Rights. 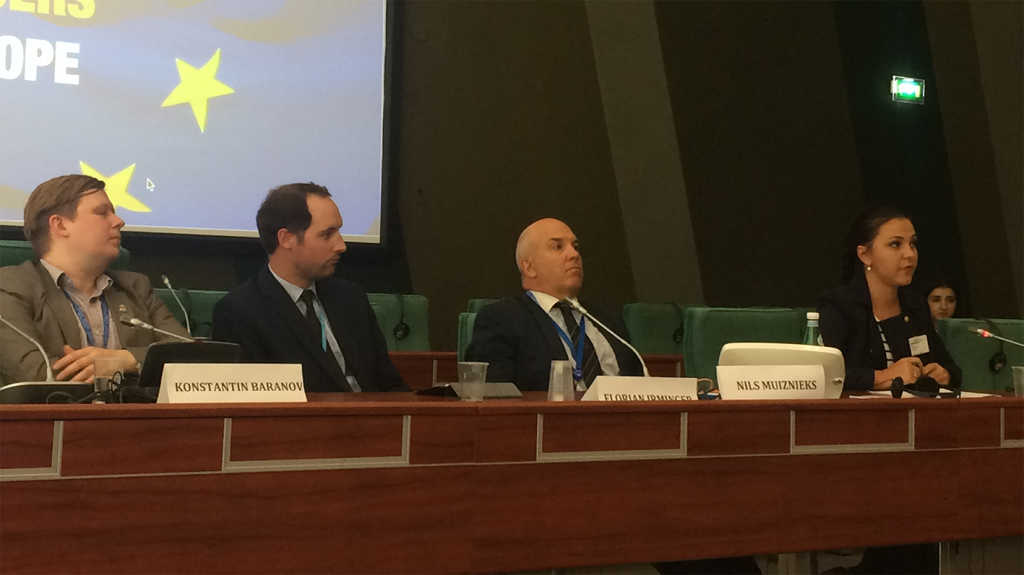 Tetiana Pechonchyk, Human Rights Information Centre (Ukraine), spoke to the CoM of “trends that contribute to a cooling atmosphere for human rights defenders to work in the region.”

The defenders that made up the panel are themselves on the front line in promoting and advancing human rights and freedoms. As such, the harsh realities they face can be seen as a reflection of the overall worrisome situation for human rights, democracy, and rule of law in Europe.

“We hope this briefing will be the first of many to open doors at the Committee of Ministers for more engagement with human rights NGOs. We believe opening up the Council of Europe to more cooperation can only strengthen it in the current difficult times,” said Florian Irminger, Head of Advoacy at HRHF.

Pechonchyk highlighted legislative restrictions on NGOs passed under the pretext of transparency, as well as smear campaigns, and physical attacks against human rights defenders. She noted the tendacy of countries to copy each other in adopting such practices, pointing to these as key trends not only in Ukraine but also among several of its neighbours.

Another body of the Council of Europe, the Parliamentary Assembly, sought to address some of these wider trends in January 2016, adopting resolutions on civil society space and the right to be a human rights defender.

Those working on sensitive issues have even less space to pursue their work, facing increased threats and intimidation.

Mamikon Hovsepyan, Public Information and Need of Knowledge (Human Rights House Yerevan, Armenia), focused on the attacks against LGBT activists in his address to the Committee. He warned that these attacks take place both physically and through the spreading of hate speech in media, often controlled by the government.

This trend to target those working on sensitive issues is present across the Council of Europe region, and includes groups such as women human rights defenders and journalists and others working on corruption.

Konstantin Baranov also spoke of the loss of public trust and belief in human rights values, which creates an atmosphere in which defenders are more vulnerable and it is easier for States to adopt legislation to restrict their activities.

In Russia, for example, civil society continues to be targeted with legislation that bans foreign funding, constituting retaliation for their human rights work and signalling a lack of acceptance of the role and work of human rights defenders. Their activities are now considered political, and even if they do not receive foreign support they end up on the list of foreign agents and are constantly victims of harassment. This “foreign agents legislation” has become a model for many other States, from Belarus to Azerbaijan.

Baranov further stated that “the international human rights system is based on shared values and obligations, and that the role of human rights defenders is to remind States about them.”

Human rights defenders continue this important work, supporting the development and national implementation of international human rights standards, but they need support in doing so.

“We welcome the opportunity to raise some of the major issues affecting our work with the Committee of Ministers. It is essential that we are heard again, and that many others from across the region are heard,” he added.

Intimidation and reprisals against those cooperating with the Council of Europe, including human rights defenders, was also part of the discussion.

Human rights lawyer Intigam Aliyev and defender Rasul Jafarov faced reprisals in recent years for their close cooperation with the Council of Europe. They were imprisoned, and though they have now been released, they continue to face restrictions on their freedom and their activities and work.

The Council of Europe Secretary General has proposed a mechanism to address reprisals against human rights defenders. HRHF will continue to support the development and implementation of such a mechanism.

On 11 October 2017, the Parliamentary Assembly of the Council of Europe (PACE) adopted a resolution on threats to the rule of law on 11 October 2017. It focused on the threats in five countries: Poland, Bulgaria, the Republic of Moldova, Romania, and Turkey.

Also on 11 October, in two resolutions, the Assembly expressed extreme concern at the situation in Azerbaijan, specifically relating to limitations on the freedoms of expression, assembly, and association.

On 28 January 2016, PACE adopted two resolutions aimed at strengthening the protection and role of human rights defenders and preventing restrictions on NGOs.