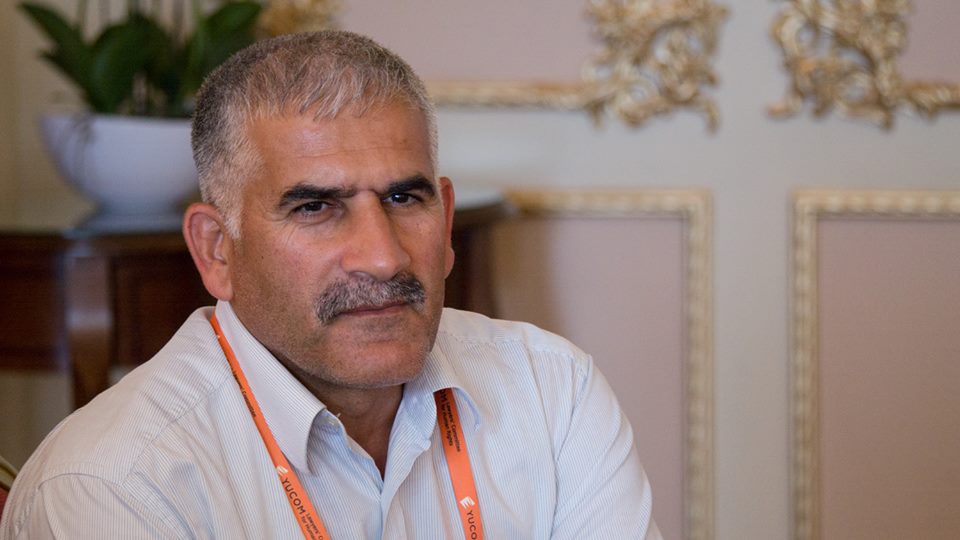 Alaif Hasanov has fought at every level of the court system against his expulsion from the Azerbaijani Bar Association, which came as a result of him defending political prisoners.

Alaif Hasanov told a trial observer from Human Rights House Tbilisi that he is an optimist and that he will pursue the case at the European Court of Human Rights (ECtHR). He is eligible to do so now that he has exhausted his right to appeal in the national courts.

During the hearing, Alaif Hasanov claimed that by supporting the decision to exclude him from the Bar Association, the Azerbaijan judiciary was contradicting ECtHR case law, and he asked the Court to restore justice. He noted that he had not been granted access to all the case files and that throughout litigation his motions had usually been rejected by the courts.

The Bar expelled Alaif Hasanov in July 2015 for a criminal charge for defamation that relates to his work defending political prisoners.

His lawyer stated: “Nowadays only a few lawyers still defend the rights of political prisoners [in Azerbaijan], like Alaif used to do. Alaif had to pay for his work with disbarment, which was a political decision.”

Alaif Hasanov drew attention to cases in which other lawyers charged with criminal offences had not been disbarred, and his lawyer raised contradictions in the Law on Lawyers relating to the standards for membership of the Bar. The Court nevertheless rejected the appeal and upheld the disbarment.

The hearing was well attended, notably by local media (Azadliq) and the Norwegian Embassy.

The Baku Appellate Court has rejected the appeal of lawyer Alaif Hasanov against his July 2015 expulsion from the Azerbaijan Bar Association.

An observer from Human Rights Centre, a member organisation of Human Rights House Tbilisi, attended the hearing on 6 September 2016, and reported that the Court rejected Alaif Hasanov’s appeal.

“Bar associations should not use disciplinary procedures to punish lawyers for their work, particularly those undertaking political and sensitive cases. It is bad enough that Alaif Hasanov was sentenced for defamation by the courts for his work defending a political prisoner, but for the Bar Association to then seek to punish him for this, when it should seek to protect him, illustrates the pressure lawyers work under in Azerbaijan. Unfortunately, the Appellate Court has not recognised the principle of the independence of lawyers and has upheld the Bar Association’s unjustified expulsion of Alaif Hasanov.”

Lawyers Intigam Aliyev, Khadlid Bagirov, and Annagi Hajibeyli represented Alaif Hasanov during his latest appeal. Intigam Aliyev addressed the court, reminding the judges that Alaif Hasanov defended the rights of a convicted woman who was the victim of torture and harassment, while some current members of the Bar Association have been convicted for crimes.

Intigam Aliyev references Alaif Hasanov being sentenced to 240 hours of public service for defamation in November 2014, after unveiling details of physical pressure exerted against his client, former political prisoner Leyla Yunus, by her cellmate Nuriya Huseynova in September 2014. Alaif Hasanov alleges that the authorities used Nuriya Huseynova to deprive him of the opportunity to defend Leyla Yunus, and that he is being punished for defending political prisoners.

Further addressing the court, Intigam Aliyev questioned the examination of Alaif Hasanov’s case by the Presidium of the Bar Association, and said that the Presidium failed to take into account both positive and negative aspects of the matter and could have examined the case without disbarring him.

In July 2015, the Presidium of the Bar Association used the defamation sentence against Alaif Hasanov as grounds to expel him from the Bar, depriving him of his right to defend clients in criminal cases. He was not invited to take part in the discussion of his case, nor was he even informed about it. He learned about the Presidium´s decision via mass media.

Alaif Hasanov addressed the court requesting to expedite the procedure, as his case has been pending for two years and in the meantime he has not been able to work. He said that he plans to appeal the judgement to the European Court of Human Rights.

In February 2016, he successfully appealed to the Supreme Court on whether he was able to challenge his disbarment in the administrative and economic court. His appeal was satisfied, but this hurdle added to the time he has been unable to work while he challenges his disbarment.

HRHF notes that Alaif Hasanov’s lawyers – Intigam Aliyev, Khadlid Bagirov, and Annagi Hajibeyli – have themselves been either disbarred or refused admission to the bar, and are unable to represent clients in criminal cases in Azerbaijan.

The trial observer from Human Rights Centre reported that, other than her, the parties, and an EU observer, few people attended the hearing; no media were present.

“It is essential that lawyers and human rights defenders act jointly to increase public awareness of the professional guaranties, immunities, and basic principles that safeguard the work of human rights lawyers, and that legal professionals and the international community challenge authorities when they do not respect these protections.”

“Alaif Hasanov has himself observed that the courts behave differently when international trial monitors are present and a trial receives international attention.”

Disbarment of lawyers in Eastern Europe, Caucasus, and Central Asia

Although unable to practice as a lawyer in Azerbaijan, Alaif Hasanov has continued to participate in international advocacy as part of HRHF’s ILIA program. In June 2016, he attended a consultation with the UN Special Rapporteur on the Independence of Judges and Lawyers, Mónica Pinto, along with more than 50 other lawyers from Eastern Europe, the Caucasus, and Central Asia.

The Special Rapporteur referred to this as “One of the regions in the world that has the highest fear of disbarment of lawyers.” HRHF notes that this is a particular issue in Azerbaijan, Belarus, and Russia.

The participants of the consultations made the following recommendations to the Special Rapporteur concerning disbarment: