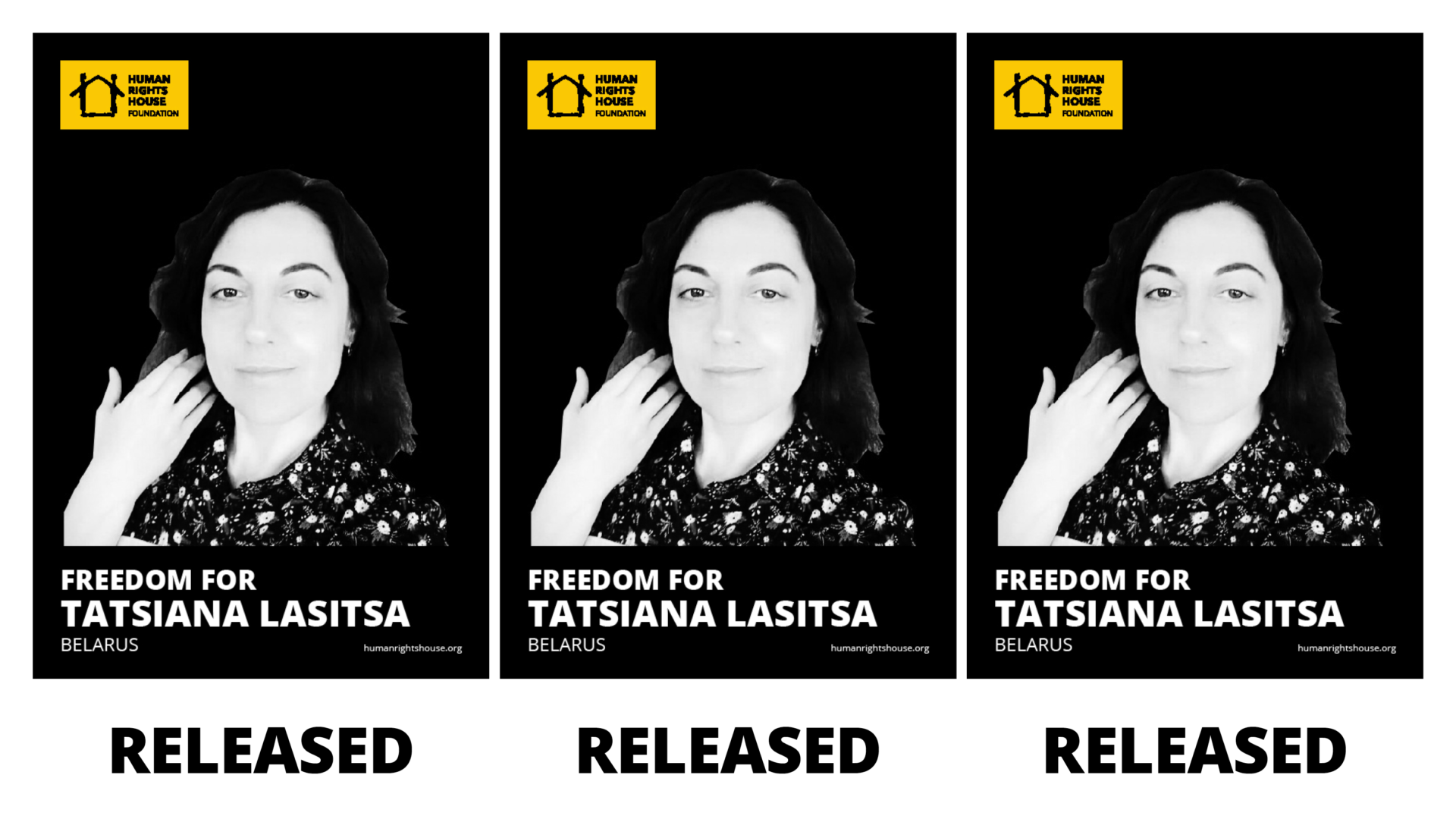 On 24 September, Viasna volunteer Tatsiana Lasitsa was released in Belarus after serving one year and eight months of a two-and-a-half-year sentence. While we welcome this news, we highlight that Lasitsa not have been in prison in the first place – the case against her was a reprisal for her legitimate human rights work. We repeat our call for the release of her Viasna colleagues and for the release of all political prisoners in Belarus.

Despite Lasitsa’s release, the number of political prisoners in Belarus continued to rise in September, and we saw harsh sentences dealt to two of her Viasna colleagues.

On 6 September, Minsk City Court sentenced Marfa Rabkova and Andrei Chapiuk to 15 and 6 years in prison, respectively, as a reprisal for their legitimate human rights work. Human Rights House Foundation condemns these outrageous sentences and the ongoing use of the judicial system to jail dissenting and opposition voices. One day earlier, HRHF had joined Belarusian and international civil society in calling for their release and the release of all political prisoners in Belarus.

Tatsiana Lasitsa is a human rights activist from Rečyca, a volunteer of the Homieĺ branch of the Human Rights Center “Viasna”.

Lasitsa was detained on January 21, 2021 at the Minsk airport by officers of the Interior Ministry.

She was named a suspect in a criminal case under Part 1 and Part 2 of Art. 342 of the Criminal Code (organization or active participation in group actions that grossly violate public order). She was remanded in custody pending indictment.

On November 3, 2021, the Centraĺny District Court of Homieĺ found Tatsiana Lasitsa guilty of “organizing and preparing actions that grossly violated public order” (Part 1, Article 342 of the Criminal Code), and “training and preparing persons to participate in such actions, as well as their financing or other material support” (Part 2, Article 342 of the Criminal Code). Lasitsa was sentenced to two and a half years of imprisonment in a general-security penal colony.

In mid-February 2022, Tatsiana Lasitsa was transferred to penal colony No. 4 in Homieĺ.