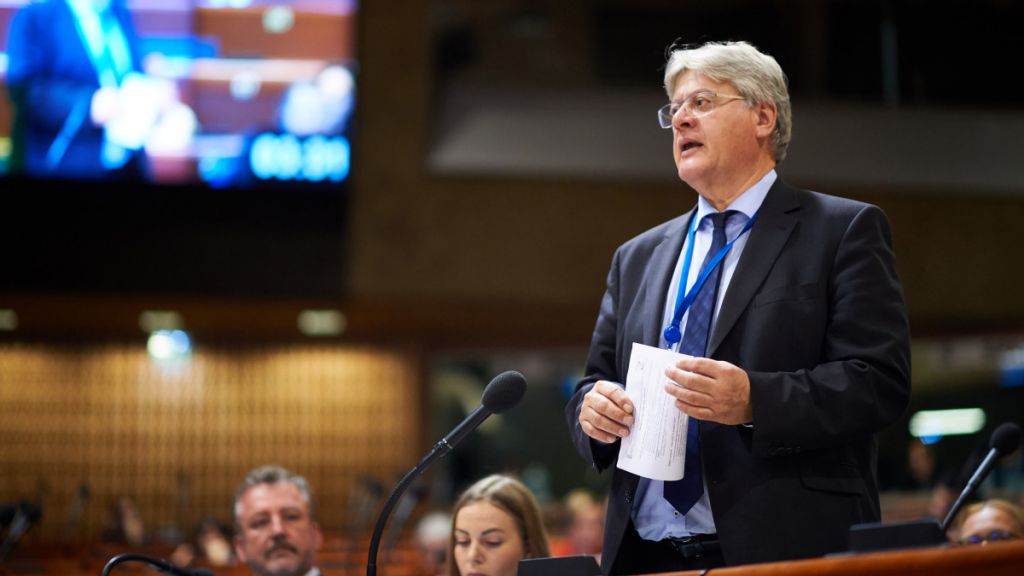 Azerbaijan: No progress, no concessions

The country must “put an end to systemic repression of human rights defenders and the media,” according to the Parliamentary Assembly of the Council of Europe (PACE).

Meeting in Strasbourg this week, the Assembly also expressed extreme concern at limitations on the freedoms of expression, assembly, and association, in two resolutions adopted on Azerbaijan.

It further called on the government to “ensure that activists, human rights defenders and other individuals are able to peacefully exercise these rights without fear of retribution.”

PACE has taken a strong stance on Azerbaijan in recent years, with its position hardening following Azerbaijan’s unprecedented crackdown on human rights defenders, activists, and journalists in 2014. This led to a decisive resolution in 2015.

Azerbaijani human rights defenders used to have a formidable presence at PACE until the 2014 crackdown. When PACE adopted its last resolutions in June 2015, a few were able to attend but most were imprisoned. While some have been released since then, civil society in the country has been severely affected. This showed at PACE with comparatively little activity of Azerbaijan human rights defenders, though the Institute for Reporters’ Freedom and Safety (IRFS) did hold a side event.

“The authorities have released several of the prominent human rights defenders they imprisoned, but this, among other measures, is not a sign of progress as Azerbaijan would like us to believe. These measures instead seek to mask the truth of human rights violations,” commented Florian Irminger, Head of Advocacy at HRHF.

“We are glad that the Assembly did not acknowledge progress where it does not exist, and did not soften their stance on Azerbaijan. The Assembly voted by large majority on amendments that ensure the harsh realities of human rights violations in Azerbaijan continue to be reflected in the position of the Council of Europe,” he added.

The crackdown in 2014 coincided with Azerbaijan’s Chairmanship of the Council of Europe’s Committee of Ministers, which precipitated one of this week’s resolutions. This resolution is based on a report by Belgian Senator Alain Destexhe and comes as a follow up to the chairmanship.

Alain Destexhe resigned just weeks before the report was presented at PACE, amid the ongoing corruption scandal concerning some PACE MPs’ ties to Azerbaijan.

Addressing this ahead of the adoption of the resolution, a group of MPs put forward a dissenting opinion to the Destexhe report – a rare occurrence at PACE – raising concerns about the independence and objectivity of the rapporteur. They also objected to concessions that Azerbaijan had made progress in some areas, stating that the country has made no meaningful progress on human rights. The Assembly by large majority adopted strong amendments to the resolution.

The second resolution comes as part of PACE’s ongoing monitoring and periodic assessments of human rights in Azerbaijan. It was also strengthened on the day, through amendments largely supported by co-authors of the report Stefan Schennach and Cezar Florin Preda.

Frank Schwabe raises questions over the preparation of the two resolutions, in an interview with HRHF.

“The Assembly has rightfully resisted taking a conciliatory approach without Azerbaijan first implementing the recommendations of previous resolutions, showing signs of meaningful reform, and releasing and rehabilitating the rights of all human rights defenders and journalists,” commented Florian Irminger.

“We call on the Azerbaijani government to address the issues raised in the resolutions and meet its human rights obligations, and to engage positively with civil society in doing so,” he continued.

These resolutions come amid increased focus on Azerbaijan at the Council of Europe. The ongoing corruption scandal has reached new levels in recent weeks, with PACE MPs resigning from their posts and the PACE president Pedro Agramunt resigning ahead of a motion for his dismissal – seen as having close ties with both Moscow and Baku – which was set to be voted on at the beginning of the session.

Also, just a week before PACE met for the current session, the Committee of Ministers launched proceedings in relation to Article 46.4 of the Convention, beginning the unprecedented move of considering legal proceedings against Azerbaijan. This is in response to Azerbaijan’s failure to comply with the judgement of the European Court of Human Rights demanding the release of imprisoned opposition leader Ilgar Mammadov.

In January 2017, the Council of Europe “deplored the use of criminal laws against journalists and bloggers” in Azerbaijan, with the Parliamentary Assembly voting overwhelmingly for strong amendments in a resolution on protecting journalists.

In June 2015, HRHF organised a side event at PACE: Azerbaijan: A Year of Attempts to Hide Dire Human Rights Record.

In its June 2015 resolution, PACE expressed concern over the detention of Khadija Ismayilova, the criminal charges against Emin Huseynov, and the closure of Radio Free Europe/Radio Liberty in Baku in December 2014.

Threats to journalists and independent media in Azerbaijan