ARTICLE 19 expresses its concerns about the ongoing trial of several staff of Dagestani independent weekly newspaper “Chernovik” and calls on the Government of the Russian Federation to abide by international and regional standards for freedom of expression.

Editor-in-Chief Nadira Isayeva and reporters Magomed Magomedov, Artur Mamayev and Timur Mustafayev, along with their lawyer Biyakai Magomedov are accused of inciting hatred and “demeaning the honour of law enforcement officials as a ‘social group”. The charges relate to a series of articles published in “Chernovik” in 2008. If convicted, Isayeva faces up to five years’ imprisonment, while the other defendants face two years.

Endless expertise
In a new development this week, these articles will now be scrutinised a second time by a panel of psychological and linguistic experts before the trial reconvenes in Makhachkala. 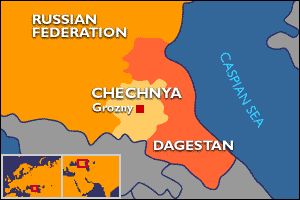 This follows months of harassment by the Dagestani authorities in raids on the homes of “Chernovik” journalists looking for extremist materials. The trial has also seen several other expert analyses from various professionals employed by the state and supporting the prosecution.

A criminal case was opened on 31 July 2008 under Article 282 of the Russian Criminal Code which refers to “incitement of national, racial and religious hatred”. This was in response to one particular article which ran a quote from a deceased guerrilla leader who had fought against federal forces in the Chechen Republic and Dagestan, and who had accused the regional authorities of corruption and obeisance to the Russian Government.

Accused for extremism
The state prosecution claimed the article “publicly justified terrorism” and charged Nadira Isayeva with making public calls to extremism and incitement of hatred. Consequently, the Russian Federal Supervision Agency for Information Technologies and Mass Communications asked the Supreme Court of Dagestan to close the newspaper on the grounds of previous warnings regarding “Chernovik’s” “extremist” statements, reflecting its “hostile attitude” towards law enforcement officers. The trial began in January 2010.

A number of Dagestani publications have been closed following criticism of public figures, a trend that ARTICLE 19 has repeatedly spoken out against. As a result, there is almost no independent or critical media in the Republic of Dagestan. “Chernovik” has often been critical of the actions of the regional police and the Federal Security Services, saying that their alleged lawlessness contributes to the rise of militant Islam in the region.

In October 2008, the newspaper won an international journalism prize for a series of articles on the socio-economic and legal situation in Dagestan. In May 2009, an independent, Moscow-based monitoring organisation “Sova” issued a statement saying the newspaper’s content does not reflect extremist views. Human rights organisations in the Russian Federation and independent experts have also expressed a view that there is no evidence that “Chernovik” incited ethnic hatred through any of its content.

Freedom to independent media
ARTICLE 19 calls upon the government of the Russian Federation to comply with international and regional standards for freedom of expression and to:

– Cease all forms of harassment and intimidation of journalists, and ensure the freedom of opposition and independent media organisations;

– Ensure that anti-extremism legislation is used only in the context of statements and actions that are intended to incite violence, and where there is a direct and immediate link between the action and the likelihood or occurrence of violence, or statements that incite discrimination, hostility or violence; and

– To create an environment that encourages media pluralism and political debate, and where a diverse media can operate safely and without obstruction.

ARTICLE 19 is an independent human rights organisation that works around the world to protect and promote the right to freedom of expression. It takes its name from Article 19 of the Universal Declaration of Human Rights, which guarantees free speech.