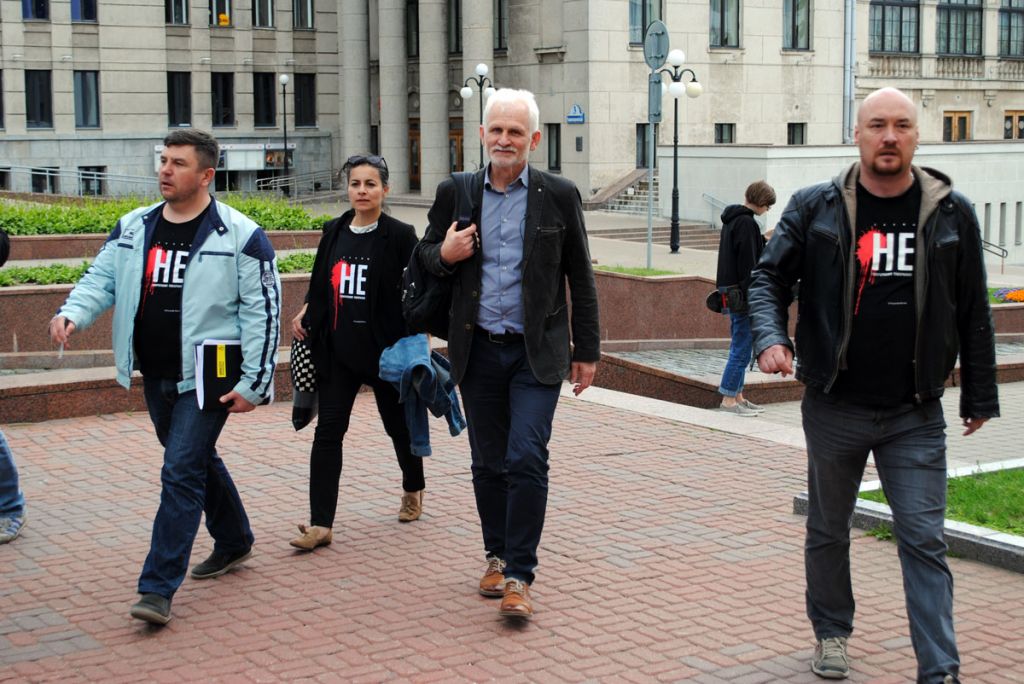 18 thousand signatures under the petition to abolish death penalty were handed over to President’s Administration by human rights defenders on 6 July. Signatures, collected in the framework of the global Amnesty International campaign, were brought to Administration by a representative of this organisation Aisha Jung.

People from all over the world call on Belarus authorities to take a first step towards abolition of death penalty by imposing a moratorium on death sentences.

Viasna representatives Ales Bialiatski, Valiantsin Stefanovich and coordinator of the campaign for abolition of death penalty in Belarus Andrei Paluda joined Aisha Jung during the process of handing over signatures to Administration.

The petition reminds that Belarus is the last country in Europe applying death sentences. Since 1990, over 400 people have been sentenced in Belarus, and only for one convicted death sentence was changed to deprivation of freedom in prison. In 2017, one death execution has been carried out. The Homel resident Siarhei Vostrykau had his appeal dismissed by the Supreme Court and was shot dead in late April. One more person is awaiting execution – Mazyr town resident Kiryl Kazachok who refused to appeal.

Presidential Administration official registered the appeal from Ales Bialiatski and Valiantsin Stefanovich and accepted the handed signatures. According to the legislation, an official reply has to be given within a month.

It should be noted, that the resolution of the OSCE Parliamentary Assembly on the Eastern Europe adopted in Minsk on July 11, among other things, calls for the government of Belarus to “immediately withdraw all issued death sentences, and to work to abolish the death penalty,” and “to undertake necessary measures in order to ensure that future elections will be free and fair, including the time before, during and after the election.”

The first death sentence in 2017 is executed in Belarus

Belarus: the first death sentence in 2017