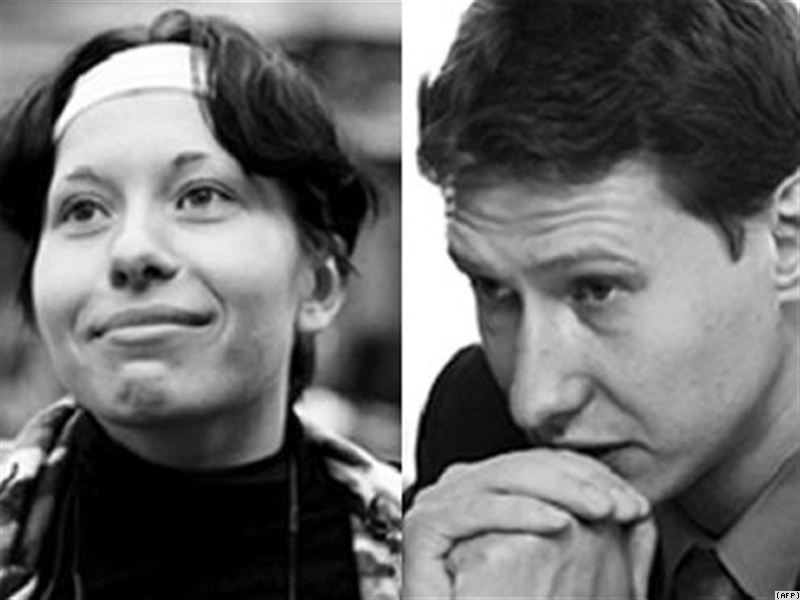 English PEN welcomes the conviction and sentencing of two people in connection to the 2009 double murder of freelance journalist Anastasiya Baburova and human rights lawyer Stanislav Markelov, in a trial described by the Committee to Protect Journalists as ‘a landmark victory in the fight against impunity in press killings in Russia’. 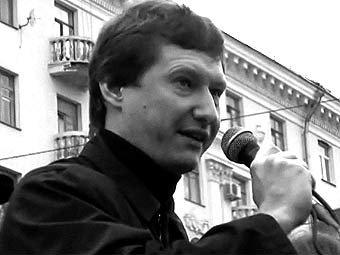 The two were attacked in Moscow on 20 January 2009 as they left a press conference at the Independent Press Centre.

Fighting fo justice
Markelov (left), a human rights lawyer, had worked for Novaya Gazeta and had represented the journalist Anna Politkovskaya before her assassination in October 2006, as well as the families of Chechens who had disappeared.

Just hours before his killing, he had issued a statement protesting the early release of a Russian army officer who had been convicted in 2003 for the murder of a Chechen girl.

Double murder
At around 3 p.m., Baburova (right), 25, and Markelov, 34, were walking together toward a subway station in downtown Moscow after a press conference when a gunman shot Markelov in the back of the head. Baburova reportedly attempted to apprehend the gunman, but was 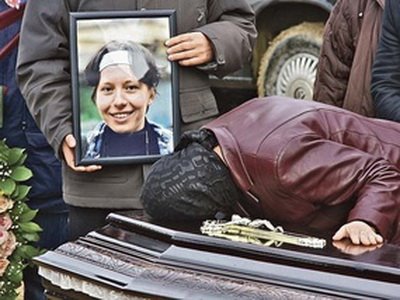 herself shot in the head, and later died in hospital.

Baburova had joined Novaya Gazeta in October 2008 and had been researching neo-Nazism and race-motivated crimes in Russia.

The double slaying, committed within walking distance of the Kremlin, became probably the most publicized crime of 2009 in the Russian Federation. It also came as a crushing blow to Novaya Gazeta, which had already lost four journalists to murders in the eight years prior to that.

Murders connected with ultra-nationalists
On 5 November 2009, a Russian Investigative Committee charged Nikita Tikhonov (29) and Yevgenia Khasis (24) with Markelov and Baburova’s murder. The accused were reported to have been members of the Russian National Union, an ultra-nationalist radical group which has been banned in the country.

Tikhonov had been wanted in the Russian Federation since 2006 for the murder of 19-year-old anti-fascist activist Aleksandr Ryukhin. Markelov defended Ryukhin’s mother in that murder case. 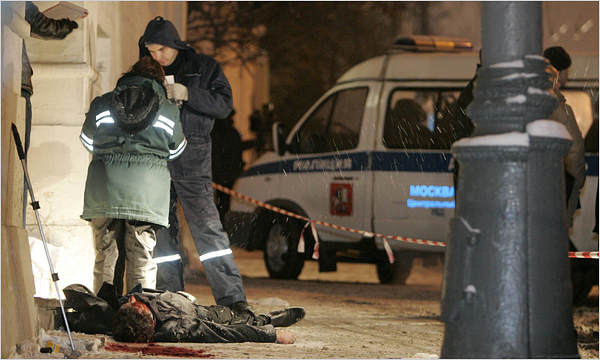 n 28 April 2011 of killing Markelov and Baburova, as well as of the illegal appropriation and possession of firearms and the forgery of personal identity documents.

“We urge Russian authorities to continue their good work in this important case and bring all the perpetrators to justice,” noticed Ognianova.

“IPI is delighted with the judgment in the Markelov, Baburova murder case and hope that this serves as a precedent for other similar trials in the short term and as a deterrent for crimes against journalists in the long run.” IPI Director Alison Bethel McKenzie said.

Unfortunately, the problems facing the media in Russia were again highlighted when a journalist working for the Russian Islamic newspaper, As-Salam, was reportedly killed in Russia’s North 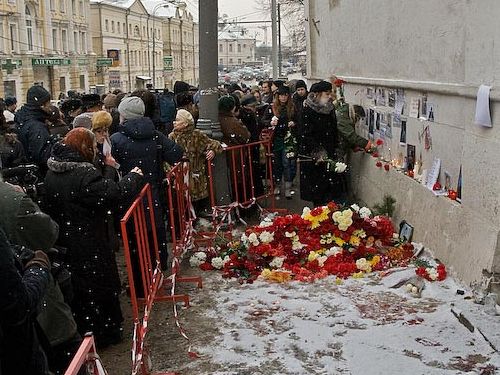 Caucasus region of Dagestan on Sunday.

“The murder of Mr. Magomedov is a grim reminder that the media in Russia is not safe and we demand a thorough investigation to ensure that the perpetrators are brought to justice,” McKenzie added.

Acknowledgements
English PEN thanks all members who wrote appeals following the murders of Markelov and Baburova.

For the Committee to Protect Journalists’ (CPJ) report on attacks on the press in Russia, 2010, please click here.

Trial coming up for two suspects in Moscow double murder

Murder of Markelov and Baburova in Moscow condemned

Russia is stunned by its two most recent high-profile murders

Letter to the President Medvedev regarding the killing of Stanislav Markelov