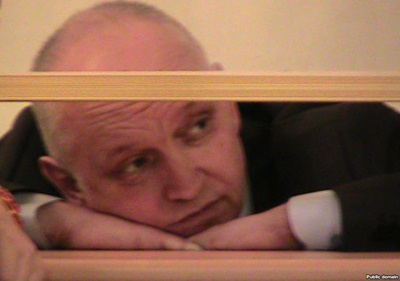 The Norwegian Helsinki Committee is disappointed to learn of the seven-and-a-half-year prison sentence given to Kazakhstan’s opposition leader Vladimir Kozlov on 8 October 2012. Kozlov, head of the main opposition party in Kazakhstan, Alga! (Forward), was convicted for allegedly “inciting social discord”.

Norwegian Helsinki Committee is concerned at what it considers to be a major step backwards for political pluralism in Kazakhstan, said Secretary General of the Norwegian Helsinki Committee, Bjørn Engesland. “Authorities in Kazakhstan should seek to improve civil and political rights in the country, not stifle valid opposition. The verdict against Kozlov appears politically motivated and injust”.

Article 164 of Kazakhstan’s criminal code includes an excessively vague definition of the term “inciting social discord” which allows for politically biased interpretations by the prosecution and courts in cases such as that of Vladimir Kozlov.

The Norwegian Helsinki Committee was among international observers following the trial. While open to outside monitors, the backdrop of the trial was deeply politicised. The government of Kazakhstan has sought to place the blame for the tragedy in Zhanaozen in December 2011 on the country’s marginalised opposition rather than on those who ordered and fired the shots that killed 16 protesting oil-workers.

The court also ordered all Kozlov’s assets seized, including Alga! party’s property that is registered under his name. This will effectively silence one of the few remaining political forces in Kazakhstan offering robust opposition to Nazarbayev and his administration. Alga! “will most likely cease to exist”, Rico Isaacs, a lecturer in International Studies at the UK’s Oxford Brookes University specialising in Kazakh politics, told. “Alga! is the only party which provides regular scrutiny and oversight of the Kazakh authorities” at a time when other opposition forces “are marginalised”, Isaacs said.

To prove Kozlov’s guilt, prosecutors relied on circumstantial evidence and resorted to tactics such as calling an expert witness who testified that the opposition politician was a “bohemian personality”. That witness was cited in a report last month by the US-based non-profit National Democratic Institute (NDI), which compared proceedings to a “Stalin-era political trial”. NDI and US-based watchdog Freedom House have alleged numerous violations of due process during the trial. Astana vigorously disputes the allegations. “The United States and other international actors will not want to put too much pressure on Kazakhstan over the trial of Kozlov in fear of jeopardising Kazakhstan’s place in the [Northern Distribution] network”, Isaacs said.

Washington’s careful approach was evident during US Secretary of State Hillary Clinton’s early October meeting with newly appointed Kazakhstani Foreign Minister Yerlan Idrisov. Clinton had plenty to say about Kazakhstan’s contribution to regional security, praising the country as “a critical link in the Northern Distribution Network”. Clinton had nothing whatsoever to say about Kozlov’s trial, but — in remarks apparently crafted to please Nazarbayev, ever keen to project an image as an elder statesman — she praised Kazakhstan as “not just a regional presence, but a global leader”.

Kozlov’s trial has raised questions about Kazakhstan’s commitment to political freedoms. Prosecution arguments hinged on allegations that Kozlov acted in a criminal conspiracy with fugitive oligarch Mukhtar Ablyazov in a bid to overthrow Nazarbayev, Ablyazov’s political foe, by politicising a protracted oil strike in Zhanaozen. Hundreds of workers from oil fields of western Kazakhstan have been on strike demanding better pay and working conditions since May 2011. NHC visited Aktau and Zhanaozen in September 2011, learning about the situation. The Kazakh oil companies claim that the oil workers have higher average salaries than other sectors of Kazakhstan business; while the oil workers point to high costs of living and tough conditions of work in the oil sector. Zhanaozen is an isolated city in a desert-like surrounding, and everything must be brought in, making living costs much higher than in the rest of the country.

The strikes and protests by the oil workers have not been met by dialogue efforts by their employers and Kazakh authorities. About thousand oil workers have been fired and replaced by others. At the same time, the strikes have proven to be costly not only for the striking oil workers but also for the oil companies that have lost millions due to reduced production.

On this background, social unrest and strikes may not be seen as a result of an ideological or religiously driven radicalisation, but rather as a reaction to poor distribution of the wealth created by Kazakhstan’s expanding petroleum industry. Instead of accepting that striking oil workers lose their work, authorities could initiate serious dialogue on how to improve their situation and on the overall question of improving living conditions for ordinary Kazakhstanis.