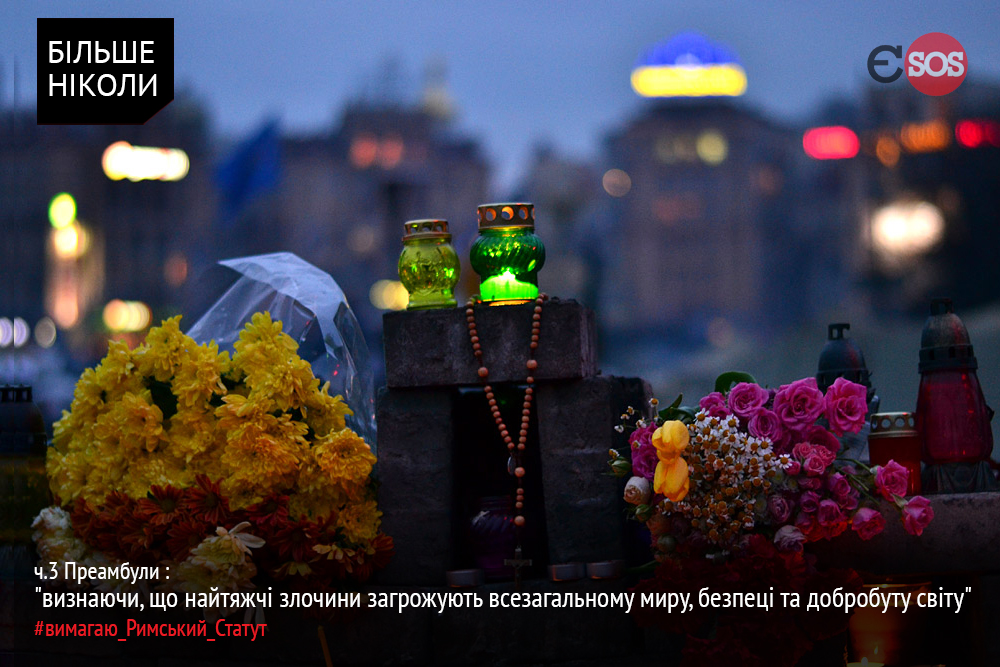 “On the eve of elections, there is a temptation for Ukrainian authorities to say that the investigation into Euromaidan is finished… but they haven’t fulfilled one of the key requirements of Euromaidan – to stop impunity and bring rule of law to the country.”

The post-Euromaidan situation has been dominated by the failure to investigate and bring the people responsible for human rights violations and crimes to justice, as well as the ongoing conflict in the Eastern part of Ukraine and the Russian annexation of Crimea.

Euromaidan protests began in November 2013 in favour of closer ties with Europe. As the government began to respond violently to the protests, their focus shifted to also include the use of excessive force, government corruption, and human rights violations.

The violence peaked between 18 and 20  February 2014, a period in which police employed tear gas and stun grenades, and armed security forces, including snipers, reportedly began firing on protestors. This violent period resulted in the deaths of 114 people, including 17 police officers. Euromaidan participants also experienced torture, enforced disappearances, beatings, and falsified criminal cases at the hands of the authorities.

Five years on, impunity remains a major concern, not just for killings and violations committed during Euromaidan, but for a failure to bring to justice those responsible for more recent attacks against activists and journalists.

Harassment and attacks have been particularly targeted at activists opposing corruption and organised crime, working on LGBT issues, being part of the feminist movement, and striving to protect land and environmental rights.

Among the victims of these attacks is former Euromaidan and anti-corruption activist Kateryna Gandziuk, who was severely burned in an acid attack on 31 July 2018 and died on 4 November 2018 from her injuries. Earlier, on 20 July 2016, journalist Pavel Sheremet was killed in a car bomb attack in Kyiv.

Many positive reforms started after Euromaidan – such as in energy, defense, education, and health systems, and in the transparency of spending state funds – but no significant reforms have been achieved in the justice system.

Pechonchyk asserts that police reform stopped at the surface, on the level of new patrol police. Reform of the prosecutors’ office failed and reform of the judiciary faces major difficulties, with old corrupted and politically dependent judges continuing to dispense justice.

Vadym Pyvavarov, executive director of Association UMDPL, member of the Educational Human Rights House Chernihiv, warns that the old system of in-house investigations of police actions remains in place: “On the one hand it allows the police to conceal police violations, and on the other hand it vests the chiefs with unduly broad powers to punish subordinates.”

“Although reforms have destroyed some of the relics of the old system, a significant number of problems remain unsolved. About 1,700 fighters of the former ‘Berkut’ riot police force continue to serve in the National Police,” continues Pyvavarov.

At the beginning of February 2019, Ukraine’s Prosecutor General announced the completion of the investigation into cases of murders of Euromaidan activists, but so far, no assessment has been made of who at the highest level gave orders to shoot protesters, let alone investigate more “minor” cases not related to the killings.

“It is important that the political factors and the desire of someone to “tick” the box in the eyes of voters do not disrupt the investigation, and that there will be no political pressure on investigators. The attention of civil society, media and international partners is crucial to this,” states Pechonchyk.

While independent civil society received more space and possibilities after Euromaidan to influence reforms in Ukraine, including human rights related changes, the environment for the work of human rights defenders and anti-corruption activists remains unfavourable.

In addition to impunity for crimes against defenders and activists, the Ukrainian authorities have passed and proposed laws that impede the functioning and independence of civil society.

On 23 March 2017, the Ukraine parliament adopted amendments to the legislation governing the electronic declaration of the wealth of State officials and civil servants (law “on corruption prevention”).

Some 31 member and partner organisations of Human Rights Houses raised concerns that the aim of the legislation is to intimidate civil society working on corruption issues in Ukraine, and ultimately to discredit NGOs.

Another two proposed laws would have obliged non-governmental organisations to publicly publish detailed online reports on their employees and funding. Ukrainian organisations labelled this as “disproportionate interference” in their activities. The laws were not adopted, partly thanks to the campaign by human rights organisations against them.

“This year, 2019, is an election year for Ukraine: we elect a new president in spring and a new parliament in autumn. This reboot of power can open up new doors and opportunities for civil society to restart the reform of law enforcement and the judicial system,” concludes Pechonchyk.

“A strong, independent civil society is key in pushing for and advising on actions to tackle impunity and in contributing to justice reform, yet as we have seen, activists and human rights defenders are also often the victims of such impunity,” comments Ane Tusvik Bonde, Senior Advisor at Human Rights House Foundation.

“Instead of hindering critical voices, the Ukrainian authorities should step up to protect human rights defenders, journalists, and activists,” continues Tusvik Bonde. “With Ukraine putting itself forward internationally as a strong advocate for human rights, it must ensure it upholds the highest standards at home.”

Ukraine was elected as a member of the UN Human Rights Council for 2018-2020.