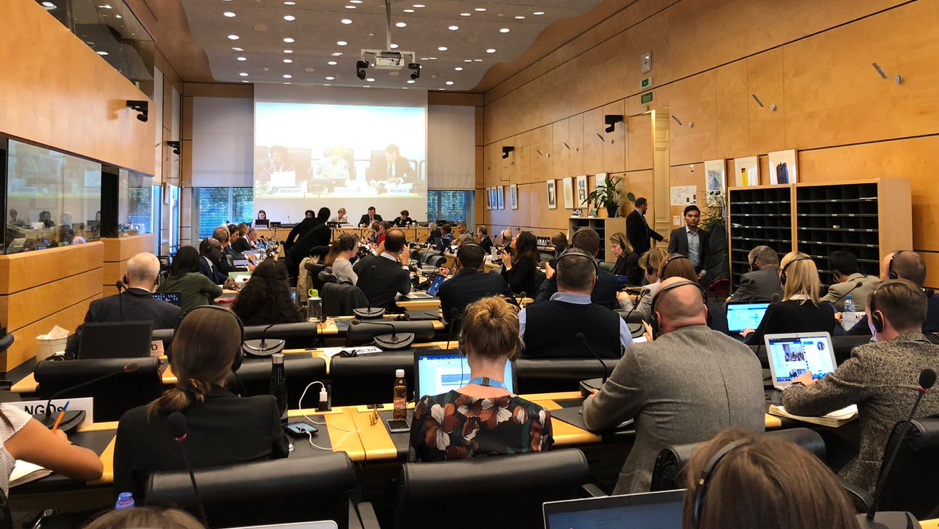 Following its first review of Belarus in 21 years, the UN Human Rights Committee concluded that there are “many issues to address.” Human rights defenders warn that these findings need to translate to changes in the country.

“The concluding observations include the death penalty, torture, treatment of prisoners, enforced disappearance, and domestic violence – our principal matters of concern,” commented Victoria Fedorova, chairperson of Legal Initiative, member of Barys Zvozskau Belarusian Human Rights House. Both organisations were among a coalition civil society organisations that submitted a report to the review.

“Implementation is a critical part of the obligations under the Covenant. Belarus should not only submit reports and participate in dialogue, but also respect and implement the views and findings of the Committee,” continued Fedorova.

In Belarus, executions are carried out in explicit contradiction of the requests made by the Human Rights Committee, for “interim measures” to protect individuals facing the death penalty in order to allow time for the Committee to investigate such cases.

“Belarus should take measures to implement the recommendations made by Committee. We are ready to assist the State in the implementation of international human rights standards. All we need is a true desire to improve the human rights situation at the legislative and law enforcement level,” concluded Fedorova.

The last time that Belarus was reviewed by the Human Rights Committee was in 1997, based on a report submitted by Belarus in 1995, just a year after Alexandr Lukashenko assumed office as President of the Republic of Belarus. This long period of time between reviews came about as the result of Belarus’ refusal to submit reports to the Committee in the interim, and it is emblematic of the wider lack of engagement of Belarus with international human rights mechanisms.

Findings of the review

Presenting its conclusions, the Committee said that Belarus had many issues to address, and that while it has been 21 years since Belarus was last reviewed, it has had a significant number of individual communications with the State. Yet most of those interactions “were not very constructive”.

The Committee highlighted at least 11 death penalty cases in which the Committee asked for stays of execution in order to conduct further investigations, and in every case the executions went ahead. Committee members asked Belarus for an update on the most recent case the Committee had raised with Belarus and stressed that its opinions are not “advisory”.

A representative of Belarus, speaking at the Committee, responded: “Our views on this [the death penalty] are well known… national laws prevail over the views of the Committee. We have not heard any swaying arguments from the Committee on this.”

The Committee replied that when Belarus “self-judges” its own implementation of the Covenant, instead of recognising the views of the Committee, it defeats the whole purpose of ratifying the Treaty.

Quite aside from Belarus being the only remaining European country that executes people, its implementation of the death penalty is almost universally condemned. The Human Rights Committee has cited multiple examples of executed individuals facing procedural violations and ill-treatment. Yet, as mentioned, the Belarusian government continues to ignore interim protection measures.

The UN Committee Against Torture’s (CAT’s) review of Belarus at the end of April 2018 also focused on this, finding it “very regrettable” that no progress has been made by Belarus on the issue of the death penalty, despite numerous recommendations given at its last review.

Belarus is not a member of the Council of Europe largely due to its use of the death penalty, and the EU has for many years urged Belarus to end the practice.

In an interview with HRHF, Miklós Haraszti recalls “fighting an uphill battle” in his six years as UN Special Rapporteur on Belarus, as his tenure comes to an end. Ultimately, he reflects on how the mandate has ensured international scrutiny of the human rights situation and provided a bulwark against some of the worst violations.

This article was published as part of the October 2018 newsletter from the Human Rights Houses and HRHF.