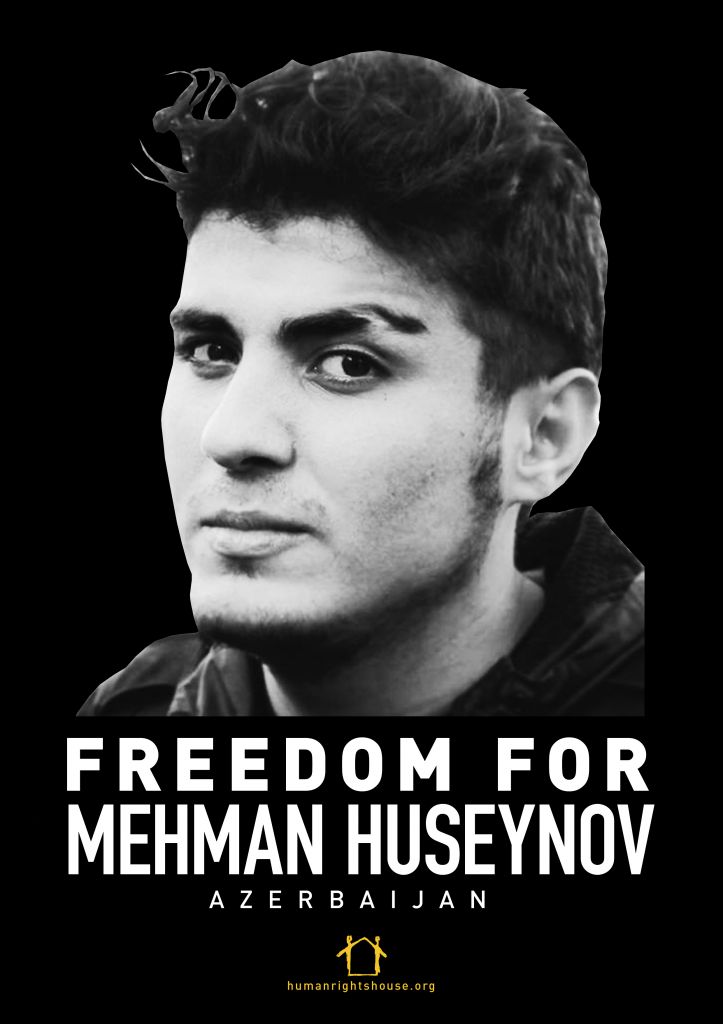 Mehman Huseynov, sentenced to two years in prison for defamation, for complaining of having been tortured while in police custody, has had his conviction upheld by the Court of Appeal.

During the three-day hearing, his defence lawyers argued that the court of first instance had failed to examine case materials altogether, only looking at the complaint from the head of the Nasimi Police and Mehman Huseynov’s statement, and had rejected requests to question witnesses and check video footage. The Court of Appeal supported these decisions.

Mehman Huseynov was able to speak during the hearing. He recalled the persecution against him since 2012, and details of how he was tortured. He then said: “I am not here only for myself. I am here so that your children are not in my place tomorrow. If you uphold the judgement against me, you have no guarantees that you and your children will not be in my place tomorrow.”

In January 2017, Mehman Huseynov was detained after being pushed into an unmarked vehicle in Baku by unidentified assailants in civilian clothing. After being released, following a fine of 200 AZN (around 100 euros) for disobeying the police, he reported that he had been tortured while in police custody. Based on this, the Nasimi district chief of police filed a complaint against him for defamation.

Previously, the Appeal Court rejected all motions by the defence related to procedural elements on 29 March, such as requesting for Mehman Huseynov to sit with his lawyers and not be held in court in a cage.

“There is little justice to be found for Human Rights Defenders in the Azerbaijani courts. The Court has shown this today by rejecting the appeal of Mehman Huseynov, just as the courts did in the politically motivated trials of Khadija Ismayil, Intigam Aliyev, Rasul Jafarov, and other human rights defenders imprisoned in recent years, commented Maria Dahle, Executive Director of HRHF.

“Mehman Huseynov’s allegations of torture, with evidence to support them, should not lead to him suffering a two-year prison sentence, but to a thorough and impartial investigation into the use of torture by the authorities, to ensure that the perpetrators are brought to justice,” she added.

HRHF continues to call for the immediate and unconditional release of Mehman Huseynov. 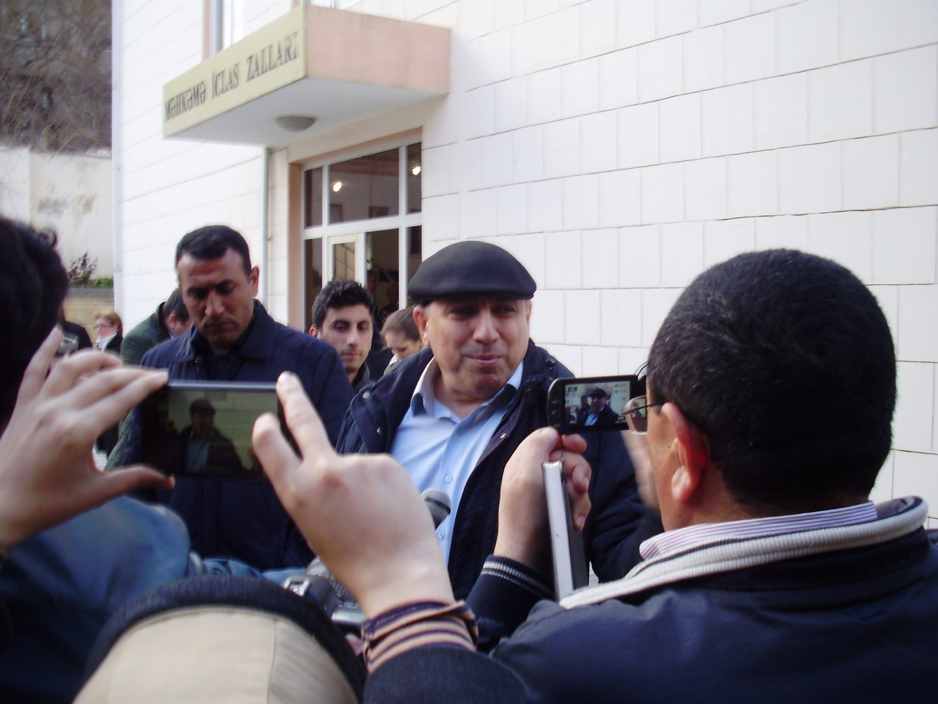 Mehman Huseynov’s lawyers speak outside the courtroom in Baku

A trial observer from Article 42, member organisation of Human Rights House Tbilisi, attended the first day of the hearing on Monday 10 April.

She reported: “Mehman looked good. He was smiling all the time and the smile did not leave his face. From time to time he was speaking to the coming people through the semi-glass cage, using his hands. He was not given an opportunity to speak, but called on to confirm the motions of his lawyers.”

On this first day of the hearing, after the court rejected all of the motions put forward by the defence, Mehman Huseynov’s lawyers filed a protest regarding the court composition, calling for it to be dismissed. This was later rejected by the Court.

The observer noted that many people gathered at the court but not all were permitted to enter. Those that we able to enter included embassy representations – from Germany, France, Norway, the US, and European Union – as well as representatives from NGOs and media.

Mehman Huseynov’s lawyers said that they would appeal the case to the Supreme Court.

Azerbaijani authorities have repeatedly ignored international and European warnings and recommendations to improve the human rights situation in the country. It is time for States to act when they attend the UN Human Rights Council next week.

At the UN Human Rights Council in March 2017, Azerbaijani human rights defenders gave accounts of the worrying human rights situation in the country and the need for the international community to respond.