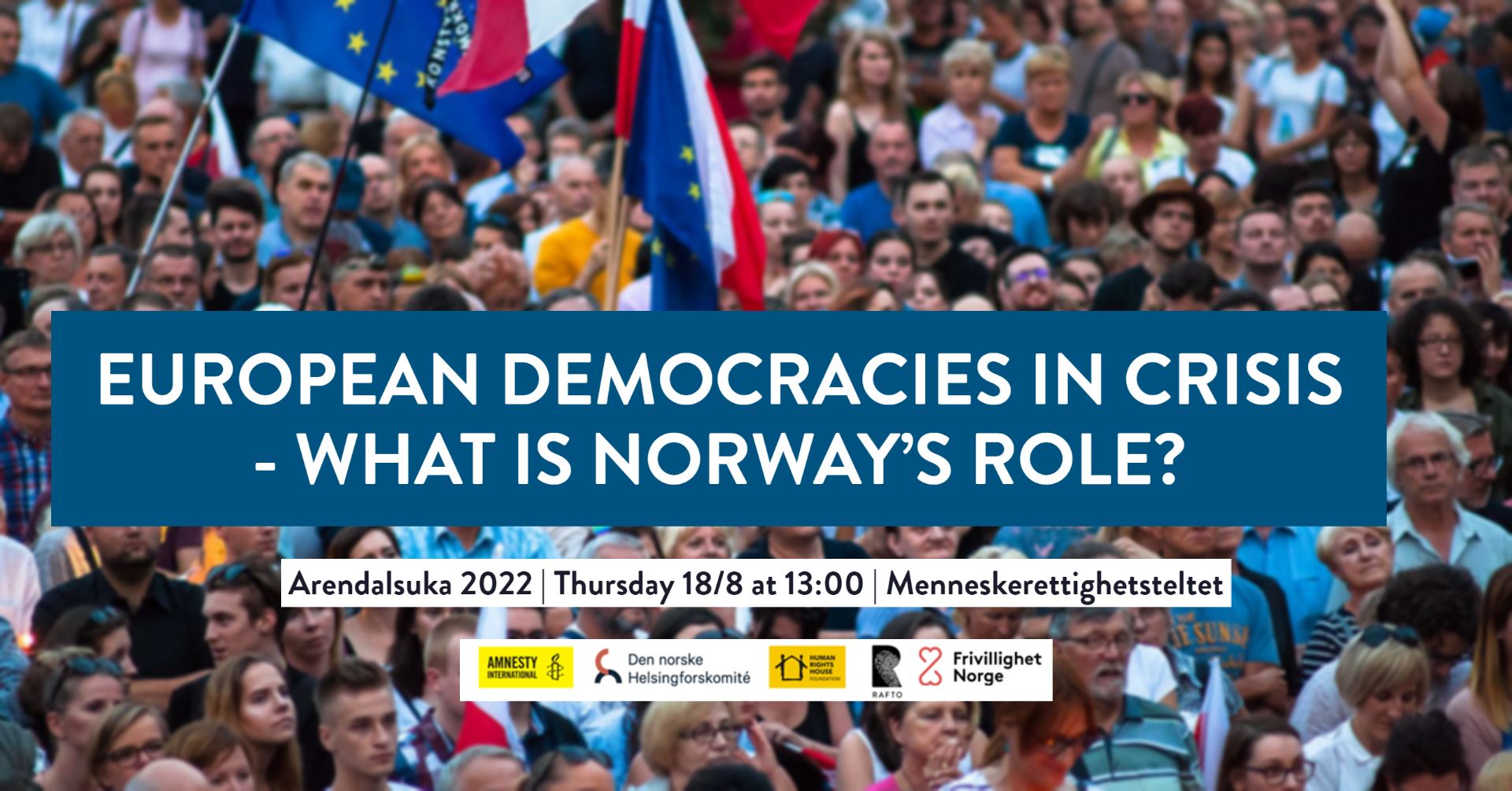 Published: August 16, 2022 Author: Human Rights House Foundation
This event is organised by Human Rights House Foundation, Amnesty International Norway, The Norwegian Helsinki Committee, the Rafto Foundation and Frivilighet Norge.
Many countries in Europe experience democratic problems such as authoritarian and corrupt governments; attacks on freedom of expression and targeting of vulnerable groups such as LGBTQI+, Roma, and refugees.
The key to combatting these issues is often found in civil society, that keeps fighting back, protecting people’s rights, and taking responsibility for severe political and social issues such as climate change, and an increasing number of refugees from Ukraine, often fuelled by massive funding and support from Norway.
What are the most likely developments for democracy, rule of law, and the protection of civil rights in countries such as Poland, Hungary, and Romania over the next few years? Who can take a lead in creating change? And how can civil society contribute to improving European democracy with support from the Norwegian grants?
We have invited three leading experts from Poland, Hungary, and Romania to Arendal for a conversation about the future of Europe.
PANEL:
• Marta Lempart, Activist, Womens’ Strike, Poland
• Áron Demeter, Program Director, Amnesty International, Hungary
• Ionut Sibian, Executive Director, Foundation for the Development of Civil Society, Romania
• Iver Ørstavik, Senior Adviser, Rafto Foundation for Human Rights