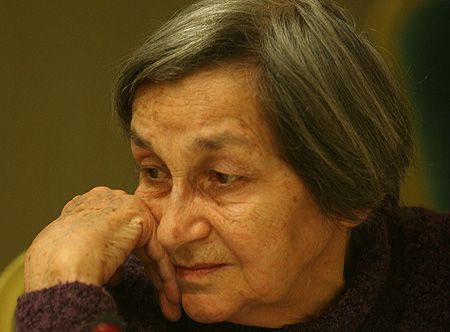 Romania needs a moral awakening, the 1989 Rafto laureate Doina Cornea tells Norwegian activists. Doina Cornea (81) was awarded the Rafto Prize in 1989 for her work as a dissident during the communist regime of Nicolae Ceauşescu. Today she sadly speaks about youth’s moral decay, corruption and dirty politics in her country. 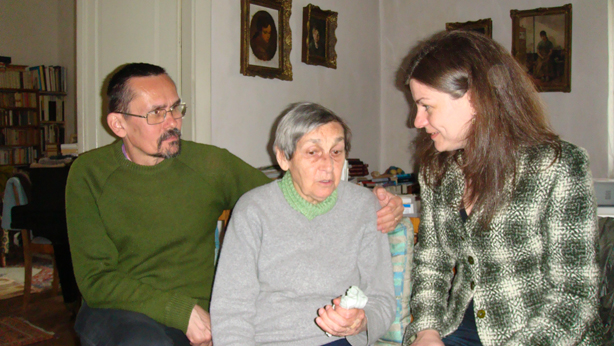 When communist critic Doina Cornea was awarded the Rafto Prize in the autumn of 1989 she was under house arrest in Romania and could not herself attend the prize ceremony in Bergen.

Ever since, the Rafto Foundation has wanted to give her the official portrait along with private photos from the ceremony. In April 2010, local activists Tor Benjaminsen and Georgiana Ispas from the Bergen-based “Romaniahjelpen” (“Help Romania” foundation) agreed to transport the photographs to Romania. On arrival, they managed to arrange a meeting with the laureate in her home in Cluj in the north-west of Romania.

Romania’s moral decay
Cornea has for several years been cautious about giving interviews to the press. Thus, for Georgiana Ispas, herself Romanian but now living in Norway, it was a proud moment to meet Cornea.

“All Romanians remembers her and her struggle for a free Romania. She is a symbol of courage and perseverance”.

“Cornea talked about an urgent need for a moral and spiritual awakening in Romania today,” Ispas recounts. She has little confidence in the political establishment’s ability to improve the country’s future. The political system, Cornea felt, is marked by widespread corruption, and public-sector employment is popular among young people as a means to achieve material wealth through an often easy, but dishonest path. Cornea characterized this as the “moral decay” of Romania’s youth,” Ispas says.

Doina Cornea, once a professor of French at Babeş-Bolyai University, was a vigorous human rights activist during the brutal regime of Nicolae Ceauşescu. Constantly followed and threatened by the secret police, Cornea organised demonstrations and led protests against the regime, urging for freedom of speech and free thought.

She became one of the leaders of the movement for a free Romania up until 1989. During the 1980’s she was fired from her university job, imprisoned and tortured because of her outspoken views.

Cornea’s health is now failing and she is tired after many years as an outspoken voice also in the post communist country’s public debate.

“We had heard about her reluctance to meet with people to talk about her struggle against Ceauşescu,” Tor Benjaminsen says.

Change through education
Ispas describes Cornea’s view on how children grow up in a society where the education system is failing and opportunities for a good life are few. “In such a situation, morals are the first thing to go,” Cornea says.

“She was very clear on this: economic and material aid to the people of Romania will not be enough in the long run,” Ispas says. Change in Romania will have to come from Romanians themselves.

The role of the education system in teaching morals and constituting a positive example of hope, honesty and hard work was in this sense seen as crucial by Cornea. By restoring childrens’ confidence in themselves and their own abilities, Romania can slowly be rebuilt. Cornea pleads for help from the international community in achieving th 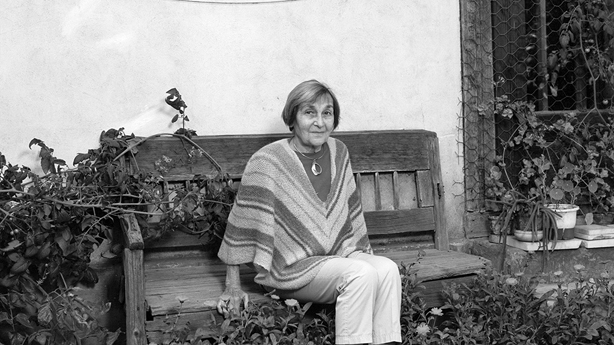 Dirty politics
Cornea is still asked to comment on policy and current events in Romania. According to Ispas, however, the Rafto laureate has chosen to distance herself more and more from politics.

“She told me that politics to her has become too much of a dirty game. Corruption is defining the whole system. Romania today is a country divided into either helplessly poor or agonisingly rich. There is no middle class and the intellectuals who made their voice heard during communism have now disappeared from public debate.

Cornea, though crooked and worn by age and worry, still radiated “an amazing energy”, Benjaminsen says.

“She spoke with firmness and a lot of humour. What was to have been a half hour interview actually lasted one and a half hours.”