Published: November 2, 2009 Author: HRH in Bergen, based on rafto.no, englishpen.org

The 2009 Rafto Prize for Human Rights was awarded to journalist and human rights defender Malahat Nasibova from Azerbaijan on 1 November. The award ceremony took place at the National Venue of Theatre in Bergen, Norway. 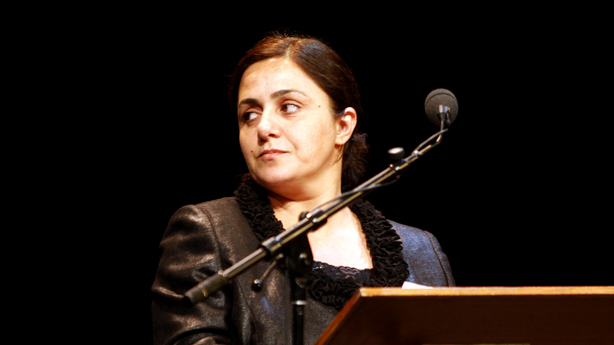 “I am receiving this award on behalf of all those people in Azerbaijan and around the world who are struggling for democracy, human rights and the freedom of speech. I hope the recognition we received here will bring the attention of the international community to the problems of our region”, – added Nasibova.

Our voices have been heard
Two days prior to the Award Ceremony, Nasibova participated at the Rafto Symposium about the fight for freedom of expression. Also she gave interviews to Norwegian media.

– As journalists and human rights activists, we report on crime, corruption and human rights abuses, we seek accountability and demand justice, said Nasibova in her speech at the Rafto Symposium at the Radisson Blu Royal Hotel, Bryggen in Bergen. 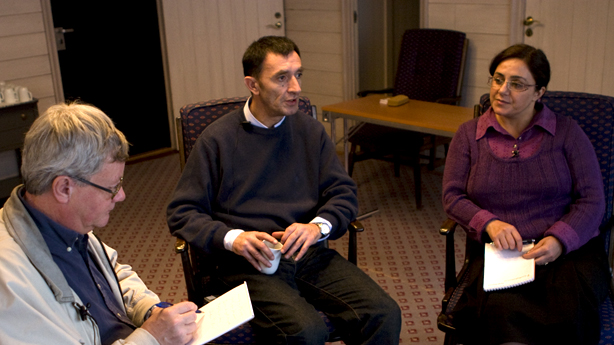 In such a bleak landscape, what are our tools?– We have Radio Free Europe/Radio Liberty, says Nasibova. Despite the ban on international broadcasters on FM and MW, people tune in on satellite dish or try to listen to programs on shortwave, but they close their windows first. There are opposition newspapers and independent newspapers like Turan and Azadliq, but they are distributed secretly. People discuss events and look for answers at tea houses, but they are closed or put under surveillance to stop such chatter. People gather to discuss current events, but unofficial decree was passed two years ago outlawing groups of more than two people in the markets or on the street.

– But our voices have been heard. It doesn’t end the abuse of power or provide justice, but it can open the prison gates and save a life – when strangers, across the ocean, in Europe, Asia or the United States raise a protest, question an official or organize an appeal about a case that offends their sense of justice and decency or a person they have never seen, states Malahat Nasibova.

“English PEN is alarmed about the poor state of freedom of expression in Azerbaijan, and calls for the immediate and unconditional release of Alibeili and Nozruzoglu, and all those currently detained in violation of their right to freedom of expression, as guaranteed by Article 19 of the United Nations Covenant on Civil and Political Rights (ICCPR), to which Azerbaijan is a state party.”

Thorolf Rafto (July 6, 1922 – November 4, 1986) was a human rights activist and professor in Economic History at the Norwegian School of Economics and Business Administration in Bergen, Norway. During a visit to Prague in 1979 to hold a lecture for students excluded from the universities for political reasons, Rafto was beaten up by the communist security police. He suffered from the inflicted injuries the rest of his life and died in 1986 at the age of 64. The Rafto Foundation for Human Rights was established the same year, in gratitude for his efforts and inspiration.