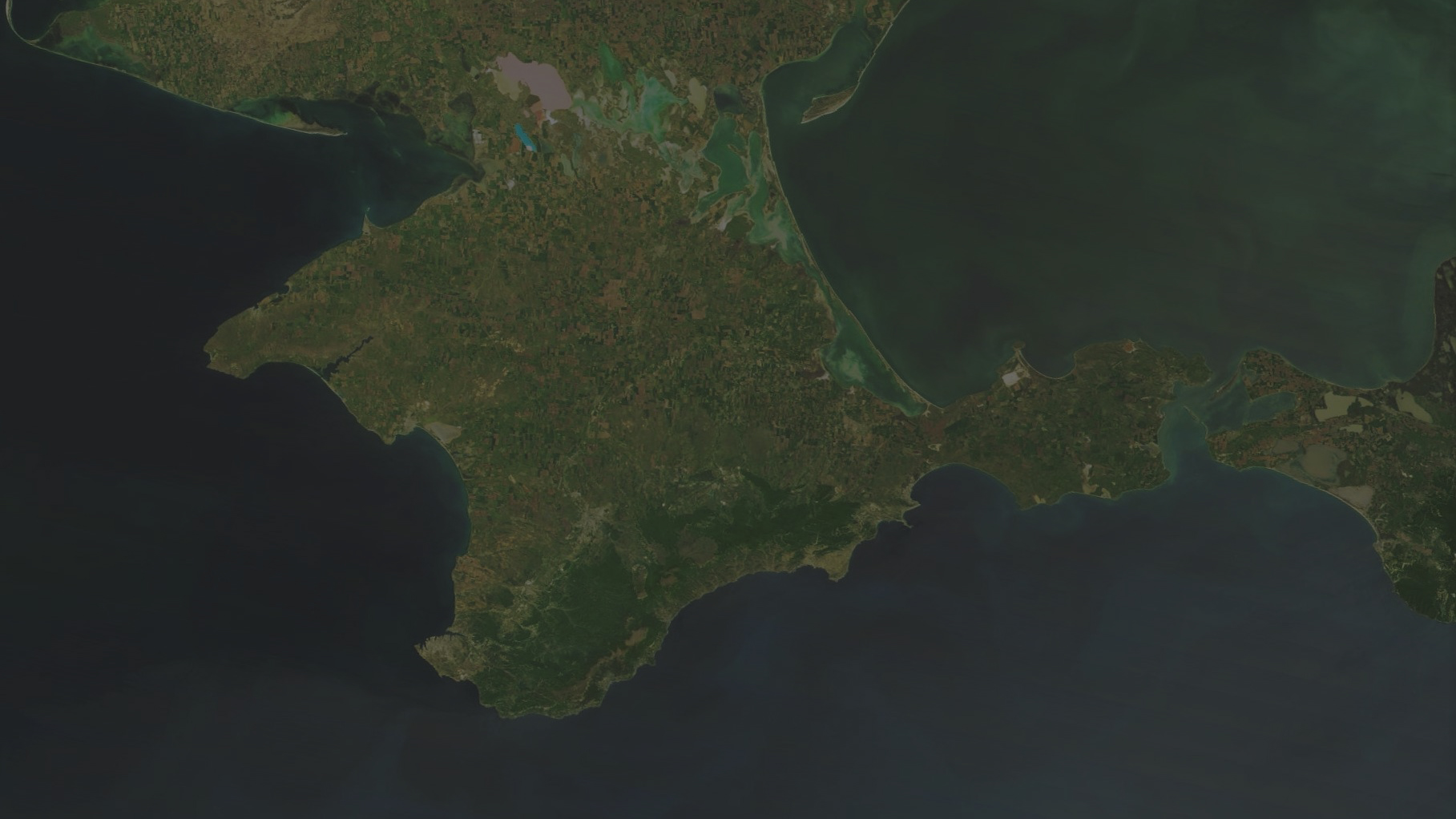 Nine Ukrainian CSOs including Human Rights House Crimea and all of its member organisations have jointly raised concerns on the treatment of persons in detention in Crimea during Covid-19 Crisis. They call on the Russian Federation as the peninsulas occupying power to take effective measures to combat Covid-19 in penitentiary systems. They also call on the international community to urge the Russian Federation to abide by its international human rights obligations, adhere to the recommendations of the WHO and the CPT, and to provide persons in detention with adequate care and medical assistance.

On March 17, the so-called “head of Crimea” Sergey Aksyonov declared a state of “high readiness” on the peninsula to prevent the spread of COVID-19, restricting the rights and freedoms of Crimean residents (prohibition of leaving’ one’s residence without good reason, prohibition of public events, temporary closure of the majority of commercial and service venues, introduction of distance learning, etc.). The same restrictions have been introduced by the de facto authorities of Sevastopol. In addition, checkpoints at the Russian border have been closed (preventing travel in or out of Crimea) on the orders of the Russian government while Russia’s Criminal and Administrative Codes have been supplemented with new provisions that provide for liability for violating said restrictions.

Since March 16 the Crimean Human Rights Group has been constantly monitoring the response of the occupying authorities in Crimea to the pandemic which shows that despite the aforementioned official decrees and measures, they came too late and that the de facto authorities had been ignoring the threat for too long without taking steps toward mitigating it. The situation with COVID-19 diagnosis in Crimea gives reason to say that official statistics on the number of COVID-19 cases does not reflect the true picture. Overall, Crimea’s healthcare today is unable to provide proper conditions for combating the spread of COVID-19 and treating COVID-19 patients. The local population does not have enough personal protection equipment. Furthermore, the new regulations that provide for liability for a breach of “quarantine” restrictions have resulted in abuse of power on the part of the police and Russia’s National Guard.

The above shows that Russia as the occupying power has failed to take the necessary steps to combat the spread of COVID-19 among the population of the occupied territory of the Autonomous Republic of Crimea and the city of Sevastopol, which may indicate a violation by Russia of its obligations under Article 56 of the 1949 Geneva Convention relative to the Protection of Civilian Persons in Time of War as well as Articles 10 and 14 of the 1977 Protocol Additional to the Geneva Conventions of 12 August 1949 relating to the Protection of Victims of International Armed Conflicts.

The situation of persons held in Crimean prisons and pre-trial detention facilities (PTDF) is particularly dire. To combat the spread of COVID-19 in prisons and PTDFs of Simferopol, long and short-term visits of relatives have been suspended, and employees with fever as well as persons that arrived from another state within the last 14 days have been denied access to the aforementioned institutions. Russia’s Federal Penitentiary Service has declared that any convicts or detainees with COVID-19 symptoms are to be taken to a medical facility. Crimean courts have restricted admission of citizens from March 19 to April 10, including in regards to access to court buildings, filing of documents and examination of cases. Cases on determining, extending or canceling restraining measures are still examined as urgent.

However, the actual state of affairs revealed in the course of the monitoring is highly concerning. Thus, at the PTDF No. 1 of Russia’s FPS Office in Crimea and Sevastopol:

Furthermore, occupying courts have not changed their usual practice when determining or extending restraining measures. Thus, between March 17 and April 17, first instance courts, as part of the politically motivated prosecution of Crimeans, ordered 35 persons to be detained for the duration of the pre-trial investigation in their cases as well as convicted one person. Of the 35 decisions on pre-trial detention, 19 were taken by the occupying courts and 15 by Russian courts.

During the same period, at least 26 decisions on detention and 1 conviction were upheld in the courts of appeal, with 19 of these verdicts delivered by the judges of the so-called “Supreme Court of the Republic of Crimea”.

In addition, some Ukrainian citizens are still being transferred from Crimea to Rostov-on-Don (Oleg Prykhodko), or from Rostov-on-Don back to Crimea (Ruslan Suleymanov, Seyran Murtaza, Erfan Osmanov) as part of investigation or for examination of their cases on merits. The transfers are conducted in unsanitary conditions and without providing the detainees with food.

Russia as a state party to the European Convention on Human Rights must ensure the right to life of Ukrainian citizens who are under Russia’s jurisdiction or are being held in penitentiary institutions of Russia and the occupying authorities of the temporarily occupied territory of the Autonomous Republic of Crimea and Sevastopol, as well as prevent torture or inhuman or degrading treatment as required by Article 3 of the Convention. In this regard it should be noted that failure to provide proper medical care to persons deprived of their liberty can be considered a breach of commitments under Article 3 of the Convention, which prohibits such conduct.

On March 20, 2020, the European Committee for the Prevention of Torture and Inhuman or Degrading Treatment or Punishment (CPT) of the Council of Europe adopted a Statement of Principles relating to the Treatment of Persons Deprived of Their Liberty in the Context of the Coronavirus Disease (hereinafter – Principles).

Paragraph 2 of the Principles states: “WHO guidelines on fighting the pandemic as well as national health and clinical guidelines consistent with international standards must be respected and implemented fully in all places of deprivation of liberty.”

Paragraph 5 of the Principles states: “As close personal contact encourages the spread of the virus, concerted efforts should be made by all relevant authorities to resort to alternatives to deprivation of liberty. Such an approach is imperative, in particular, in situations of overcrowding. Further, authorities should make greater use of alternatives to pre-trial detention, commutation of sentences, early release and probation; reassess the need to continue involuntary placement of psychiatric patients; discharge or release to community care, wherever appropriate, residents of social care homes; and refrain, to the maximum extent possible, from detaining migrants.”

Paragraph 6 of the Principles states: “As regards the provision of health care, special attention will be required to the specific needs of detained persons with particular regard to vulnerable groups and/or at-risk groups, such as older persons and persons with pre-existing medical conditions. This includes, inter alia, screening for COVID-19 and pathways to intensive care as required. Further, detained persons should receive additional psychological support from staff at this time.”

On March 15, 2020, the World Health Organization (WHO) adopted an interim guidance for UN member states titled Preparedness, Prevention and Control of COVID-19 in Prisons and Other Places of Detention.

Item 2 of the Guidance states, inter alia: “People deprived of their liberty […] are likely to be more vulnerable to various diseases and conditions. The very fact of being deprived of liberty generally implies that people in prisons and other places of detention live in close proximity with one another, which is likely to result in a heightened risk of person-to-person and droplet transmission of pathogens like COVID-19. In addition to demographic characteristics, people in prisons typically have a greater underlying burden of disease and worse health conditions than the general population, and frequently face greater exposure to risks such as smoking, poor hygiene and weak immune defence due to stress, poor nutrition, or prevalence of coexisting diseases […]”

Thus, Russia as the occupying power and a state party to the European Convention on Human Rights must take effective measures to combat COVID-19, including in its own penitentiary institutions as well as in those of the occupying authorities of the temporarily occupied territory of Crimea and Sevastopol. These measures could involve the following:

In light of the above, we call on international organizations and governments of democratic states to urge the Russian Federation to: