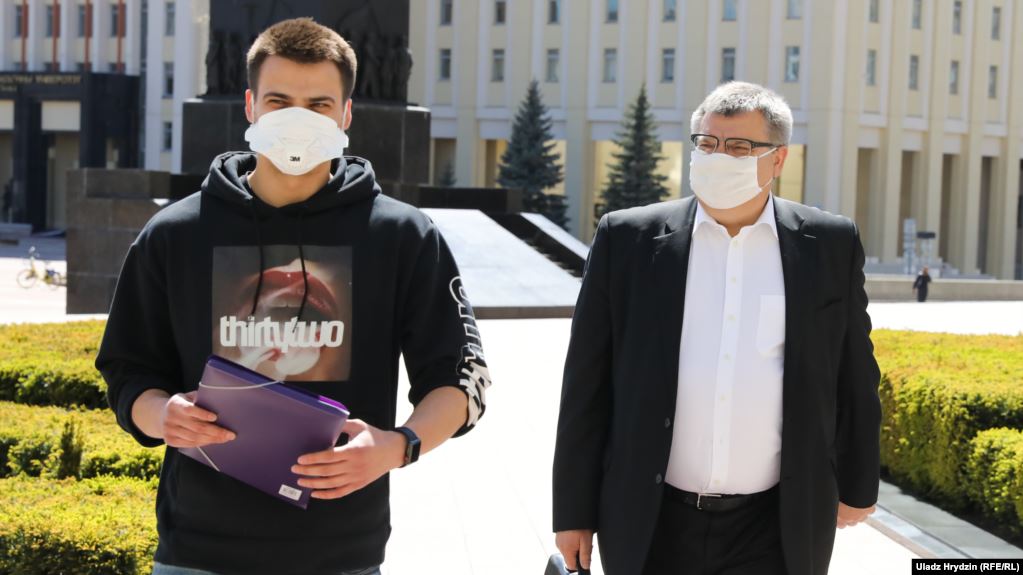 Belarusian presidential nominee Viktar Babaryka and members of his nomination group are political prisoners and must be released according to several Belarusian NGOs including the Belarusian Human Rights House and several of its member organisations.

On June 18, presidential nominee Viktar Babaryka and his son Eduard Babaryka, who heads his nomination group, were detained by the Department for Financial Investigations of the State Control Committee. According to the head of the Department, Viktar Babaryka was detained on suspicion of being the direct organizer of illegal activities, attempting to influence witnesses, and hiding traces of earlier crimes. Later it was reported that the Prosecutor General’s Office opened a criminal case under Parts 2 and 3 of Art. 285 of the Criminal Code (creation of a criminal organization or participation in it).

The grounds for detaining Eduard Babaryka were not officially announced. At the moment, it is known that Viktar Babaryka and his son Eduard are held in the KGB pre-trial prison. Earlier, members of Viktar Babaryka’s nomination group Sviatlana Kupreyeva and Uladzimir Dudarau were detained and taken into custody.

Their detention was a continuation of the wave of repression launched after the announcement of the presidential election. Over the period, hundreds of citizens have been subjected to various types of repression and persecution: dismissals, administrative detentions and fines. Members of Viktar Babaryka’s and Sviatlana Tsikhanouskaya’s nomination groups were subjected to particularly severe repressions. In particular, the head of Tsikhanouskaya’s nomination group and popular blogger Siarhei Tsikhanouski and seven other activists were taken into custody as part of a criminal case under Art. 342 of the Criminal Code (organization of group actions that grossly violate public order or active participation in them). Taking into account all the circumstances of this criminal case, the human rights community of Belarus called the eight persons, including Siarhei Tsikhanouski, political prisoners. Sviatlana Tsikhanouskaya herself reported threats of possible criminal prosecution and the removal of her minor children.

The presidential election is taking place in conditions of intimidation, threats and pressure. The current head of state has repeatedly publicly threatened his political opponents, including Viktar Babaryka.

Given these circumstances, we conclude that the real grounds for the criminal prosecution of Viktar Babaryka and members of his nomination group are political motives aimed at stopping his presidential nomination activities and forcing his eventual withdrawal from the election.

Participation in governing the country through periodic, free and democratic elections is one of the freedoms guaranteed to the citizens of Belarus, both by the Constitution and by international human rights standards, in particular by the International Covenant on Civil and Political Rights.

The activities of law enforcement, judiciary and other state bodies aimed at obstructing the exercise of this freedom, as well as persecution of people exercising these rights, are unacceptable in a democratic society.

The approaches demonstrated by the investigative bodies in the criminal case against the potential presidential candidate Viktar Babaryka and members of his nomination group constitute a violation of the presumption of innocence, a gross violation of the right to defence and other rights, which emphasizes the illegal nature of these actions.

Based on the above, guided by paragraphs 2.1 and 3.1a of the Guidelines on the Definition of a Political Prisoner, adopted at the 3rd Belarusian Human Rights Forum, we, representatives of Belarusian human rights organizations, declare Viktar Babaryka, Eduard Babaryka, Sviatlana Kupreyeva, and Uladzimir Dudarau politicians prisoners and