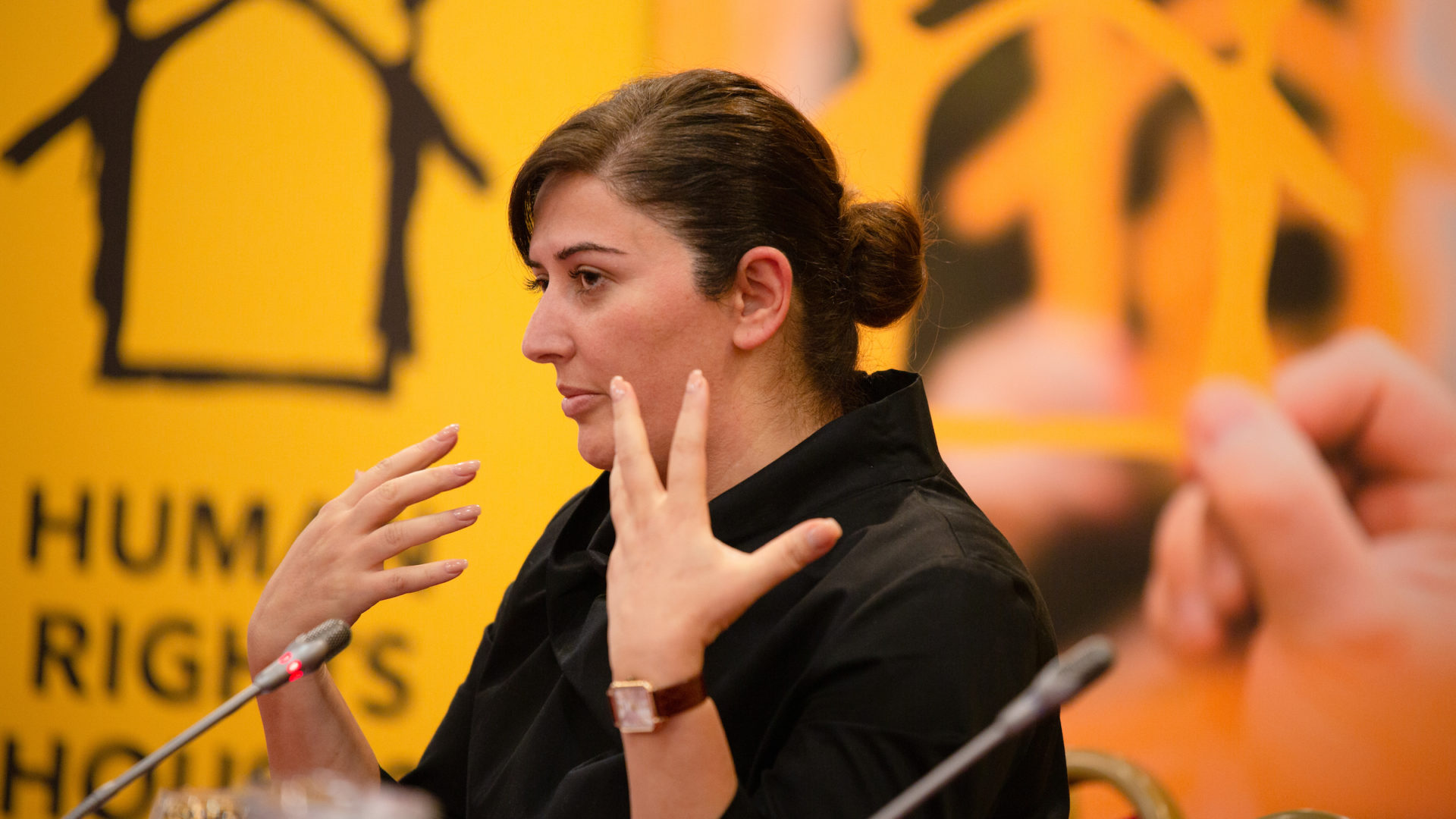 42 members of Human Rights Houses have called on the Azerbaijani Bar Association to halt reprisals against number of human rights lawyers, including Shahla Humbatova and Elchin Sadigov.

In a letter written to the President of the Azerbaijani Bar Association, Anar Baghirov, the organisations wrote:

We, the undersigned 42 members and partner NGOs of Human Rights Houses are writing to demand an immediate end to disbarment processes recently initiated against a number of human rights lawyers, including Shahla Humbatova and Elchin Sadigov.

Ms. Humbatova is a prominent Azerbaijani lawyer with long experience working on cases involving a wide range of human rights violations.  She has represented many Azerbaijani human rights defenders, including Intigam Aliyev, Mehman Huseynov, and the “Ganja group” of cases.  The harassment of Ms. Humbatova escalated after she defended Mr. Huseynov’s rights when the latter went on a hunger strike in December 2018.  Mr. Sadigov is also a prominent human rights lawyer who has defended several individuals in politically motivated cases brought forward by state prosecutors.  He recently published information about the case of Oktay Gulaliyev and the likelihood that the traffic crash which has left him in a coma was politically motivated.

Our organisations remain deeply concerned about the recent actions by the Azerbaijani Bar Association to disbar, or investigate disbarment possibilities against, these lawyers.  This is an on-going campaign to attack them and other human rights lawyers and prevent them from doing their important work. Human rights lawyers are human rights defenders and, according to a 2016 report by the UN Special Rapporteur on the Independence of Judges and Lawyers, should fall under the protective scope of UN General Assembly Resolution 53/144 on The Right and Responsibility of Individuals, Groups and Organs of Society to Promote and Protect Universally Recognized Human Rights and Fundamental Freedoms. We further note with growing alarm the reprisals by your organisation against lawyers who bring cases to international mechanisms, defend politically active individuals, or represent clients who have had their human rights infringed upon.

Over the last several years, we have documented numerous instances of Azerbaijani human rights lawyers being reprimanded, denied admission to the Bar or having their bar license suspended or taken away entirely. These include Nemat Karimli as well as Elchin Namazov, Khalid Bagirov, Alaif Hasanov, Yalchin Imanov, Asabali Mustafayev, Agil Layich, Fakhraddin Mehdiyev, Irada Javadova, Fuad Aghayev, Intigam Aliyev and Annaghi Hajibeyli. These represent a small number of lawyers willing to take human rights cases in Azerbaijan and the on-going actions by the Azerbaijani Bar Association reduce this number further still and diminish the rule of law in Azerbaijan.

Lawyers faced these reprisals due to their willingness to exercise their freedom of expression, to report on alleged torture of their clients by the authorities, and to defend political prisoners.  We are concerned and saddened to see the Azerbaijani Bar Association attempting to add Ms. Humbatova and Mr. Sadigov to the list of lawyers against whom it has taken reprisals.