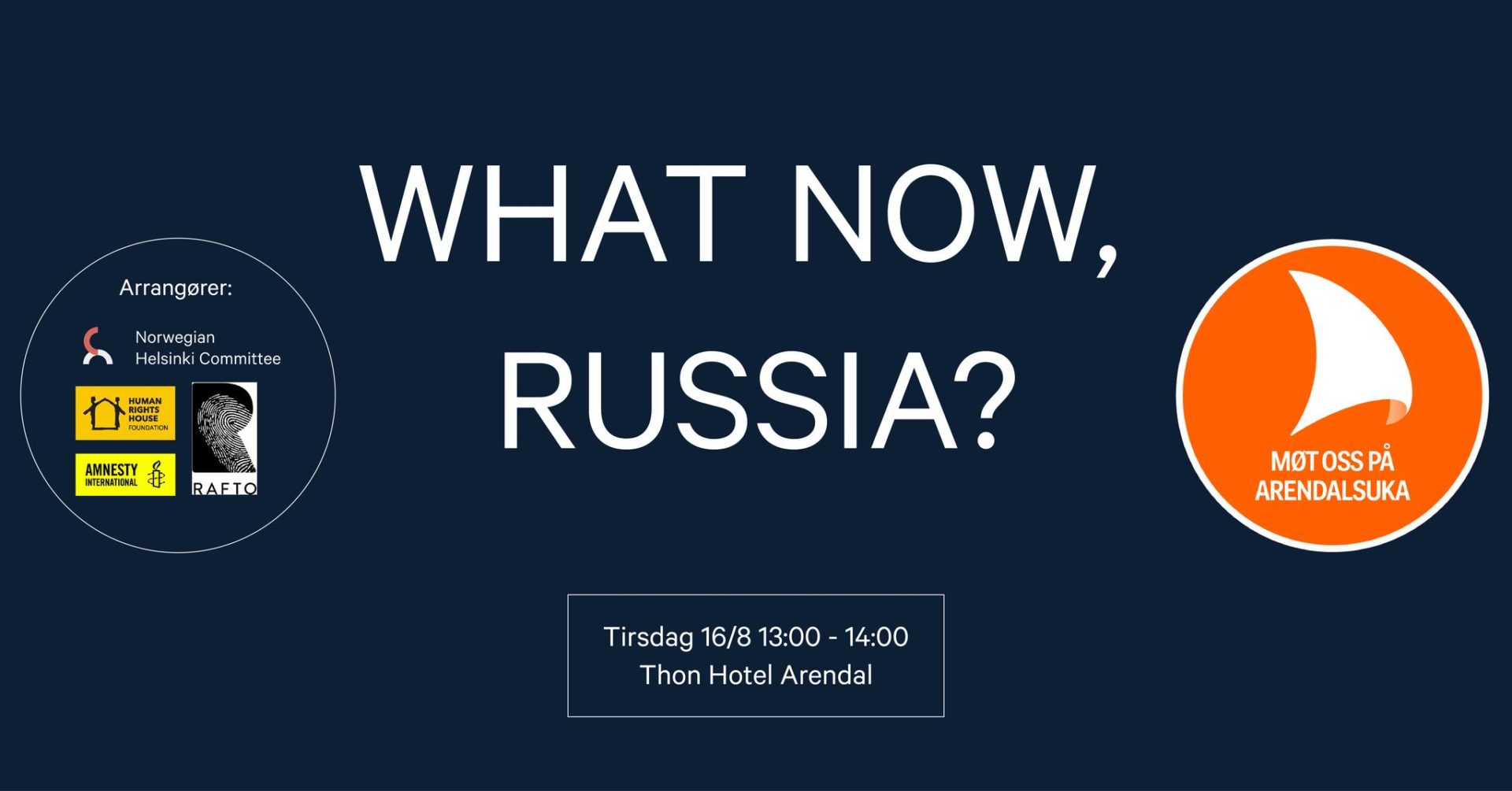 Published: August 16, 2022 Author: Human Rights House Foundation
“What now, Russia?” was organised by Amnesty International Norway, Human Rights House Foundation, the Norwegian Helsinki Committee, and the Rafto Foundation.
Since Putin came to power in 2000, there have been major changes in Russian society. At the same time as prosperity has increased, there have been restrictions on civil liberties. Putin began his second term in office in 2012. Since then, there has been widespread criminalization of civil society and restrictions on freedom of the press and freedom of expression. The “foreign agent” laws have been introduced and increasingly restrict the activities of journalists, human rights defenders, and civil society organizations. More and more organizations are being shut down, including the oldest human rights organization, Memorial, which was “liquidated” right before New Year’s Eve. The laws restrict activities in Russia and cooperation with international organizations and partners. International human rights organizations have over the last decade lost access to the Russian society.
After Russia’s attack on Ukraine on February 24, the situation has deteriorated dramatically. State censorship is introduced, over 350 media companies are blocked, and at least 150 journalists has left Russia. The reprisals from the Russian authorities are constantly increasing. Alexei Navalny and Vladimir Kara-Murza are among the most known opposition politicians imprisoned for their criticism of the regime. But there are more critical voices. More than 20,000 people have been arrested for protesting against the war in Ukraine, and for not using the regime’s official name on the war, which is a “special military operation”. Journalists who do not follow regime’s orders on how to comment on his operation, risk up to 15 years in prison. Civil society’s freedom of association and fundamental rights have been heavily reduced. International human rights organizations have been thrown out og the country, and relations with Western countries have become suspicious.
What is really going on in Russia today? How big is the opposition in the Russian society? How can the regime be stopped? Is it possible to pursue politics in today’s Russia? How can we influence the development of the society from outside Russia?