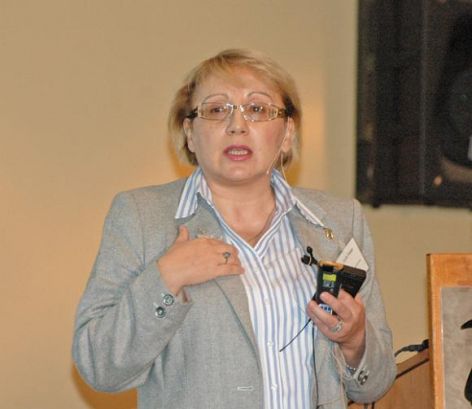 As expressed in their joint letter of 30 April 2014 to the Minister of Internal Affairs and the Prosecutor General of the Republic of Azerbaijan, member and partner NGOs of the Human Rights House Network expressed their concern that the persecution is related to her outspoken criticism in the past few days against the detention of Rauf Mirgadirov, the investigative journalist of the leading Russian-language newspaper Zerkalo (Mirror), who is now facing charges of treason for his efforts in the peace building process of the Nagorno-Karabakh conflict. Rauf Mirgadirov was deported from Turkey on 19 April 2014 and then arrested in Baku. Rauf Mirkadirov participated in the numerous joint projects between the Institute for Peace and Democracy and Armenian NGOs.

Leyla Yunus and Arif Yunus were both arrested on Wednesday, 30 July 2014. Following 6 hours of interogation, Leyla Yunus was sentenced to 3 months pre-trial detention. The charges held against her are State treason (article 274 of the Criminal Code of the Republic of Azerbaijan), large-scale fraud (article 178.3.2), forgery (article 320), tax evasion (article 213), and illegal business (article 192).

Arif Yunus is facing charges of State treason and fraud. On 5 August 2014, he has also been sentenced to 3 months pre-trial detention.

“We see an unprecedented wave of repression against human rights defenders and activists in Azerbaijan. Persecution against Leyla Yunus and her husband Arif Yunus is part of it. Leyla Yunus must be immediately and unconditionally released. Leyla and Arif Yunus must also be rehabilitated in their right to free movement”, stated Maria Dahle, Executive Director of the Human Rights House Foundation (HRHF).

The case against Leyla Yunus and Arif Yunus is one more politically motivated detention in Azerbaijan. The charges of tax evasion and illegal business are indeed the same as those held against Anar Mammadli and Bashir Suleymanli. Rasul Jafarov with singer Loreen (© Civil Rights Defenders)Also on 30 July 2014, the human rights defender Rasul Jafarov, coordinator of the campaign “Sing for Democracy” has also been banned from travelling abroad. It appears he might face an investigation based on similar charges as those held against Anar Mammadli and Bashir Suleymanli.

The French Member of Parliament François Rochebloine raised the persecution and ill-treatment of Leyla Yunus at the Parliamentary Assembly of the Council of Europe in Strasbourg on 24 June 2014 in the dialogue with President Ilham Aliyev. “The President’s answer showed he had exact knowledge of the case”, HRHF’s Head of Advocacy Florian Irminger said. HRHF was in Strasbourg with a delegation of Azerbaijani human rights defenders.

The following day, Leyla Yunus wrote an open letter to President Aliyev stating she now knew where the orders for the investigations against her came from. The day before her arrest, on Tuesday 29 July, Leyla Yunus wrote a new letter to President Aliyev, asking him what he is afraid to justify the arrest of so many activists and human rights defenders. “As a Council of Europe member State and the current chair of the Committee of Ministers, Azerbaijan has an obligation to uphold human rights and the rule of law. Ms Yunus’ arrest is another example of the unrelenting suppression of independent voices and crackdown on civil society in the country. This is an unacceptable violation of Azerbaijan’s duties as a member of the Council of Europe”, Mailis Reps added.

Leader of the Institute for Peace and Democracy, Leyla Yunus is a well-known Azerbaijani human rights defender. Her NGO is a member of the South Caucasus Network of Human Rights Defenders and has from the very start in 1995 worked on the issue to release political prisoners and to establish rule of law in Azerbaijan. Leyla Yunus has within several projects worked to establish dialogue between civil society actors in the South Caucasus.

Leyla Yunus is a Chevalier of the National Order of the Legion of Honour, as a tribute for her longstanding work promoting human rights. The French daily newspaper Le Monde called her “one of the last voices of dissidence in Azerbaijan.”

Arif Yunus is also a widely respected researcher and writer, including on issues related to the conflict between Armenia and Azerbaijan.

64 NGOs from 13 Human Rights Houses call upon the Azerbaijani authorities, in a joint letter to President Ilham Aliyev on 5 August 2014, to immediately and unconditionally release Leyla Yunus, Arif Yunus, Rasul Jafarov, and lift all charges held against them. We see this pre-trial detention of Leyla Yunus, Arif Yunus and Rasul Jafarov as a way to silence them. We also repeat our previous call to release Anar Mammadli and Bashir Suleymanli, and join calls for the release of Hasan Huseynli.

“We request immediate and unconditional release of Leyla Yunus”

She also highlights the new wave of repression against human rights defenders in Azerbaijan, seeing it as a “sad peak.” The sentences are increasing she says, mentioning the sentence against the N!DA activist Ömar Mammadov, as well as those against Anar Mammadli and Bashir Suleymanli.