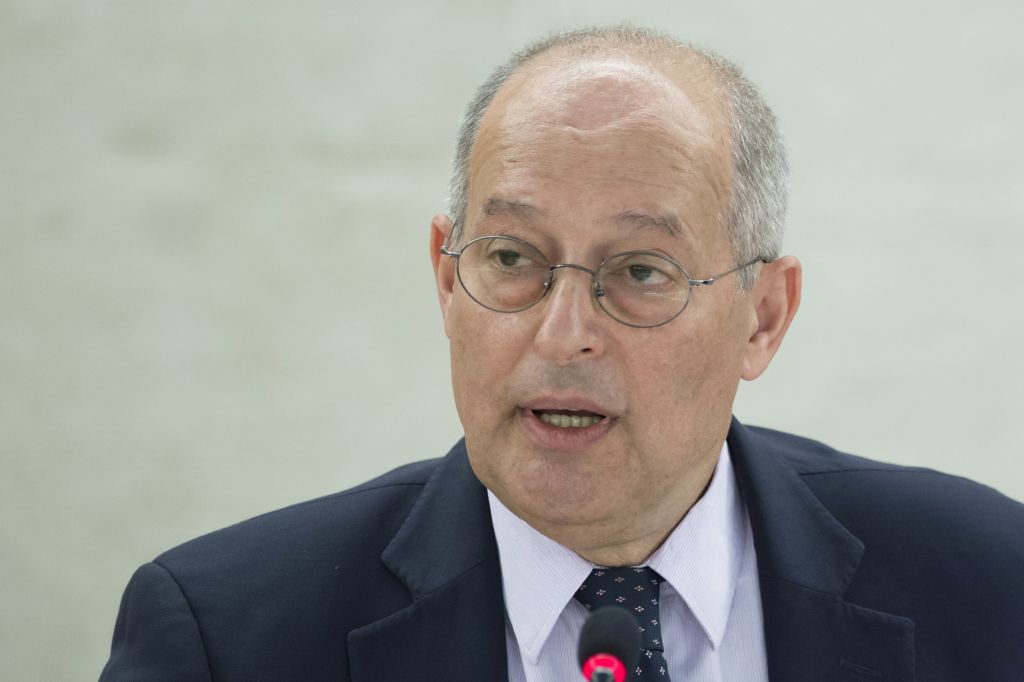 “The vote on Belarus was a test of the Human Rights Council’s resolve to push for progress at the national level,” said Ales Bialiatski, FIDH Vice-President and President of the Human Rights Center Viasna, in a statement responding to the resolution. “The ball is now in the government’s court. It should implement key recommendations made by the Special Rapporteur over the past years, which are a clear road map for human rights reform,” he added.

Florian Irminger, Head of Advocacy at Human Rights House Foundation, commented: “This mandate is the only independent mechanism available to the international community to monitor the human rights situation in the country, and to make recommendations to the government on how to improve it. This mandate must continue, and it must be granted access to the country.”

Belarusian human rights organisations issued a joint letter in February 2016, stating: “Despite certain positive tendencies… there have been no systemic changes aimed at a comprehensive improvement of the human rights situation in Belarus.” They called for continued international scrutiny of the situation, including by renewing the mandate of the Special Rapporteur. They also issued a joint position calling for civil society involvement in the international dialogue on Belarus, and for the Belarusian government to comply with commitments under international treaties and mechanisms.

The release of political prisoners in August 2015 is one such positive tendency. The Council welcomed this development in the resolution, and went on to call for the reinstatement of the civil and political rights of these former political prisoners.

It also urged the government “to put an immediate end to the arbitrary arrest, detention and harassment of human rights defenders, political opponents and journalists, to arbitrary travel bans and to other policies aimed at intimidating representatives of the political opposition and the media, as well as human rights defenders and civil society organisations, including by criminalising the exercise of the right to freedom of association.”

Tatsiana Reviaka, President of the Belarusian Human Rights House, welcomed the renewal of the mandate of the Special Rapporteur. She commented: “The Belarusian human rights community shares the concern over the issues reflected in the resolution, the responsibility for which lies with the authorities.”

“It is a clear signal that Belarus is still under international scrutiny and the lack of positive developments in the sphere of human rights will be assessed by specific steps, including based on the recommendations made by the Special Rapporteur,” continued Reviaka. “It proves that the cosmetic measures taken by the country’s authorities to improve its reputation cannot change the actual systemic problems in the sphere of human rights.”

Irminger commented: “The government has released the political prisoners, but it has not rehabilitated their civil and political rights, nor has the government changed the laws and practices that led to their imprisonment. The sad truth is that the situation only looks better now – to an outsider – because the situation in other countries in the region has so drastically deteriorated since 2012, when the Special Rapporteur mandate on Belarus was created.”

The EU lifted most sanctions against Belarus in February 2016, despite concerns raised by human rights groups.

Irminger commented: “The result – with less yes votes than in previous years – reflects the composition of the Council, with too many States who themselves have bad human rights records. It is no reflection of the appreciation of the work of the Rapporteur, as Belarus, Russia, and their allies do not concern themselves with the Rapporteur’s findings, but solely oppose the mandate for political reasons.”

Miklós Haraszti will continue as the Special Rapporteur on Belarus, a position he has held since the mandate was introduced in 2012, in connection with the massive repressions in the country after the 2010 presidential election.

The resolution urges Belarus to take steps ahead of the upcoming September 2016 parliamentary elections, to ensure they are “free, fair, inclusive and peaceful.” It also calls on Belarus to invite the Office for Democratic Institutions and Human Rights (ODIHR) to observe the elections.

Irminger commented: “Elections in Belarus are a moment of increased and heavy repression against civil society, as was the case during the presidential election in December 2010, when violations led to the Council establishing the mandate of the Special Rapporteur.”

Bialiatski: “The Special Rapporteur is the only international monitoring mechanism we have”

Civil Society in Belarus launched an information campaign in June 2016 to support the renewal of the mandate.