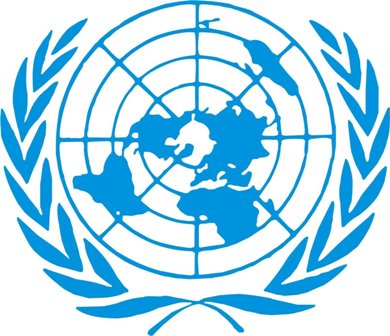 UN Human Rights Committee on condemned the violation of Belarus’s international legal obligations through the execution of Aliaksandr Hrunou whose case was considered by the HRC at the time. HRC requested Belarusian authorities to suspend the execution of the sentence until the consideration of the case, but the sentence was carried out, and now the case will be considered, despite the fact that the applicant had already been shot.

On 4 November it became known that the convicted to death Belarusian citizen Aliaksandr Hrunou had been shot. His mother Volha Hrunova told that she received notification by post, which said that she receшved parcel “to be called for”. In this parcel she found things that Aliaksandr was wearing during his stay on death row.

A day earlier, it became known that Aliaksandr Hrunou was denied clemency: his case was sent to the Homel Regional Court on 13 October 13 was a corresponding note.In Belarus, the death sentences are usually carried out immediately after a request for clemence has been denied. Families or legal representatives of the convicts are not informed about the date of execution and are not guaranteed the last meeting with the convict. After the execution, the body of the convict is not given to the family for burial, and the location of actual burial place is not disclosed. Hrunou’s mother was also denied in judicial procedure  to learn the place of her burial shot. 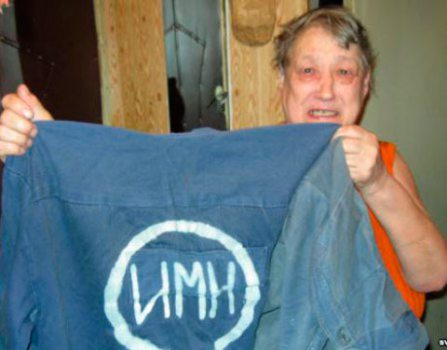 “Besides that Belarus remains the only country in Europe, where people are shot in the name of the state, but also the country still uses torture, cruel, inhuman and degrading treatment towards the relatives of prisoners. Besides that they sent me, as if mocking me, these prison clothes of my executed son with the words “capital punishment” on its back, they also invented a lifetime of torture – until the end of days I will not known where he is buried, until the end of days will not be able to visit his grave,” says the grief-stricken Hrunova (left).

The UN Human Rights Committee made a public statement with respect to the execution of Aliaksandr Hrunou. The corresponding press release in English is published on the website of the Office of the High Commissioner for Human Rights. The Committee expressed grave concern that Belarus has executed a person whose complaint was under consideration by the Committee. Aliaksandr Hrunou had petitioned the Committee, arguing that his trial was unfair and that he was convicted on the basis of his confession of guilt, which he made without a lawyer present. In compliance with State parties’ obligation under the International Covenant on Civil and Political Rights, the Human Rights Committee had requested the Belarusian authorities to stay the execution pending its consideration of the case. Such requests are binding as a matter of international law.

“The position of the Human Rights Committee remains unchanged regarding the breach of the Committee’s request for interim measures of protection to avoid irreparable harm,” said Sir Nigel Rodley, the Committee’s Chairperson.  He highlighted that this was not the first time that Belarus had executed complainants whose cases are registered and pending examination, with a request to have their execution put on hold.

“This amounts to a grave breach of its international legal obligations by Belarus,” said Sir Nigel. As per usual practice, irrespective of this execution, the Human Rights Committee will continue to consider Aliaksandr Hrunou’s case.

Earlier Belarus imposed the death penalty on those convicts whose cases were pending before the UN Human Rights Committee: 18 March 2010 – Vasil Yuzepchuk and Andrei Zhuk, 19 July 2011 – Andrei Burdyka and Aleh Hryshkautsou; 15 March 2012 – Uladzislau Kavaliou, 17 April 2014 – Pavel Sialiun. As for the executed Uladzislau Kavaliou, Andrei Zhuk and Vasil Yuzepchuk, the Committee reviewed the cases and found that Belarus had violated their right to life, as they were sentenced to death after an unfair trial. The consideration of cases of Aleh Hryshkautsou, Andrei Burdyka, Pavel Sialiun, and Aliaksandr Hrunou with the Committee will continue.

The United Nations Human Rights Committee has repeatedly criticized the country’s legislation, calling upon the state to stop torturing the relatives of executed prisoners. In the case Liubou Kavaliova and Tatsiana Kaziar versus Belarus, the UN Committee pointed out that the “complete secrecy surrounding the date of execution and place of burial, as well as the refusal to return the body for burial in accordance with the religious beliefs and customs of the family of the executed prisoner create the effect of intimidation and punishment of the family through willful abandonment them in a state of uncertainty and mental stress, which constitutes an inhuman treatment”.

Therefore, the death penalty is one of the most acute and painful issues in the field of human rights in Belarus. Human rights defenders are involved in this matter for many years, bringing it to attention of Belarusian authorities and international organizations, following cases of those who have been sentenced to death, and helping their relatives. 10 December is celebrated around the world as Human Rights Day. Traditionally Belarusian Human Rights House prepares and conducts activities dedicated to this day that help bringing attention to the problem of death penalty in Belarus.  This year, on 9 December the Seimas of the Lithuanian Republic will host discussion with former political prisoners and their families as well as discussion about the overall human rights situation. Later, exhibition of Belarusian photographer Sergei Balay “Capital punishment” which feature photos of mothers of executed Belarusians will be opened. The coordinator of the campaign “Human rights defenders against the death penalty in Belarus” Andrei Paluda will talk before guest and give the most relevant information on the death penalty in Belarus.

Discussion on the death penalty in Belarus was held in Vilnius