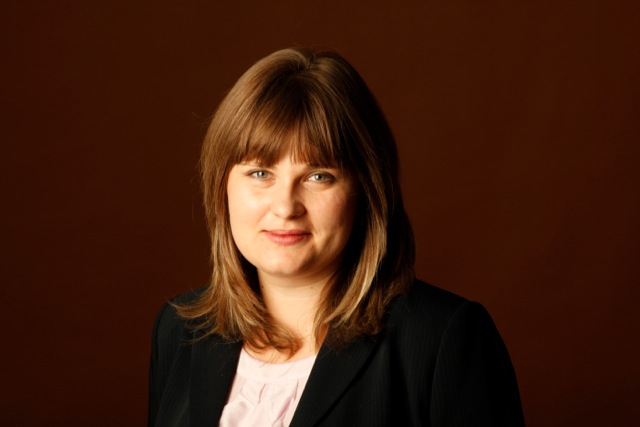 Fritt Ord and ZEIT-Stiftung awarded Elena Milashina – correspondent in the Northern Caucasus for Novaya Gazeta – one of three Free Media Prizes for Independent Journalism in Eastern Europe. HRHN welcomes this award and calls on the international community to support Milashina and other Russian journalists.

“The human rights situation in the North Caucasus has deteriorated sharply, particularly in Chechnya. The Russian authorities and the local government continue to methodically destroy political, social, and religious freedoms, and have now taken aim at stemming the free flow of information from the region to the outside world,” continued Bonde.

Keep Chechnya high on the agenda

“Despite being confronted with other human rights crisis in the region, the international community must not forget the constant deterioration of conditions for human rights defenders and journalists in Chechnya. The risk is that Chechnya is currently a ‘laboratory region,’ where the authorities trial new methods of repression,” stated Bonde.

Events on 9 March 2016 highlighted the dire need for such support and protection. Masked men, armed with baseball bats, brutally attacked a group of foreign and Russian journalists and Russian activists documenting human rights abuses. This attack bought international attention to the hostile environment for journalists working in Chechnya.

“This attack is not an isolated incident. Repression and intimidation are a daily reality for journalists reporting on human rights abuses in Chechnya and the North Caucasus,” commented Bonde. “The international community must address the ongoing risks faced by these journalists.”

HRHN also calls on the international community and EU to enhance their efforts to counter state media propaganda that portrays local human rights defenders as enemies of the state and agents of foreign secret services, and foreign observers as external forces that are destabilising the region and supporting terrorism.

The award ceremony will take place in November 2016 in Tbilisi, Georgia, as part of a multi-day international conference for journalists.

Elena Milashina, awarded a Free Media Prize 2016, is a correspondent in the Northern Caucasus for the Novaya Gazeta newspaper, based in Moscow. She raises awareness of different scare tactics used by the Chechen authorities to repress critics and create a suffocating silence across the country. Milashina constantly receives grave threats and has been violently assaulted on several occasions. She was nominated for the award by the Human Rights House Foundation, Center for Caucasus Initiative (DOSH), and Youth Human Rights Movement.

Seymur Hazi, awarded a Free Media Prize 2016, is editor and commentator for the newspaper Azadlig, based in Baku, Azerbaijan. He is also a reporter for the TV channel Azerbaijani Hour, based in Turkey. Hazi has reported on corruption and abuse of power in his native country. He has experienced threats and suffered brutal physical abuse. He has been imprisoned in Azerbaijan since August 2014 Seymur Hazi was nominated by Shahvalad Chobanoglu, Zamin Haji, Natiq Javadli, Mehman Huseynov, Tahmina Tagizade, and Khadija Ismayilova, and by the Henrich Böll Foundation’s department for South Caucasus and the Norwegian Helsinki Committee.