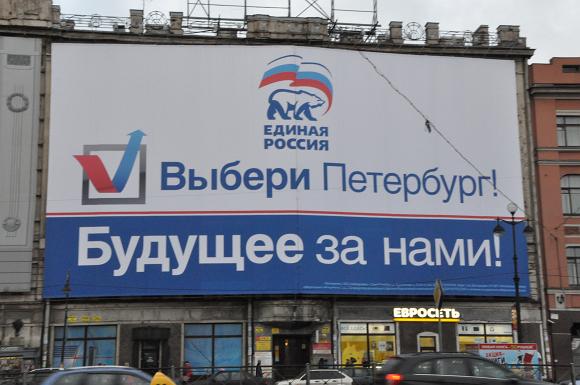 A new Russian law would brand all foreign-funded organisations as foreign agents. According to the draft, all non-commercial organisations funded from abroad and “engaged in political activities” should be enlisted in a special register,

recognising themselves as “foreign agents”. Extensive annual audits, quarterly financial reports and voluminous report on activity every half year would also be required. Transparency International, Norwegian Helsinki Committee partner Golos association and many other human rights organisations and organisations working with environmental issues are expected to be forced to register as “agents”. Leading Russian Civil Society organisations have made a joint statement against the draft, by signing a protest appeal.

Prominent human rights activists reacted strongly against registering as “foreign agents”, a term with heavy historic connotations, closely associated with the word “spy”. Ljudmila Alekseeva, the 84-year old human rights veteran and one of the founders of the Moscow Helsinki Group, refuses to register her organisation as an “agent”. “We are not “agents”, she said. “We defend Russian citizens when their rights are violated, and we are not acting on the will of some foreign state”.

Alleged concerns of transparency cited as reasons for the new law Supporters of the bill argue that the aim is simply to ensure transparency from these bodies but critics claim that they are aimed at undermining organisations seen as critical of the government. These include the independent election watchdog GOLOS, who helped compile reports of electoral violations during the controversial parliamentary vote in December that lit the touch paper of large protests in the capital. Moreover there is nothing unusual in civil society actors receiving funding from abroad. An active civil society is an inherent part of any democratic state. Norway gives millions of Euro to support civil society in Central and Eastern Europe, and in many other countries around the world. Many Norwegian organisations, including the Norwegian Helsinki Committee, receive foreign funding to conduct activities both in Norway and in other countries”, says Ekeløve-Slydal.

The international human rights organisations, including the Norwegian Helsinki Committee made a joined appeal by sending a letter to the members of the Russian State Duma, urging them to reject the proposed changes to the NGO legislation.ARTICLE 19, Civil Rights Defenders, Frontline Defenders, Human Rights House Foundation, The Norwegian Helsinki Committee and the Observatory for the Protection of Human Rights Defenders, a joint programme of the International Federation for Human Rights (FIDH) and the World Organisation Against Torture (OMCT)  have signed the letter. Even Michael McFaul, the U.S. Ambassador to Moscow, has felt the impact of the latest clampdown. The outspoken academic has admitted being shocked by the reaction to his arrival in January after being hounded by journalists from state TV station NTV and accused of handing out orders to prominent opposition figures. There has also been some hostility from official sources. Following a lecture given by McFaul at the Higher School of Economics in May the Russian Foreign Ministry took the highly unusual step of issuing a public statement criticising the ambassador’s conduct: “This is not the first time when statements and actions of Mr. McFaul, who holds such a responsible post, cause bewilderment. As we see it, the task of ambassadors is progressive development of bilateral relations with the host country on the basis of deep knowledge of facts rather than angry duplication of fairy tales through media”.

The latest NGO law can be understood as a continuation of this campaign against “soft power”. By using a term with echoes of the Cold War such as “foreign agents” to discuss NGOs they can be re-characterised as a threat on an emotive level without having to worry about the burden of proof. What it means for Russians working for or with these institutions remains ambiguous but it is unlikely to make their lives easier. Just as the protest law – which increased fines against protestors and protest organisers for attending unsanctioned protests – aimed to drag the opposition movement under some semblance of official control, so too this new law appears intended to seize control of the discussion. In itself the NGO law may look relatively ineffectual. Yet when viewed in light of recent events, it marks a worrying trend of using legislation to try and shut out critical voices.