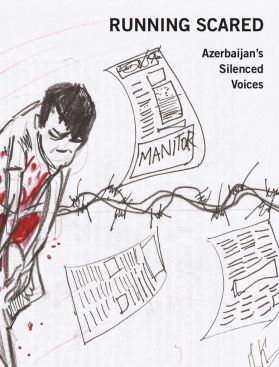 The current state of freedom of expression in Azerbaijan is alarming, as the cycle of violence against journalists and impunity for their attackers continues; journalists, bloggers, human rights defenders and political and civic activists face increasing pressure, harassment and interference from the authorities.

Many who express opinions critical of the authorities – whether through traditional media, online, or by taking to the streets in protest – find themselves imprisoned or otherwise targeted in retaliation.

A broad coalition of international and Azerbaijani NGOs report on the human rights situation in the country – in their report, the NGOs examin the situation in Azerbaijan from the time of their first joint mission to the country in September 2010 to March 2012.

The Human Rights House Foundation (HRHF) has provided specific input to the report on freedom of association and the situation of human rights defenders and lawyers. “Over the past few years, the Azerbaijani authorities have engaged in a step-by-step campaign to silence these defenders, shutting down and interfering with the work of both national and international human rights organisations,” HRHF writes in the report.

The International Partnership Group for Azerbaijan (IPGA) is a coalition of international and Azerbaijani organisations working to promote and protect freedom of expression in Azerbaijan, including the following NGOs which published this joint report:

Information on the closure of the Azerbaijan Human Rights House