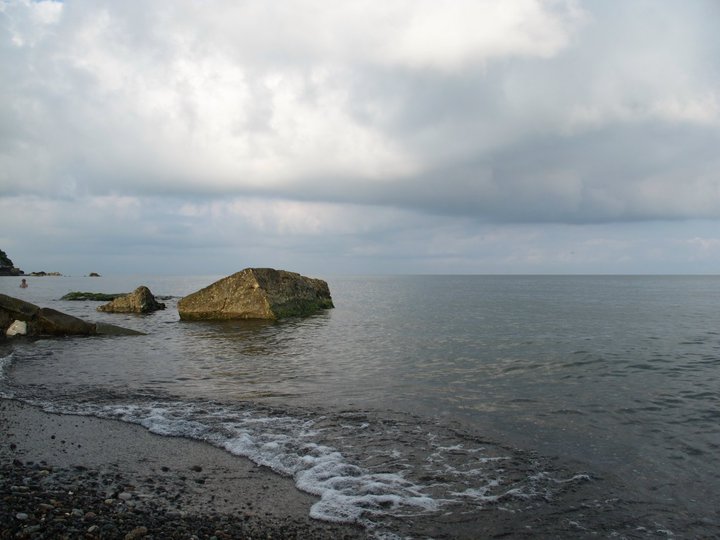 Property rights violated in the new tourism zones of Georgia

The infrastructure development projects have been launched in Gonio, Svaneti, Anaklia and the surrounding areas of Black Sea since the Georgian government announced the mentioned areas as tourism zones. Actually, tourism development creates the perspective for country’s economic development, but in Georgia, it was proceeded with violations of property rights. In 2010, in Gonio, 271 people were deprived from their property. In Mestia (Zemo Svaneti region), the process of land expropriation or refusal of the registration is still going on whilst the process has been completed in Anaklia.

“Open Society Georgia Foundation” published a report about depriving of the lands from 271 citizens of Gonio as if they have transferred their lands to the government for gift. The report was prepared in 2011 under the project “Promotion of property rights protection in new tourist zones”.

“In 2007-2010, according to the decision of Batumi Municipality Property Rights Commission, the residents of Gonio village were given an ownership on plots of lands, which were in their possession over several years. Based on ownership certificates issued by the commission, citizens registered themselves in the Public Registry as landowners. On November 9, 2010, on the basis of #36 decision, Batumi Municipality Property Rights Commission canceled the property registrations (given by itself) to 271 people living in Gonio, so that, no actual circumstances of the case were studied and no countervailing measures were implemented”, – says the report.

Batumi Municipality Property Rights Commission mentions various reasons for property rights annulment. In some cases, it is the lack of required evidences for recognition of land ownership. Positioning of the plots in the area of cultural heritage or in the resort strip   necessary for infrastructure development is also named as a reason. There are cases when the annulment is justified with the fact that the plot is situated on the upper slope of the land of Gonio purchased by “Sheikhs”.

It should be noted that the mentioned reasons were known to the commission members in 2007-2010, when they registered the above-mentioned plots to the owners.

Kakha Kozhoridze (“The Georgian Young Lawyers’ Association”):  “Both – registration as well as confiscation of the land ownership was conducted with lots of violations by the Khelvachauri municipality land recognition commission. The factual circumstances of the cases were not studied at all in any of the cases. In addition to the administrative offenses, there were the criminal code violations. The Commission canceled the rights of Gonio residents over their property on the grounds that the lands they owned were of significant state and public importance, and that the Commission had no right to register them to individuals. Therefore, the Commission abused power, which is the criminal responsibility. The question is – why there is no investigation launched against these people and why they still continue working in the same positions?!”

Enver Iremadze is one of them who were seized from the property. The land was registered to his name by the commission based on President’s decree #525 in 2007, and in December 2010, his property right on the same plot was terminated.

Enver Iremadze (the victim): “In 2007, when I registered the land in Public Registry, I decided to build a house. The land I own is located in 230 meters away from the Gonio fortress, so the law does not prohibit owning the property there, but the construction is limited. I received verbal confirmation from Khelvachauri Municipality that if I collect all required documents, they would accept the construction project so that I could begin the construction of the house. The Procedures which I had to pass through, needed a large amount of money (correct the cadastral drawing, topographic plans, geological report, archaeological survey, visual project), therefore, I sold my apartment in the block and prepared all the necessary documents. However, I got refusal on construction. While I was trying to clarify the situation, I heard that in December 2010 I was deprived from the plot ownership by the decision of Khelvachauri Commission. Now I live in the booth.”

The widespread practice of recognition of land ownership in 2007-2008 was the result of amendments made in the Law on Property Rights in 2007, which greatly simplified the abovementioned law and procedure. The law was changed again after parliamentary elections in 2008. The new amendments complicated the process of recognition of property rights. Thus, we may come to conclusion that the process of land registration and then cancelling them, had the political context.

People has not received any compensation when they were seized from the property rights. Some of the victims appealed the Commission’s decision, but most of them were not able to do so. According to the “Transparency International Georgia”, main reason for that is lack of finances needed for the procedures. “Administrative complaints costs 100 GEL, plus attorney fee that is minimum 500 GEL. The second reason was that people did not know that they have to appeal within one month. The third category – just gave up,” – explains Eka Bochorishvili.

After announcement Mestia (Samegrelo-Zemo Svaneti region) as a new tourism zone, locals faced the same problems with property rights. However, the situation is different from Gonio. In Mestia, each family owns the land approximately for 2-3 centuries. Historically, in Mestia, land ownership has never been registered and the database with such information never existed. People, living in Mestia have the purchase contract dated in eighteenth century that confirms their land ownership. However the contracts has no legal power.

The problem in Svaneti is also the Selective Justice regarding registration of property by the Public Registry.

Eka Bochorishvili (“Transparency International Georgia”):  “There are so-called shore-side territories in Mestia. Person is refused to register the plot of land at Public Registry if the land is on the other shore of the river. The reason is told to be the lack of the power net on that territory, but it is an absurd reasons. Power Net is a technical support that does not carry any legal basis and cannot be the ground for refusal. In addition, we have the facts when Public Registry refused to register the land to one person, and then the same plot was registered to another one on the request of the Ministry of Economy.“

Tourism development has already brought many problems for local residents. There is a total violation of human rights, especially property rights envisaged by the Article 21 of the Georgian Constitution. However, making these regions as tourist ones has not been completed yet and it’ still unclear how many people’s right to property will be endangered in the nearest future.