Published: January 11, 2011 Author: Belarusian HRH, based on the Analytical Review by the International Observer Mission of the Committee of International Control Over the Human Rights Situation in Belarus

The presidential election in Belarus on 19 December and the wave of repressions following the polls consituted a considerable challenge for the human rights community of Belarus.

“Searches and seizures have affected a significant part of the human rights community in the country, including those who were not directly related to the election process,” – state the authors of the Analytical Review, and provide a long list of well-described examples.

They also outline a number of recommendations both to the authorities of Belarus and to international bodies like human rights communities, the UN Special Rapporteur on the situation of human rights defenders, the OSCE, and the EU.

According to the study, the nature of intervention in the work of human rights activists differed significantly in the periods immediately before and after the elections: “In the pre-election period the authorities’ attention was focused mainly on the activities of organizations involved in independent monitoring of elections. In the period after the election the nature of intervention has changed, there has been a threat to personal security; also, obstructions of work of human rights organizations have been created.”

The facts of interference in human rights organizations work have been identified not only in Minsk, but in other regions.

8 out of 11 HR organizations affected 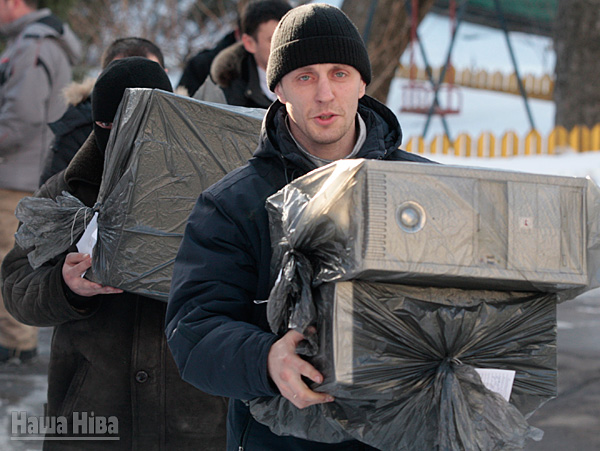 In this review, there are cases of pressure on the representatives of eight organizations. In general, there are 11 well-known and stable operating human rights organizations and several regional initiatives of this kind in Belarus.

Searches and seizures of computer equipment, left, digital media, as well as the documents were not only in the offices of organizations, but also at homes of the most famous and influential HR defenders. Total number of seized devices amounts to 30 computers, as well as plenty of digital information devices.

In general interference with human rights organizations and initiatives in the post-election period was based on law. There were two main official reasons for actions of the authorities:

1) Claims related to the participation in peaceful protest that took place without the permission of authorities in various capacities (observation, participation);
2) The investigation of criminal cases on riots.

Arbitrary arrests
In most cases, attention to human rights defenders was excessive and associated with their public activity, certainly known to the authorities, and not with any specific reason to suspect them of committing crimes or offenses.

In some cases representatives of the authorities ignored the procedural obligations. In fact it means that the Belarusian human rights defenders became victims of arbitrary arrests and detentions, as well as unreasonable searches. 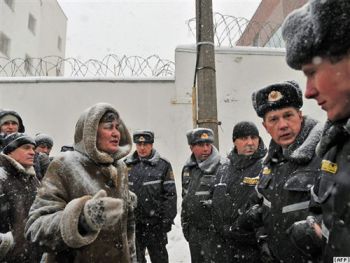 Obstructing the work of human rights organizations had a negative impact on the ability to provide legal assistance to victims of a disproportionate use of force by authorities on December 19.

International obligations reminded
The review authors remind us that “Belarus like any other state having regard to the UN and the OSCE, has obligations to respect the universally recognized norms and standards of human rights, particularly concerning human rights defenders as a special group of social activists whose activities are aimed at protecting the rights of others.

Being a member of the OSCE, Belarus has undertaken certain obligations in the human dimension of the OSCE, including those relating to the promotion of human rights defenders to protect and promote human rights.

As a member of the UN Belarus is obliged to take into account the provisions of the UN Declaration on the Right and Responsibility of Individuals, Groups and Organs of Society to Promote and Protect Universally Recognized Human Rights and Fundamental Freedoms of 10 December 1998 (“UN Declaration of Human Rights Defenders”)”

Find the full text of the Review on the right side of the page (in the “Documents” section).