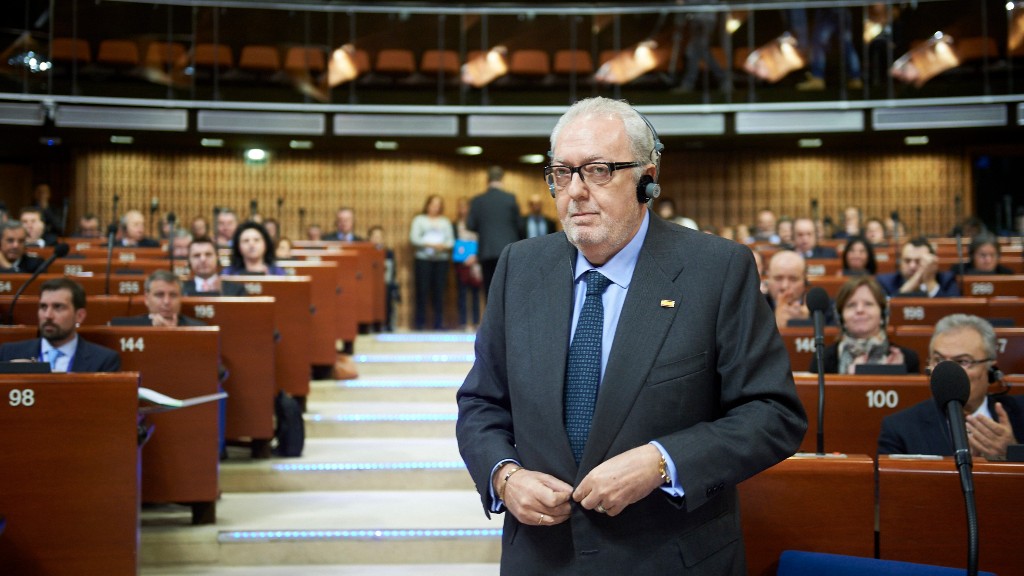 Parliamentarians from the 47 Member-States of the Council of Europe met this week in Strasbourg, but the Russian delegates are staying in Moscow. They should stay there until they are willing to talk about and adhere to human rights.

Since Russia’s accession to the Council of Europe in 1996, its relations with the Parliamentary Assembly, where parliamentary delegations from member states meet, have been fragile.

Russia’s annexation of Crimea and role in instigating and escalating developments in Eastern Ukraine marked a new low in relations between the parties. In April 2014, with a very large majority, the Assembly suspended the right to participate in the Assembly’s ruling bodies and monitoring missions for the Russian parliamentarians representing the Duma in Strasbourg, and this was extended in January 2015. Russia responded by withdrawing its delegation from the parliamentary body for a year. The speaker of the Duma even went as far as suggesting that Russia could leave the Council of Europe as a whole in the near future.

In January 2016, the Russian delegation did not even try to be present in Strasbourg. Instead, in a letter to the President of the Assembly, speakers of the Russian parliament dismissed the Assembly’s demands concerning Crimea and Eastern Ukraine, and set the lifting of all sanctions against the delegation as a pre-condition for its return to Strasbourg.

To date, Russia has not taken any steps to improve the human rights situation in Crimea where dissenting voices are silenced and the overall human rights situation continues to deteriorate, or shown any willingness to discuss the status of occupied Crimea. In Eastern Ukraine, there has been no concrete progress in the implementation of the Minsk agreements.

Despite this, the newly elected President of the Parliamentary Assembly, Spanish Senator Pedro Agramunt, made considerable efforts in 2016 to seduce the heads of the Russian Parliament in an attempt to bring Russian parliamentarians back to Strasbourg. Following a number of visits to Moscow, the President expressed his regret for the decision of the Russian Parliament not to come to Strasbourg at the January 2017 session. He underlined that the non-participation of Russian parliamentarians benefits neither Russia nor the Assembly.

In September 2016, Russia held parliamentary elections on the territory of Crimea and representatives were elected to the Duma. Any recognition of this election or ratification of a Russian delegation comprising members from Crimea would strongly contradict the Assembly’s policy of non-recognition of the illegally annexed peninsula.

It is simply deplorable that the Assembly’s President is doing everything he can to bring Russia back to Strasbourg without any preconditions, ignoring how it would harm international law and inflict a further defeat to those defending human rights in Crimea. The Assembly must stay true to its values, the common European law which unites Council of Europe member States, and not compromise on human rights in order to please Russia’s requests and welcome back its parliamentarians to Strasbourg. This is exactly what Russian authorities want, not only an implicit acceptance of its violations of international law and human rights, but also the downgrading of Europe’s human rights body into a mere forum for political theatre.

In fact, this shows how much Russia is disinterested in participating in multilateral human rights mechanisms, where its human rights abuses are showcased internationally and widely condemned. Russia is not willing to accept bad publicity and is using this opportunity to test the Assembly’s coherence and unity. The Assembly’s President is playing into this playbook, and thereby harming the standing of the Assembly on human rights. In his previous capacity as rapporteur on Azerbaijan, he took the same conciliatory approach with the Azerbaijani authorities in the midst of unprecedented repression against civil society.

It should be noted that within the Assembly a significant number of members strongly oppose any concession to Russia, so long as it has not taken meaningful steps to implement requests put forward by the Assembly in a number of resolutions covering Crimea and Eastern Ukraine. In December 2016, 66 members signed a written declaration recalling the main provisions of these resolutions.

After dismantling its internal mechanisms for the safeguard of human rights, Russia is pursuing the same goals internationally. Yes, the Assembly and its President should continue in their attempts to restart a dialogue with the authorities, but the conditions should also be clear. The Assembly imposed political sanctions on Russia because of its violations of international law and human rights, and these cannot be compromised as part of a political deal. If a real dialogue and participation of Russia in the Parliamentary Assembly in Strasbourg were to resume, these violations should be at the centre of the discussion. As long as Russia does not show willingness to discuss these violations, talks are useless and will appear as whitewashing of its domestic problems, including the dramatic situation in Chechnya, its annexation of Crimea, and its involvement and responsibility in Eastern Ukraine.

In September 2016, Human Rights House Foundation delivered a statement to the United Nations on the deteriorating human rights situation in “Russianised” Crimea.

In May 2016, the EU Parliament adopted a resolution on Crimean Tatars.