Putin will not survive the next presidential term. He will off course win the upcoming elections, he is in reality the only candidate, but he will be replaced within two years. The Russian political elites will ensure this, together with the protesters in the streets. This was one of the conclusions of Nicolay Petrov, who participated at The Norwegian Helsinki Committee’s seminar Presidential Elections in Russia – a New Spring?, at the House of Literature in Oslo on 15 February

Mr Petrov, who is a senior researcher at the Moscow Centre of the Carnegie Endowment for International Peace, was together with Lilya Shibanova, head of GOLOS, an NGO monitoring elections in Russia, invited by the Norwegian Helsinki Committee to share analysis of the latest developments in Russia.

The Role of Russian Ngo- “Golas” 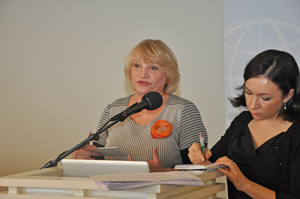 The demonstrations that we now see in Russia are protests against how the government is treating the people. The opposition against the government is massive, and young people are using the internet and particularly social media to voice their dissatisfaction with the current regime. The campaigns on social media has enormous significance said Lilya Shibanova, Head of GOLOS, during her presentation. OLOS was essential in documenting and disseminating information about election fraud and irregulations during the Duma elections in December 2011. At the seminar, Mrs Shibanova gave accounts of the ways in which such documentation had been ignored or attempted explained away by relevant authorities. She painted a dark picture of the situation her organization faces. Representatives of the government seem to employ all sorts of means to prevent GOLOS from conducting its work, including unreasonable eviction, cutting off the electricity, blocking web-sites and more. Mrs Shibanova stated that she was under the impression that the authorities most of all would like to see the organization shut down, and that she and her colleagues therefore were now concerned with transferring their skills and knowledge to other organizations.

Russia is at a crossroads. We will see election fraud also in the presidential elections on March 4, and people will respond to it. Russia urgently needs to pass new elections code and to reform the electoral system. This can make it possible to transform the people in the streets into a legitimate opposition, said Shibanova. – International support to the civil society in Russia is crucial, and here European countries, and Scandinavian countries in particular, can play a key role, Shibanova continued.

N. Petrov on protests in Russia 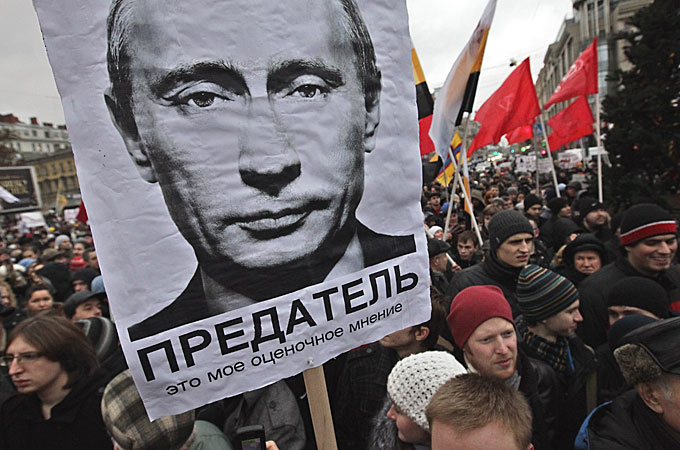 The current demonstrations were triggered by the way in which Putin announced his candidacy and the cynical manipulation of the Duma elections, said Nikolay Petrov in his presentation. This will also be the case during the presidential elections. Even without fraud on election day, the elections cannot be labelled free and fair due to the context in which they are taking place, Petrov argued. – Putin has chosen all the other candidates and is controlling the framework for the election. After the Duma election, the Kremlin has, through its policies, made clear that federal and local leaders who do not deliver positive results for Putin will be replaced, Petrov continued.

Petrov argued that it is a problem for Putin that public discontent has no possibility of being channelled via a real opposition. – Putin is currently a weak leader behaving like a strong one, and the elites at some point will want to replace him. Petrov predicted that Putin will win the election, but that he will hardly stay for the whole term. – In terms of real power, Putin will be out in 1.5-2 years, however,  for real political change to take place, it is not sufficient to replace Putin with another person. What is needed is reform of the political system, including the introduction of checks and balances which can limit the presidential power, Petrov underlined in his presentation. In his view, this is also in the interest of the elites. Petrov did not seem to fear the return to authoritarian rule. -The society is changing, and authorities are too. They are not interested in paternalistic structures anymore. The risk is chaos or nationalism, he argued.

Marie Eriksen: Norway should stand by its principles 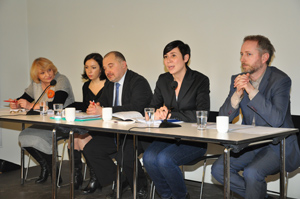 Ine-Marie Eriksen-Søreide from the Conservative Party and head of the Committee on Foreign Affairs and Defence in the Norwegian Parliament and Bård- Vegard Solhjell from the Socialist Left Party and member of the Committee on Foreign Affairs and Defence of the Norwegian Parliament participated in a panel discussion following the introductions by Shibanova and Petrov. Eriksen-Søreide emphasized that Norwegian authorities should lead a consistent human rights policy, without regards to political cost. She expressed concern about the illegitimacy of the current political system in Russia and feared further tightening of civil and political freedoms in connection with the organization of the Olymics in Sotchi in 2014. Eriksen-Søreide called for increased dialogue with Russian authorities as well as continued support to the Russian civil society.

Solhjell agreed that with regards to Russia, Norwegian authorities should stand for the same international legal principles as with regards to any other country. He did question the extent to which one can claim there is democracy in Russia today, end identified problem areas such as corruption, lack of rule of law and election fraud. Norway is in special situation being a neighboring country and should have close relations with Russia. An extensive dialogue is necessary. Also, support to free media and civil society is crucial.

You can watch full seminar and panel discussion below: