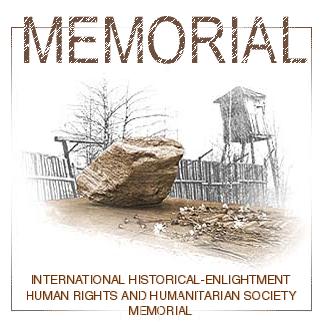 On the occasion of its 40th anniversary, Index on Censorship singled out the research and information centre Memorial which logs brutal repressions suffered by millions in former Soviet countries, for their continued dedication to guaranteeing freedom of information.

“Information about past is essential to freedom”
According to the Index, the centre has demonstrated a fierce commitment to protecting human rights.

“It not only chronicles the crimes of the Stalinist period, but monitors current threats against those who speak out against injustice. Memorial’s rema

rkable archive includes letters, diaries, transcripts, photographs, and sound files. Individuals with first-hand experience of Stalin’s terror and the Soviet Gulag have donated documentation they had hidden during this brutal period”, says the organization in its award.

The centre is a living tribute to the survivors of Soviet Russia, preserving documentation that many have tried to bury, and continue to conduct their work despite constant threats, states Index on Censorship.

In December 2009 a group of men from the Investigative Committee of the Russian General Prosecutor’s Office raided Memorial’s offices, confiscating hard drives and CDs containing its entire archive. The attack was condemned by activists and historians across the globe, and eventually all materials were returned after a battle in local courts.

Memorial’s work is a vivid reminder of the vital and very real risk taken by those who speak out against repression. particularly pertinent in Index’s 40th year. As the organisation explores its own archive and its role in exposing international human rights violations, it is conscious of the often undervalued work of historians and archivists in keeping the memory of these violations alive.

The award was presented to Memorial by Sir Evelyn De Rothschild, one of Index’s original trustees.

Irina Flige, left, director of research and Information centre Memorial in St Petersburg, accepting the award, said: “I understand this Award for Memorial as a recognition of the fact that truthful and exhaustive information about the past is just as essential to freedom as truthful and exhaustive information about the present day, and that the concealment of historical documents, the impediment of access to such documents, the persecution of those who try to make such documents freely accessible (and this still happens sometimes in Russia) are just as unacceptable as the concealment of topical information about human rights violations today”.

She also added that creation of Memorial’s archive was possible thanks to whole Memorial community in Russia and beyond.

“I thank you in the name of all Russian researchers, writers, teachers and museum specialists who are working on the tragic topic of the Soviet past and facing obstacles in their day-to-day work that are unknown to their colleagues in other countries”, Irina Flige told. his award recognises investigative journalism of dogged determination across a range of media, including print, online, radio and television.

Accepting the award, Idrak Abbasov said: “In Azerbaijan, where I have come from, telling the truth can cost a journalist their life. In countries such as Azerbaijan we journalists have to make a choice, and we choose the right to tell the truth.”

“For this right to tell the truth Elmar Guseinov gave his life in 2005. He knew he would not be forgiven, but he did not stop writing the truth,” he added. Bahrain Centre for Human Rights accepted the 2012 Advocacy Award. This award recognises campaigners or activists who have fought repression, or have struggled to challenge political climates and perceptions.

Innovation award
Freedom Fone by Kubatana accepted the Innovation Award, which recognises innovation and original use of new technology to circumvent censorship and foster debate, argument or dissent.

Accepting the award FreedomFone activist Upenyu Makoni-Muchemwa said: “The Kubatana Trust of Zimbabwe’s primary objective is to make human rights and civic information accessible from a centralised, electronic source. We use the Internet, email, blogging, SMS, Freedom Fone, DVDs and print publications to share this information with Zimbabweans living in urban and rural locations”. “Our technical director, Brenda Burrell, had a vision to enable activists and NGOs to create short audio programmes, which people could call in to listen through their phones. Thus Freedom Fone was conceptualised. Information can be shared and received at anytime in any language wherever there is mobile coverage. Traditional roadblocks of licensing, regulation and literacy are bypassed, and freedom of expression is broadened”, they added. battles against repression and injustice.

According to the winner, artists are an integral part of any popular revolt.

“Their work encourages people to participate and take part in the revolution. Artists come from among the people and express their hopes, dreams and struggles. […] The artist needs to keep a compass in his heart and mind to be faithful to his people’s needs. […] For any artist, his compass should be […] a lamplighter who shines a light on love, humanity and freedom when times are dark and difficult”.

Here you can find more information about the winners in each category and other nominees in four categories.

Nominees for Freedom of Expression Awards 2012

Winners of the Freedom of Expression Awards 2011