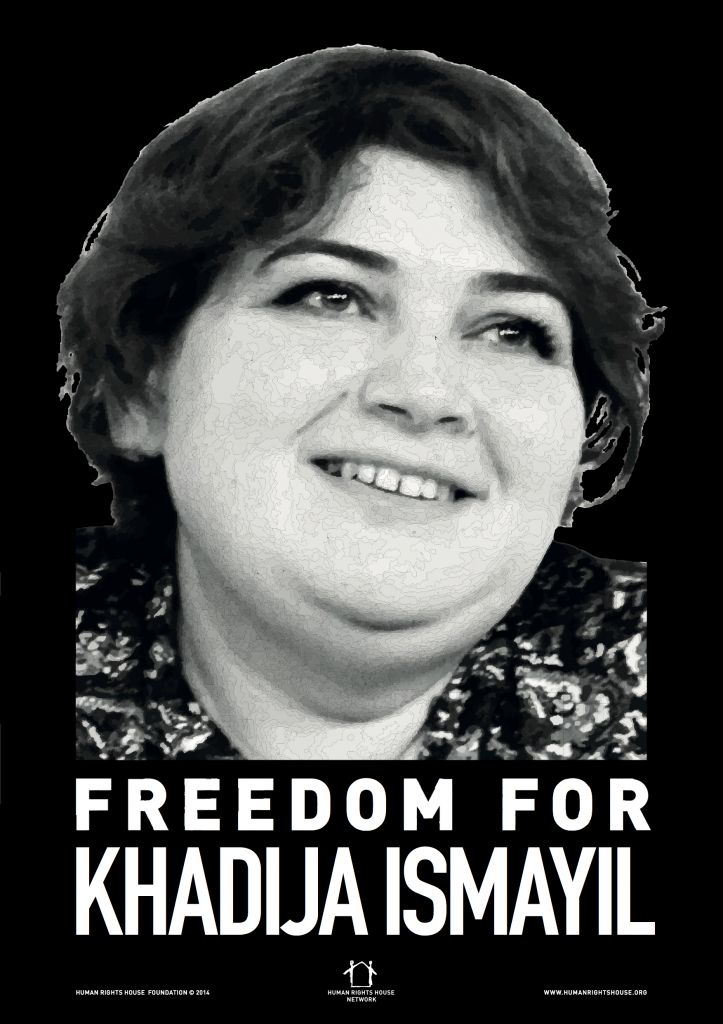 Khadija Ismayil is an independent investigative journalist in Azerbaijan. Since 5 December 2014, she is behind bars in her country, solely due to her reporting.

The theme for this year’s World Press Freedom Day is “Access to Information and Fundamental Freedoms – This Is Your Right!”. Khadija Ismayil is this year’s winner of the UNESCO/Guillermo Cano World Press Freedom Prize she remains imprisoned in Azerbaijan for exposing high-level corruption in the country through her work as an investigative journalist. HRHN repeats its call for her freedom.

“Freedom of press is important for all people to understand what is true,” commented Emin Huseynov, Director of the Institute for Reporters’ Freedom and Safety. “Khadija’s work is so important and people deserve to know her findings. International bodies need to make concrete actions to develop the culture of free press and access to information. The alternative is propaganda and manipulation.”

On World Press Freedom Day, Sports for Rights and 18 international NGOs condemned the Azerbaijani authorities’ relentless crackdown on independent media and other critical voices. They called on the Azerbaijani authorities to implement immediate and concrete steps to improve freedom of expression in the country, starting with the unconditional release of Khadija Ismayil and Azerbaijan’s other jailed journalists, bloggers, and other political prisoners.

World Press Freedom Day was proclaimed by the UN General Assembly in December 1993, following the recommendation of UNESCO’s General Conference. Since then, 3 May, the anniversary of the Declaration of Windhoek is celebrated worldwide as World Press Freedom Day. It is an opportunity to: celebrate the fundamental principles of press freedom; assess the state of press freedom throughout the world; defend the media from attacks on their independence; and pay tribute to journalists who have lost their lives in the line of duty

Khadija Ismayilova is an independent investigative journalist in Azerbaijan. She is also since the crackdown against civil society this summer one of the only voices left to tell the rest of the world what is going on in Azerbaijan.

Khadija Ismayilova is a host on Radio Free Europe / Radio Liberty. From 2008 to 2010, she was the Baku Bureau Chief for Radio Azadliq, RFE/RL’s Azerbaijani Service.

In 2012 the Zeit Stiftung and Fritt Ord Foundation awarded Khadija Ismayilova with the Gerd Bucerius Free Press of Eastern Europe Award in May 2012. She has also received many other awards and is a well-known and respected journalist.

She has covered stories related to corruption in Azerbaijan, including for the Organised Crime and Corruption Project. Most recently, she has also worked on consolidating the list of 98 political prisoners in Azerbaijan, prepared by Azerbaijani NGOs.