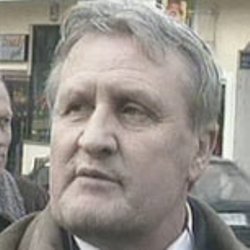 A Bosnian court has found an Imam (local Islamic priest) guilty of sexually abusing an underage girl and sentenced him to 18 months in prison, in a case that shocked Bosnia and stirred up tensions between local media organizations and the country’s influential Islamic Community. The family of the girl pressed charges against the Imam last year, accusing him of sexually molesting their underage daughter during religion classes.

Published: February 16, 2009 Author: Based on the article by Srecko Latal, BIRN BiH

“As Allah is my witness, I did not commit this crime,” said Imam Resad Omerhodzic, who plans to appeal the ruling.

His defense attorney, Adil Lozo, accused the legal team representing the girl of manipulating the trial – which was closed for the public – by leaking information to media. He stressed that the verdict was based solely on incriminating testimony of only one out of 19 witnesses who were heard during the trial.

The leader of Bosnia’s Islamic Community, Grand Mufti Mustafa Ceric told journalists that they will respect court’s ruling and suspend Omerhodzic. Yet he stressed that he considers Omerhodzic to be innocent until the end of the appeals’ period and the final verdict.

“I want to express my deep sorrow because of this event, “ Ceric said at a press conference he gave jointly with the defense attorney Lozo.
Ceric conceded that the Islamic Community made a mistake not investigating the case internally and said they have “learned a valuable lesson” and will tighten up Imams’ discipline and supervision in future.

The lawsuit, Bosnia’s first such high-level public case of alleged sexual abuse by a religious figure in recent history, was widely reported by local media.

Some TV stations, newspaper and magazines went further and investigated the case, reporting on a further four cases of girls allegedly were abused by the same Imam in the past four years. They carried disturbing testimony from some of these girls and other witnesses, including even one of the Imam’s best friends, who said the Imam had admitted his wrongdoing to him.

The reports triggered strong criticism from Bosnia’s Islamic Community. Last Friday, a three-person TV crew from one of the most popular local programs, Federal Television’s “60 Minutes”, was assaulted by what they said was a group of conservative Muslims. Two days later, a local villager due to testify for the prosecution in the trial, received threats.

Bosnia’s Islamic Community refused to comment on the trial before the verdict, and Grand Mufti Ceric, the leader of the Islamic Community, in one his sermons reportedly defended the conservative Muslim group and their actions.

Outraged at the lack of any condemnation of the beating, FTV in its evening bulletin said that Ceric “is protecting pedophiles in the Islamic Community as well as hostile Wahabbis, and is openly calling for the lynch of unsuitable journalists.”

Tensions threatened to boiled over at the Friday press conference. Incensed by the fact that Ceric appeared at the press conference together with the defense attorney and that he repeatedly avoided saying whether he will visit the abused girl and her family, journalists attacked both men with a barrage of questions and accusations.

Ceric then accused media of Islamophobia, which brought the press conference several times almost on the verge of a brawl.

“This case is about a little girl, about pedophilia, and has nothing to do with Islamophobia,” one of the journalists yelled during the tense press conference.

Analysts have said that increased tensions between the public, the Islamic community and media, have completely overshadowed the sex abuse case, which unintentionally reopened old debates about religious radicalization and the role and behavior of religious communities and their leaders in post-war Bosnia and Herzegovina.

The village of Gluha Bukovica had previously gained notoriety from being mentioned in several trials of the International War Crimes Tribunal for former Yugoslavia, ICTY, against Bosniak military commanders. During the war, the village was a base for groups of foreign Islamic fighters who came to Bosnia during the war to fight alongside the Bosniak-dominated Bosnian Army.