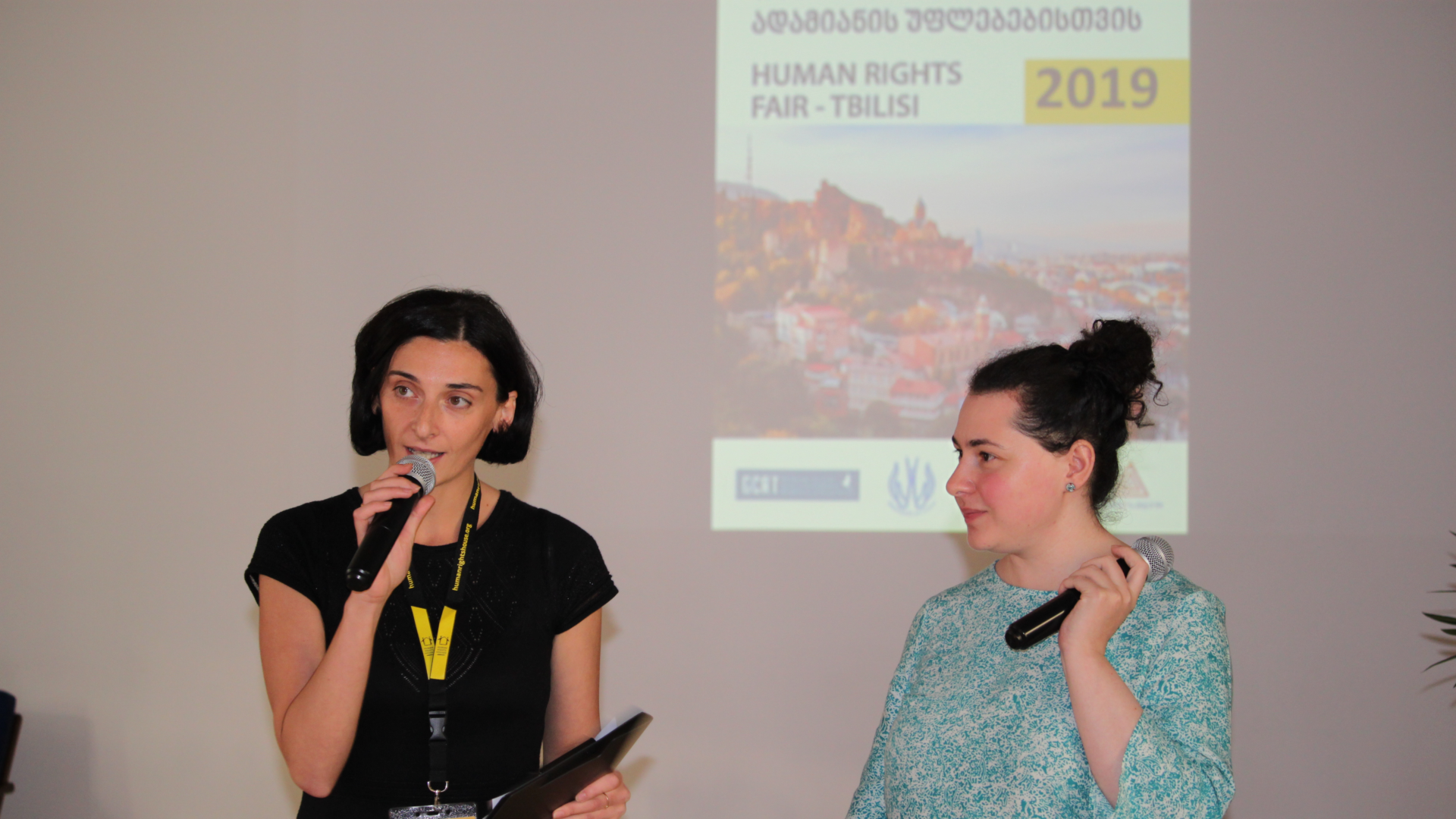 More than 150 activists, representatives of human rights defending organizations or international and diplomatic corps based in Tbilisi and other regions of Georgia joined the Human Rights Fair Tbilisi on 16 July 2019.

This is already the second year Human Rights House Tbilisi (HRHT) hosts the Fair. The event aims to create a unified communication platform for the regional human rights organisations and activists, strengthening and promoting human rights activism in the regions. Within the framework of the Fair, 10 organisations from five regions of Georgia presented information about themselves and printed visuals to the interested parties.

The Fair of 2019 was unique as it hosted strong and active women advocating for others and fighting against social problems. However, their profile as well as the problems they take on, are not widely known. The role of active women, especially representing the regions or ethnic minority communities, is invaluable as they often face barriers not only as human rights defenders but also as women victims of gender-based discrimination.

Women activists from the regions actively participated in the panel discussions held within the Human Rights Fair Tbilisi. Advocating for the rights of women from ethnic and religious minorities and human rights activism in the regions of Georgia were the major topics of parallel panel discussions. The first panel discussion covered the problems faced by women from vulnerable (ethnic and religious minorities) groups. The women representing above-mentioned communities shared their personal experiences and highlighted the importance of education in avoiding abuse. The second discussion was focused on the needs of the human rights defending organisations in regions. This discussion emphasised the importance and revealed the need for creating a communication platform for the human rights activists and the human rights defending organisations based in the regions of Georgia.

Human Rights Fair Tbilisi also hosted the photo exhibition of the participants of a photo contest “Unknown Portraits – Women in Activism” and the award ceremony of the winners. The exhibition featured the portraits of 12 strong and active women to promote their activities and share their problems with the wider public. The portraits united the women who are very active in their own communities – women who fight for the rights of vulnerable groups, represent ethnic or religious minority communities, and own small scale enterprises. Two winning photographs and three photographed women were awarded prizes – Photographers received prize money and the photographed women will have the opportunity to implement a project on an issue they are advocating for, with the grant support from Human Rights House Tbilisi.

A new video was also presented within the Fair. The video features the stories of five women and aims at raising awareness about the problems they face. The main highlight of the video is to strengthen other women and show that a problem may be accepted as a challenge and even one initiative – one person can change the whole picture.