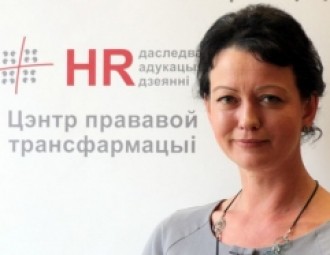 Belarusian and international human rights organizations have launched a campaign in support of the well-known Belarusian human rights defender Elena Tonkacheva (right), chairman of the Legal Transformation Center Lawtrend, who was deprived of her residence permit in Belarus and ordered to leave the country for 3 years.

Elena Tonkacheva, Chairperson of the Board of the Legal Transformation Center, although being a citizen of the Russian Federation has permanently resided in Belarus since 1985, and for years has been engaged in educational, analytical and research work in the field of human rights. Ms Tonkacheva is a highly qualified expert in law and human rights; the organization headed by her is one of the leading human rights NGOs in Belarus.

On 30 October 2014, Ms Tonkacheva was notified about the cancellation of her residence permit and on 5 November 2014 the question of her deportation from Belarus was considered and it was decided that the human rights defender should leave Belarus in a month. She is deported from the country for the period of 3 years. The formal reason for that are administrative breaches (insignificantly exceeding speed limit when driving).

“The disproportionate measures used by the Belarusian authorities in this case give grounds to believe that these minor breaches are used solely as a pretext to punish Ms Tonkacheva for her principled position and long-term human rights work and either to stop or create considerable obstacles in her human rights activities,” – says the statement, which was signed by human rights defenders from Azerbaijan, Armenia, Georgia, Norway, Russian Federation, Ukraine and Croatia.

In this regard, the authors of the appeal urge the Belarusian authorities to:

– Repeal the decision to cancel Ms Tonkacheva’s residence permit and not to deport her from Belarus;

– Take effective measures to protect human rights defenders and provide them with a possibility to carry out their human rights activities without any obstacles, as stipulated in the UN Declaration on the Right and Responsibility of Individuals, Groups and Organs of Society to Promote and Protect Universally Recognized Human Rights and Fundamental Freedoms from 9 December 1998;

Furthermore the situation of Elena Tonkacheva was reported to the High Commissioner for Human Rights and the UN Special Rapporteur on human rights defenders and human rights situation in Belarus.

“We, representatives of Belarusian and international human rights organizations, consider the actions of the Belarusian authorities aimed at annulment of the residence permit and subsequent expulsion of one of the country’s leading human rights activists as politically motivated and aimed at the involuntary termination of Yelena Tonkacheva’s legitimate human rights activities or creation of significant obstacles in the conduct of such activities,” – says the appeal.

A statement was also prepared by Belarusian National Platform of the Eastern Partnership Civil Society Forum. We think that the decision to cancel the residence permit and the threat to expel her from the territory of our country is a politically motivated and disproportionate sanction in comparison with the danger of the committed misdoing. The real basis is Elena Tonkacheva’s political position and active human rights defending activity.” – says the statement, signed by more than 30 people – representatives of NGOs and human rights organizations.

In defense of dignity