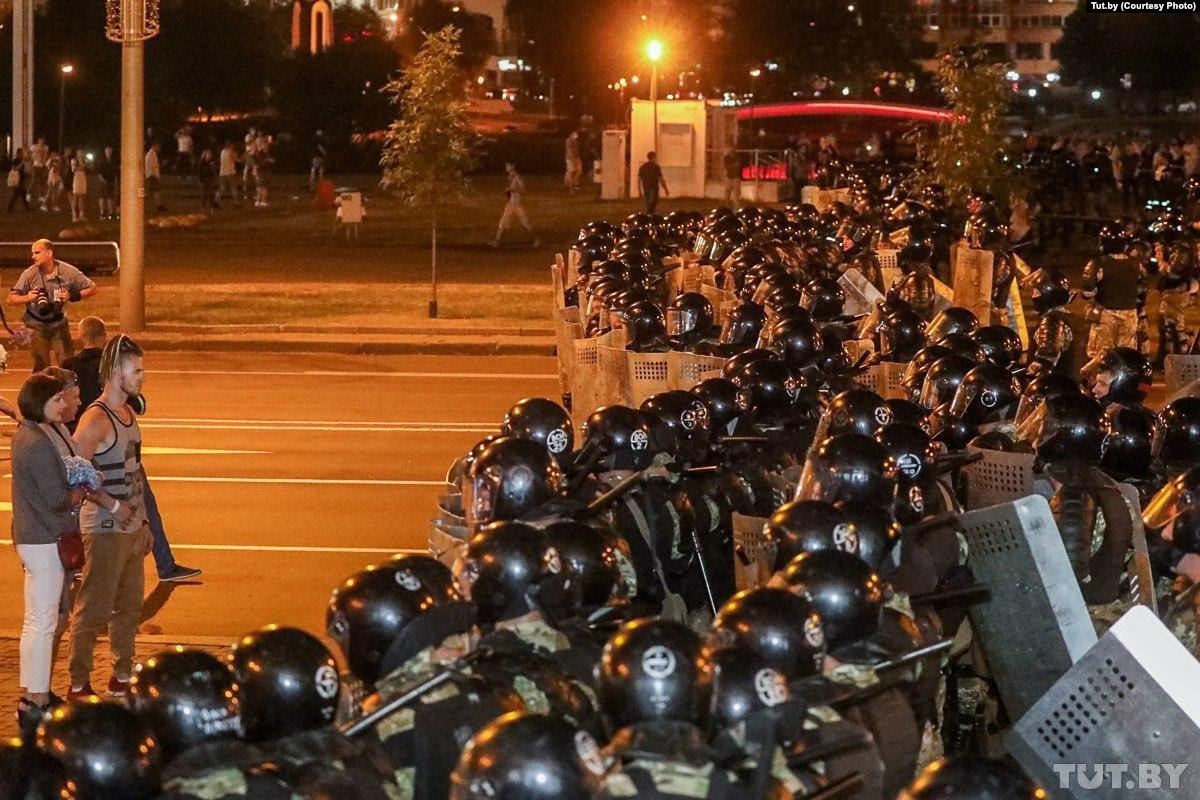 This statement is available to read in Armenian and Georgian.

The weeks leading up to the election, yesterday’s election, and the violence against peaceful protesters which has followed that election reflects the authorities’ unwillingness to ensure Belarus meets its international human rights obligations. Intimidation and the use of violence on the part of the authorities further illustrates their total disregard for the Belarusian people and their rights.

With events unfolding in Minsk and across the country rapidly, the Belarusian authorities have ordered attacking peaceful protesters who are calling into question the officially reported presidential election results. Reports and first-person video accounts reveal mass arrests, injuries to peaceful protesters, and overall intimidation measures by the authorities. Journalists are being imprisoned, communication channels are shutdown and the spread of information about the election and peaceful protests is purposefully limited. Human rights defenders are also under attack.

These measures follow weeks of actions by the authorities to stifle the political opposition, influence the outcome of the presidential election, intimidate independent journalists and human rights defenders, and use the powers of the state to attack fundamental human rights. These actions, in turn, follow years of on-going repression and remind of the violent crackdown by the authorities after the presidential election in 2010.

We echo the statements of Belarusians peacefully protesting and call on the international community to use all available political and economic tools to pressure the Belarusian authorities to: