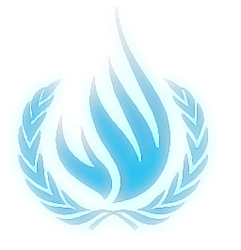 HRHF raises situations in Azerbaijan and Russia at UN

At the 20th session of the Human Rights Council, the Human Rights House Foundation (HRHF) raised the worrying situations in Azerbaijan and in the Russian Federation. You can read the full oral statement on the right.

The Eurovision Song Contest ended in Baku but in Azerbaijan repression continues, as underlined by HRHF and its partner NGOs in our joint written submission. Photographer and blogger Mehman Huseynov is viewed by many local campaigners as “the first victim of Eurovision” with the renewed repression against journalists and human rights defenders. This repression follows a public statement by the presidential administration urging civil society to take action against critical journalists and activists. Authorities also adopted legislation on access to public information, which contradicts international freedom of information principles.

These moves occur against the backdrop of an overall alarming freedom of expression situation, which must be addressed.

We call upon the authorities of Azerbaijan to drop all charges against journalists, human rights defenders, and political activists, including activists from the Kura region, and protect their rights to freedom of expression, association, and assembly.

We are equally worried by the recent moves of the authorities of the Russian Federation aiming at restricting activities of civil society.

The amendments adopted in June 2012 to the law on public rallies and to the administrative code create a restrictive legislative framework and have a chilling effect on the public engagement of civil society.