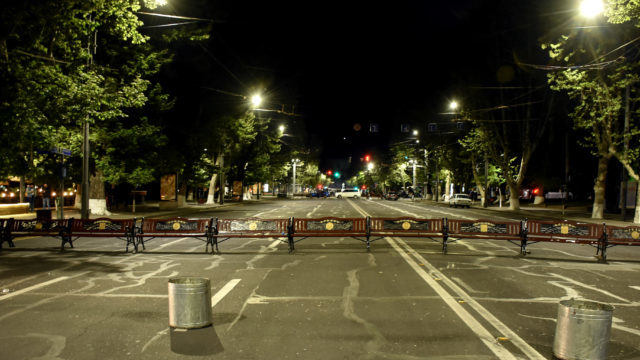 From Shrinking Space to Post-Revolutionary Space

Discover how progressive civil society groups became among those at the forefront of the Armenian revolution, by acting as an inspiration and role model for larger social groups by popularising mechanisms and techniques of resistance.

Socioscope, member of Human Rights House Yerevan, has published in-depth research into the role of civil society in Armenia before and after the revolution of 2018.

Outside of Armenia, the research is particularly useful for civil society groups in other countries and for donors who are interested in the development and empowerment of civil society organisations, especially in the context of the global trend of closing space for civil society.

Some individuals from these groups became part of the interim government or local self-government bodies shortly after the revolution, and more recently voted into the Armenian National Assembly following the 9 December parliamentary elections. Yet, others have preferred to remain outside of the government and to continue their work as human rights advocates in the civic sector.

The report indicates that not only has the political map been transformed considerably, but so has civil society, and this is likely to continue.

The analysis by Sociscope concludes with policy-oriented recommendations relevant to the role and relations of civil society and outlines paths forward.