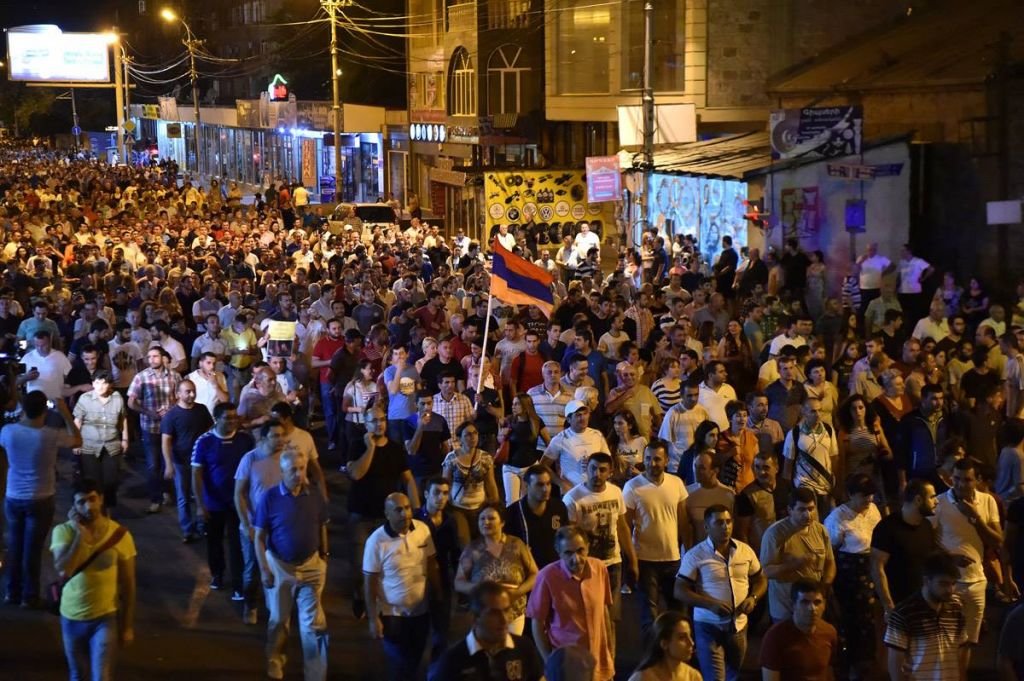 Members of Human Rights House Yerevan report that police have detained up to 80 people in Armenia since the protests began. There are also allegations that police did not provide information on some of these persons’ whereabouts for many hours, did not grant them timely access to legal representation, and have used disproportionate force against protestors. These detentions come amid mass protests in Yerevan, sparked by the armed occupation of a police station in the city’s Erebuni district.

“HRHF condemns any use of violence from any side and highlights the importance of peaceful protest. We are concerned about alleged human rights violations, namely Article 11 of the European Convention on Human Rights due to alleged disproportionate use of force by law enforcement authorities against those demonstrating peacefully,” commented Ane Tusvik Bonde, Regional Manager for Eastern Europe and Caucasus at the Human Rights House Foundation (HRHF).

According to the General Department of Investigation of Particularly Important Cases of the RA Investigative Committee, as of 27 July, 62 persons – 37 policemen, 25 civilians – had sought medical aid relating to different injuries caused by the disorder, and 12 people had been charged for their involvement.

Reports also suggest violations of Article 5 of the convention, with authorities not informing the family and friends of those detained and not respecting their right to meet with a lawyer.

HRH Yerevan published a statement today (28 July), saying that Levon Barseghyan, chairman of the Journalists’ Club Asparez, a member of Human Rights House Yerevan, had been “detained illegally in the early morning of the 27th at 3am [Yerevan time],” and that “no one among his co-workers and family members knew about his whereabouts until 4pm.”

The Ombudsman posted on Facebook at 17.15 saying that the office had met with Barseghyan at the Shengavit police station, and had intervened to enable him to meet with his lawyer.

“This indicates Barseghyan was detained for more than 12 hours without the possibility to inform his family or colleagues of his whereabouts, and without access to a lawyer.” continued Bonde.

Prior to being detained, Barseghyan participated in peaceful protests and made public statements during the rallies. 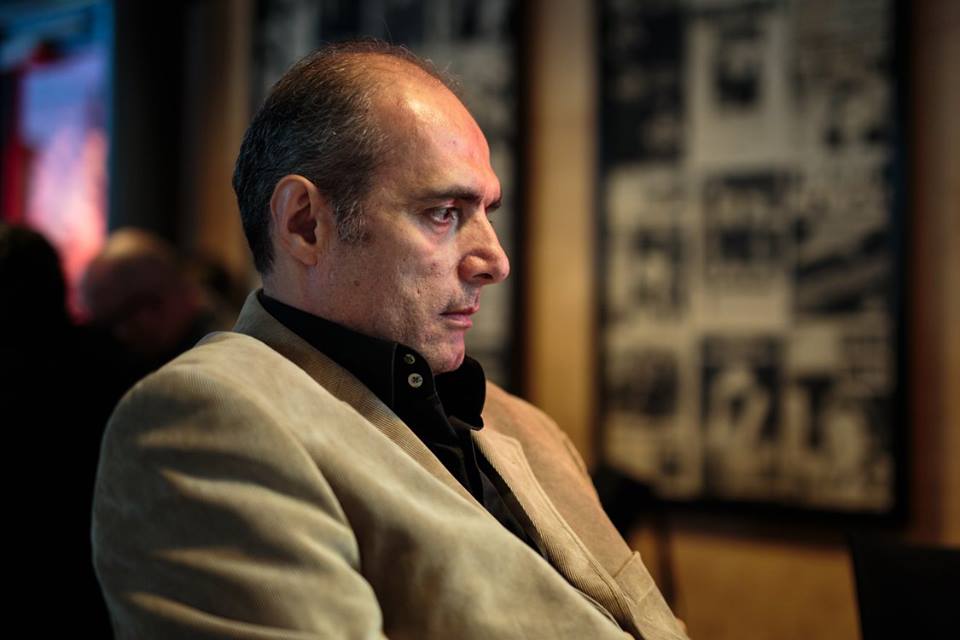 Mass protests and arrests by police began in Yerevan on 17 July, sparked by the shooting of a police officer, the taking of hostages, and the armed occupation of a police station in the Erebuni district by the group Sasna Dzrer [Daredevils of Sasun]. This group of veterans of the Nagorno-Karabakh conflict are still occupying the police station. They are calling for the release of opposition political activist Jirayr Sefilyan, who was arrested in June 2016 on charges of illegal arms trafficking and possession, and for the Armenian President Serge Sargsyan to resign.

Mikael Danielyan, Chairman of the Helsinki Association for Human Rights, said: “The recent actions of the authorities belong to the police state. The police actions have long been like this, only that now they are more aggressive as the authorities could not foresee such developments inside the country. The authorities should show political will and start respecting human rights. However, as the State is in deep crisis right now, we should not be optimistic about this.”

Soon after police began activities against protestors, HRH Yerevan issued a statement calling on “the police and security services, as well as other stakeholders, to act to ensure the rights and freedoms of citizens are respected and protected.”

The EU delegation in Armenia, on 21 July, stressed that the use of force to achieve political change is unacceptable, and called for police to be proportionate in their response and for protestors to remain peaceful: “With concern we note reports on excessive use of force and mass arrests by the police. In that regard, we call on the authorities to observe the principle of proportionality in handling public manifestations, which applies to both peaceful and violent gatherings. Likewise, demonstrators need to refrain from violence in the exercise of their civil rights.”

The Arka news agency reported on 26 July that the Ombudsman in Armenia had received 114 complaints since protests began, mostly related to detentions, violence by police, and illegal seizure of personal items from citizens.

HRHF, through its partners in Armenia, will continue to monitor the situation in Yerevan.

The right to assembly in Armenia

Violations of the right to freedom of assembly have long been a core human rights problem in Armenia, relating to excessive use of force by law enforcement authorities and arbitrary detention.

In June 2015, during the protests of “Electric Yerevan,” representatives of the Human Rights House Network documented similar alleged violations of the right to peaceful assembly, including excessive use of force by the police, alleged inhuman treatment, and arbitrary detention.

During the UPR review in 2015, Armenia received multiple recommendations regarding the need to ensure the freedom of assembly of its citizens, including opposition members.

The UN Human Rights Committee, in its concluding observations regarding Armenia in 2012, expressed concern about the lack of accountability of police in the cases of excessive use of force and called on the authorities to train the police forces effectively, to ensure they respect human rights.

In 2011, the UN Working Group on Arbitrary Detention called on Armenian authorities to improve the situation regarding the right to peaceful assembly.