Home
/
Latest
/
Crimea: The rule of Kremlin prevails over the rule of law 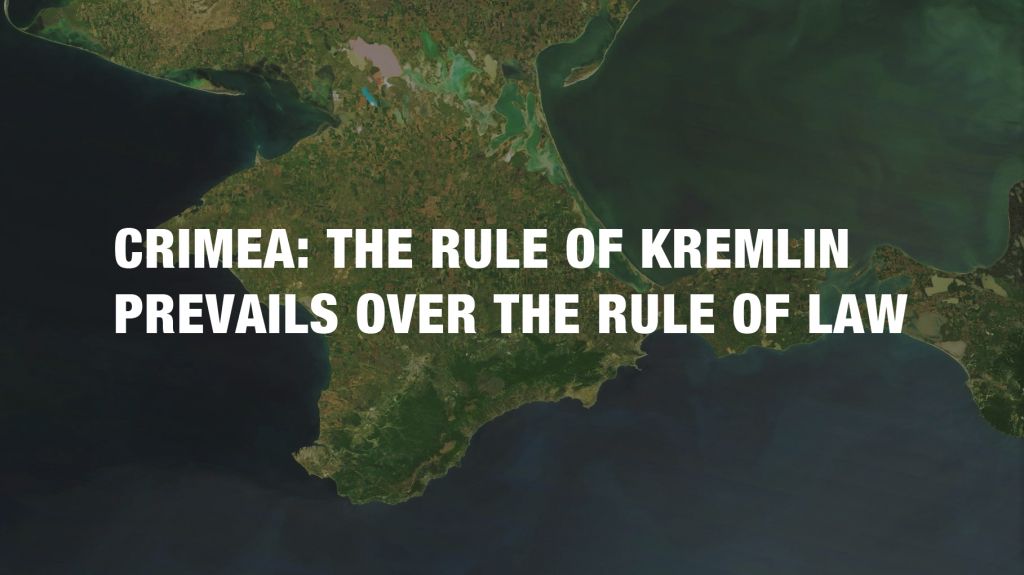 Crimea: The rule of Kremlin prevails over the rule of law

“The rule of the Kremlin prevails over the rule of law and the de facto authorities repeatedly abuse their dominance, empowered by a strong sense of impunity,” stated HRHF on 22 March at the Human Rights Council.

HRHF, in its statement prepared in close cooperation with its partner NGOs working on Crimea, urged the international community to further scrutinise the human rights situation in Crimea, and highlighted the significant restrictions imposed on Crimeans by the Russian authorities on the fundamental freedoms of expression, assembly and association. These restrictions were also stressed by the representative of Germany, who highlighted continued violations of the rights of Crimeans to the freedoms of assembly and association.

However, the de facto authorities make it difficult for international monitors to gain access to the peninsula. This issue of lack of access to Crimea and the areas of conflict in Eastern Ukraine for international monitoring bodies was raised by the Czech Republic, who called for “authorities to grant unhindered access to the OHCHR to all areas of Ukraine and Crimea”, and by the Council of Europe who expressed hope that their monitoring bodies “will have full, free and unhindered access to all parts of Ukraine”.

HRHF warned that the de facto authorities, as part of their effort to limit the spreading of information about human rights violations, target human rights defenders, lawyers, and journalists monitoring the situation and reporting about it to the outside world. Leader of one of HRHF’s partner organisations working on Crimea, Olha Skrypnyk from the Crimean Human Rights Group was recently held, along with two colleagues, for seven hours by Russian FSB (Federal Security Service), as they were carrying out regular monitoring of a border-crossing checkpoint.

Further, HRHF warned that anti-extremism and anti-terrorism laws are utilised in order to criminalise non-violent behaviour, suppress dissent, and exploit judicial and law enforcement systems as instruments to clamp down on opposition voices.

Criminal prosecutions have been launched against journalists and media workers reporting on human rights violations in Crimea, or who have mentioned it as a territory of Ukraine.

Crimean journalists, Andriy Klymenko (BlackSeaNews), Anna Andrievska (Center for Journalism Investigation) have had criminal cases launched against them, while Mykola Semena (Radio Liberty / Radio Free Europe) is on trial for charges of “separatism” and could face up to five years in prison for publishing an article underlining that Crimea is Ukrainian territory.

Lawyers such as Mark Feigin, Nikolay Polozov, Emil Kurbedinov and Edem Semedlyayev have been repeatedly subjected to harassment and pressure due to their professional activities. On 26 January 2017, Crimean Tatar lawyer Emil Kurbedinov was sentenced to 10 days of administrative arrest for disseminating what was deemed extremist material. “This increased pressure is emblematic of the continuous interference of the de facto authorities in the conduct of the professional activities of lawyers,” stated HRHF.

The treatment of the Tatar people in Crimea was also addressed at the session by the European Union, which raised its concerns over their persecution.

Human rights violations have also been committed by paramilitary groups, such as the self-styled Crimean self-defence force, who have not been held accountable.