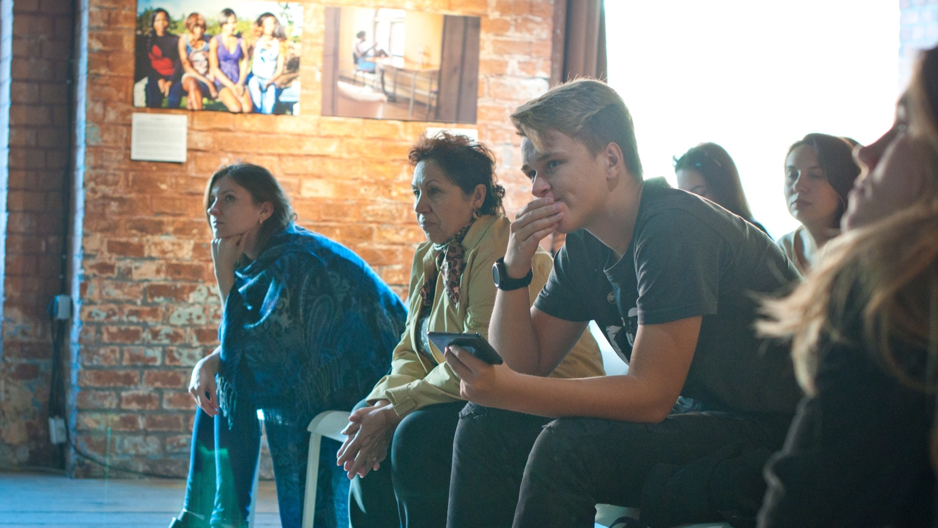 Co-organised by Human Rights House Voronezh, “City of Rights / Right is Right” human rights festival was held in Kaliningrad from 11-14 October, the first time it has travelled outside of Voronezh.

Kaliningrad and its surrounding region played host to 12 free educational events, as well as a play, a photo exhibition, an action to clean up the Baltic coastline, and the launch of a campaign to collect books for prisoners. Around 200 residents of Kaliningrad joined the organisers for the festival.

Now in its seventh year, the festival was also held in its city of origin, Voronezh, in April 2018.

We share photos and insight into the events and actions taken during the festival. 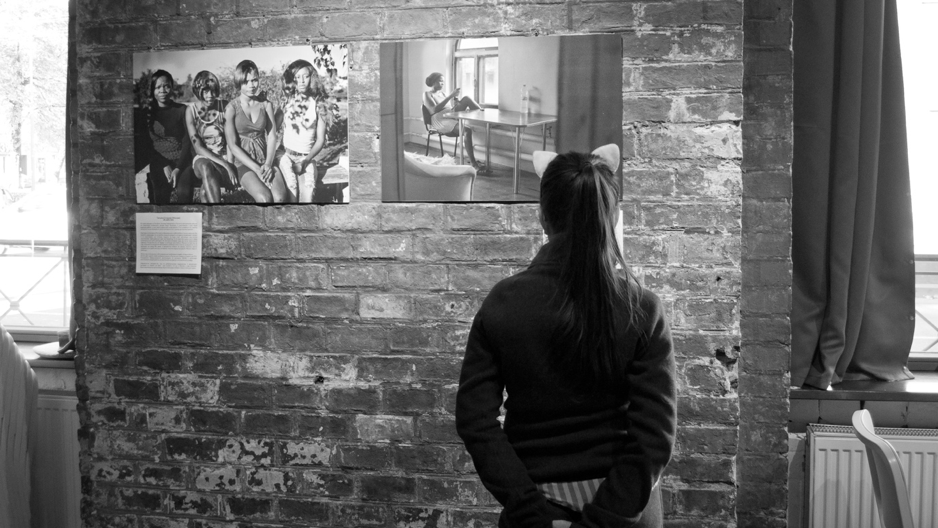 The “Not passing witness” photo exhibition visited Kaliningrad as part of the festival. Kaliningraders had the opportunity to see the photos from the short list of the first All-Russian photo contest on violations and protection of human rights, previously exhibited in Voronezh and St. Petersburg. 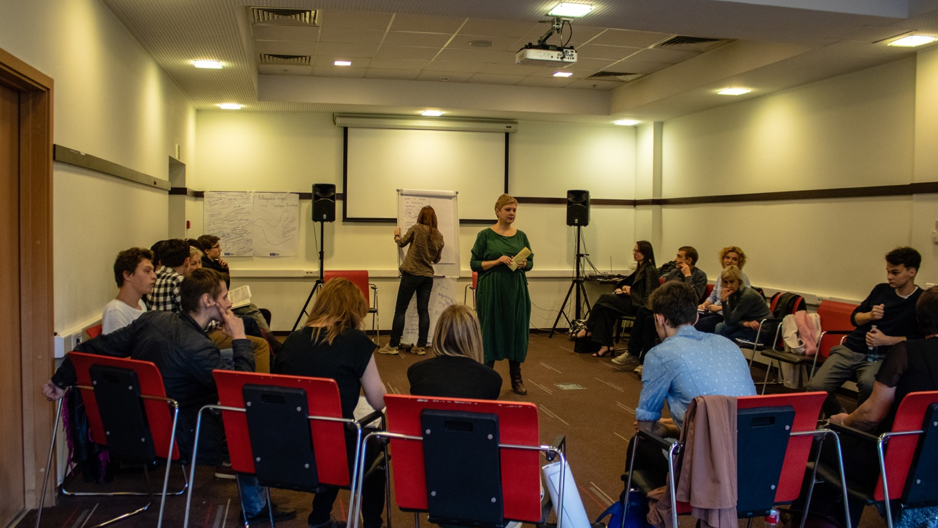 One of the key events of the festival was the introductory course on human rights – a seminar about what human rights are and how they can and should be used to protect justice and people’s interests. Maria Gordeeva, director of the International School of Human Rights and Civilian Actions, held the seminar. She admitted that she was very impressed with the participants and their activity, which made the seminar one of the most successful in recent times.

Plastic and the environment 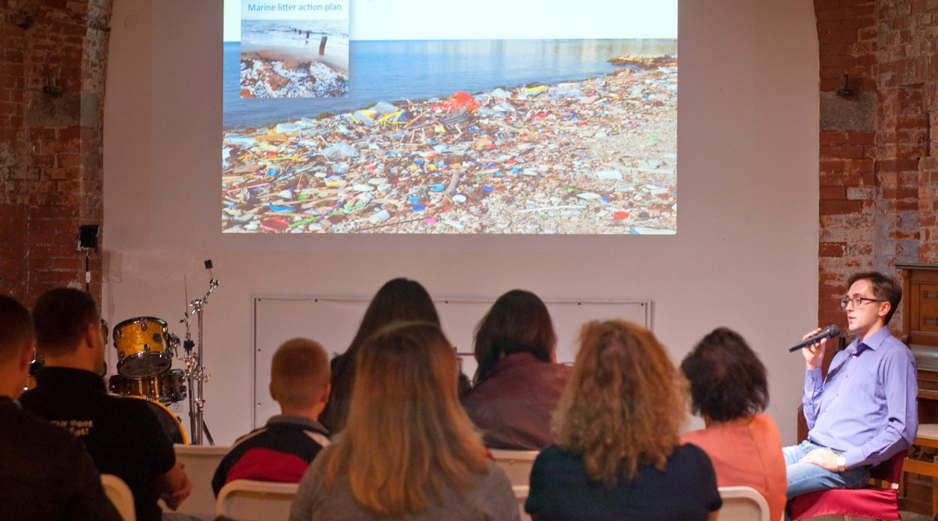 Dmitry Nesterov, coordinator of the Zero Waste project of the Russian department of Greenpeace, addressed the threats of plastic pollution for Russia and for the whole world, and explained why this is a pressing global environmental challenge. As part of the lecture with environmental experts, he also discussed the everyday things people can do to save the planet. Dmitry Filippenko, chairman of the Kaliningrad social movement Green Planet, took the discussion to the local level, talking about the features, difficulties and successes of introducing separate waste collection in the Kaliningrad region. 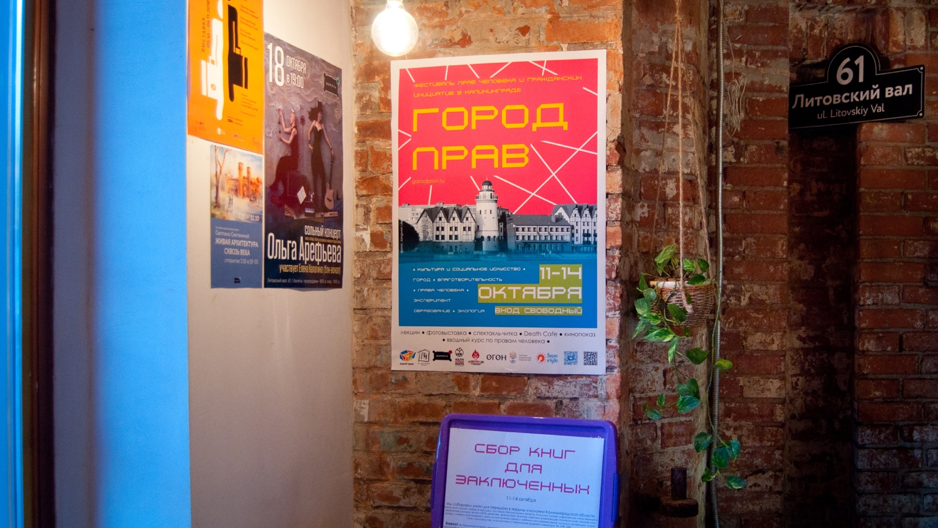 For inmates of prisons and colonies in the Kaliningrad region, organisers held a charity action to collect books. A special container was quickly filled, and the action was extended longer term due to the strong response of people bringing books.

“Justice for the dictator” 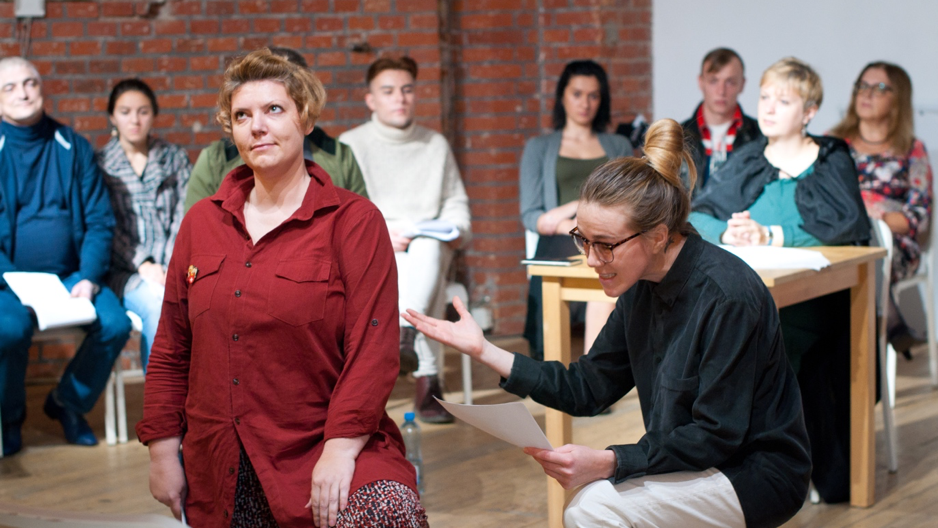 The play “Justice for the dictator” was shown for the second time on the Russian stage at the festival. This is based on the play “The Trial of Mussolini” written in 1943 in the midst of World War II, by the British Michael Foote under the pseudonym Cassius. It was translated into Russian and staged by Voronezh activists on this year’s International Peace Day. It is not staged by professional actors, but by local activists and viewers who take part – acting as jurors and deciding what sentence the defendant deserves. This time the reaction of the audience was a surprise; Kaliningraders, unlike the citizens of Voronezh, fully justified the dictator.

Psychology and meaning of life 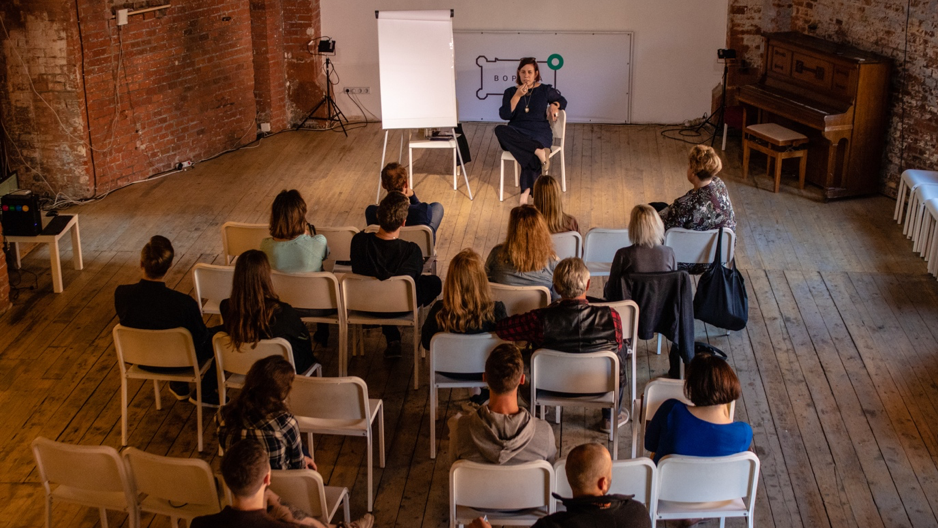 Traditionally one of the most visited events of the festival, existential psychologist Irina Zhirkova held an interactive lecture about the value and importance of aggression, anger, resentment and sadness Zhirkova also conducted a workshop in which Kaliningraders could explore the problem of finding the meaning of life within the framework of the logotherapeutic tradition.

The first Death Cafe meeting in the history of Kaliningrad was held during the festival. It aroused great interest among Kaliningraders, who eagerly responded to the idea of getting together in order to talk about death in a cozy atmosphere with a cup of tea. Some of the participants expressed their desire and readiness to create the Kaliningrad Death Café, so that meetings take place on a regular basis, as happened previously in Voronezh this April (2018). 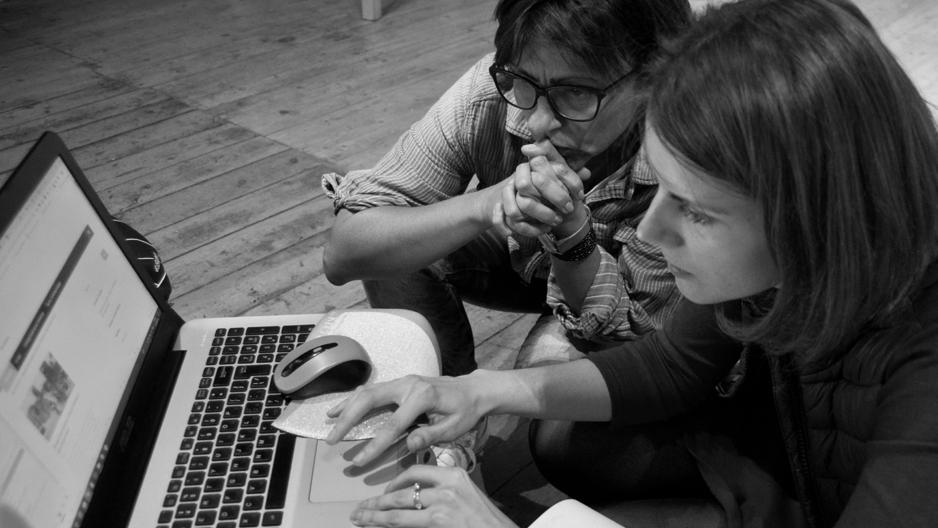 Kaliningrad activists learned to create a website from scratch without a budget or programming skills, as part of a free master class at the festival.

Alexandra Pintelina and Aleksandr Genneberg from the Joint Public Watching Group talked about their experience in civil control and how to improve the work of the state not through conflict, but through interaction.

How the mind works and why it breaks 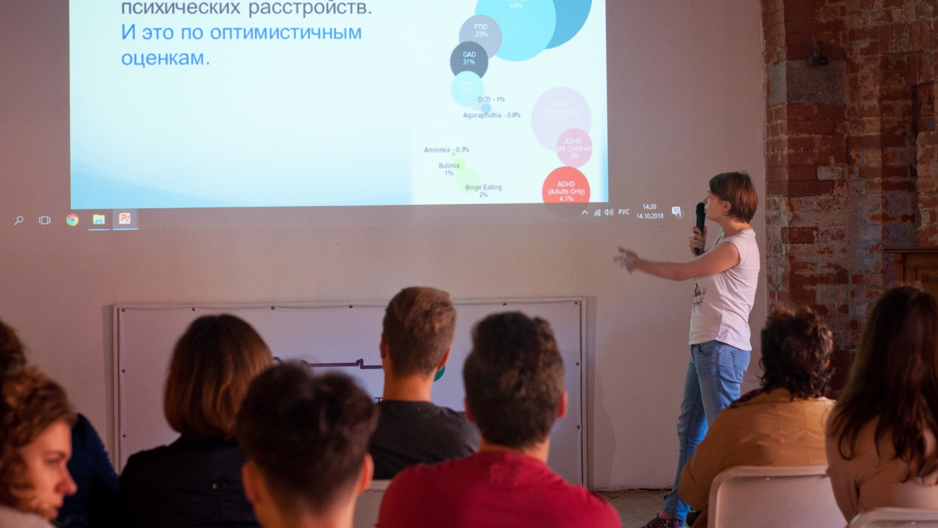 Scientific journalist, writer, and co-author of the book “Going Crazy: A Guide to Mental Disorders for Big City”, Daria Varlamova gave a lecture on how the mind works and why it breaks. She also focused on what to do in a situation where you or a person close to you faces a mental disorder, such as depression or panic attacks. Varlamova is the winner of the 2017 Educator Award.

Clean up of the Baltic coastline 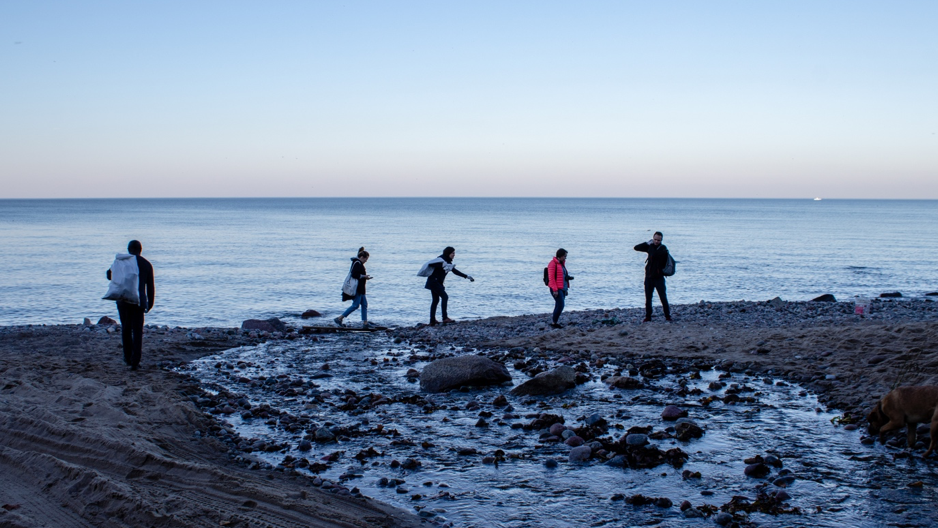 During one of the days of the festival, participants and organisers took to Filinsky Bay to help clean up the Baltic coastline by collecting rubbish. Inspired by the action of the World Ocean Museum “Beyond the Clear Sea”, the participants filled bags with plastic and metal and sent it for recycling. Non-recyclables went to ordinary rubbish containers. This waste was collected in one of the most beautiful places in the Kaliningrad region.

The festival was originally called “Human Rights Week” when it was launched in Voronezh in 2011. Human rights organisations from across the region held events, including Human Rights House Voronezh which organised an open day and field legal consultations in districts of the Voronezh region.

In 2013, the event became a full-fledged festival of human rights and civil action and was renamed the “City of rights\City is right”.