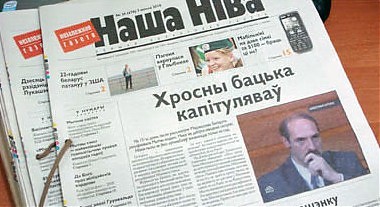 Belarus: harassment of media grows in run-up to presidential election

There is an increasing harassment of the Belarusian press in the run-up to the presidential election that has been scheduled for next spring. What with the information ministry’s repeated warnings, police raids, tax inspections and the country’s new media law, press freedom is now severely compromised in the Republic of Belarus. 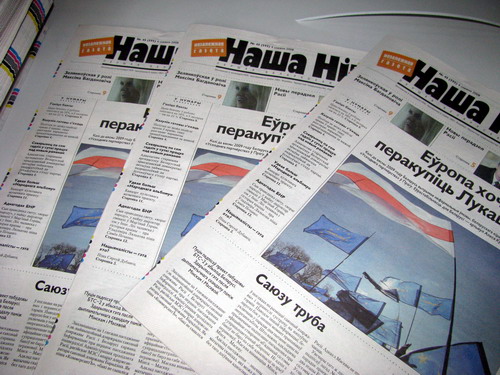 be shut down under article 51 of the media law, which allows the authorities to order a closure following two warnings.

Warnings to opposition papers
Nasha Niva was given warnings on 22 and 26 July for referring to a new Russian TV documentary “Kryostny Batska” (The Godfather), which suggests that Belarusian President Alexander Lukashenko was involved in the mysterious disappearances of several political foes. The documentary was due to have been broadcast by Russian television station NTV’s Belarusian service, but was withdrawn.

A tax department official also called Nasha Niva on 2 August and said it was to be given a special audit, although it was audited as recently as September 2008. Under Belarusian law, “low risk” companies such as Nasha Niva are supposed to be audited no more than once every five years.

The weekly’s editor, Andrey Skurko, told Reporters Without Borders that “this is an attempt to intimidate us related to our articles about high-profile disappearances and other cases that are controlled by Lukashenko.” In all, Nasha N 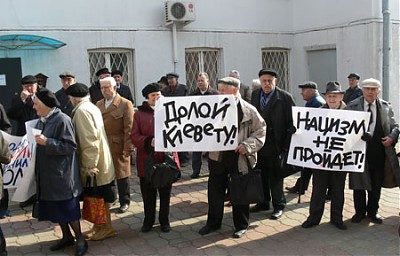 iva has received three warnings in the past year.

Narodnaya Volya, a frequent target of government harassment, has also received three warnings from the information ministry this year. They were prompted a series of short stories published in March in which author Illia Kopilau described his childhood under the Nazi occupation.

The ministry said they discredited the Soviet guerrilla movements and the Red Army, and violated article 4 in the media law, which bans the publication of false information.

Police raids
Police raided the newspaper’s offices in Minsk and confiscated computers on 17 February, a few days after searching the deputy editor’s apartment and seizing her personal computer.

Since then, the newspaper’s journalists have been repeatedly interrogated as part of an investigation into allegations of corruption within the police and security services.

After been excluded for three years from Belarus’s newspaper distribution system, which is entirely state-controlled, Narodnaya Volya and Nasha Niva began being distributed againt in 2008 as a result of an agreement between Belarus and the European Union. 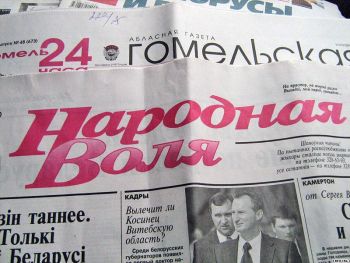 ithout Borders fears that the various warnings they have received are paving the way for a new government ban just before the start of the president election campaign.

Harassment facilitated by new media law
The new media law, which took effect on 2 February 2009, has give the authorities disturbing new ways to tighten their grip on the media, although Belarus has ratified the International Covenant on Civil and Political Rights, thereby undertaking to guarantee the freedom to gather, receive and impart information and ideas.

One of the latest to receive a warning for having no accreditation or contract was Tatsiana Bublikava on 11 August. It was issued in response to a report she did for Belsat, a cable TV station based in Poland whose Belarusian journalists are often harassed for criticising the government.

journalists under the new law. According to the Belarusian Association of Journalists (a Reporters Without Borders partner organisation that won the Sakharov Prize for Freedom of Thought in 2004), plain-clothes police prevented journalists from filming a flash mob by members of the “Tell the Truth” campaign outside the education ministry on 12 August.

The police checked the accreditation of all the journalists present including Zmicier Lukashuk, a reporter for European Radio for Belarus. Although his accreditation was in order, they still stopped him from filming. Nasha Niva and Radio Liberty journalists were also prevented from covering the protest.

HRH London, based on Reporters Without Borders press release.