Several Azerbaijani activists including; Natig Jafarli, Elshan Gasimov, Togrul Ismayiıov, Bakhtiyar Hajiyev, and Elgiz Qahreman have been arrested in the run up to a national referendum on expanding presidential powers. HRHF calls for the authorities in Azerbaijan to cease intimidating opposition and dissent during the referendum period. Additionally, we encourage the Council of Europe to hold Azerbaijan to its standards by guaranteeing the right to participate in public life during the referendum period, including the rights to freedom of expression and assembly.

The proposed amendments would prolong the presidential term from five to seven years and introduce the posts of first vice president and vice president. Other proposed changes are related to restrictions in the right to freedom of assembly, which would be contingent on “public order and morality”; and the right to property, which could be restricted in the interests of “social justice and effective land use.” In addition, Azerbaijani citizenship could be withdrawn “in accordance with the law.” The referendum will be held on 26 September 2016.

“Everyone should be allowed to freely and safely express their opinion during a campaign – the right to participate in public life includes disagreeing with the government’s proposal. A popular referendum, in particular, should be an opportunity for true public debate on the future of the State’s institutions. Instead, we fear that we are now seeing the beginning of a new wave in the crackdown on civil society and opposition in direct relation to the referendum.” commented Ane Bonde, HRHF’s Regional Manager, Eastern Europe and Caucasus.

The arrests of the activists come after a recent visit to Azerbaijan from the UN Working Group on Arbitrary Detention. In a statement issued by the group, which concluded their visit in May, they stated that they “hold the view that human rights defenders, journalists, political and religious leaders continue to be detained under criminal or administrative charges as a way to impair the exercise of their basic human rights and fundamental freedoms and to silence them.”

Natig Jafarli of the Republican Alternative Movement (ReAl) was arrested on Friday 12 August following his peaceful action and criticism of the referendum.

The Institute for Reporters’ Freedom and Safety (IRFS) declares that the arrest of Natig Jafarli, the Secretary for Organisational Affairs of the Organisational Committee of Republican Alternative Party and the authorised representative of the Republican Alternative Referendum Initiative Group, is politically motivated and is an attempt to silence independent voices ahead of the referendum.

According to IRFS Director, Emin Huseynov “Natig Jafarli is one of the few voices who has actually dared to challenge the repressive changes to the constitution proposed by President Aliyev”.

Prior to his arrest, ReAl, a movement co-founded by Natig Jafarli, had been campaigning against the referendum and had begun to collect signatures as a referendum campaign group. Natig Jafarli has been leading ReAl since the imprisonment of its leader Ilgar Mammadov, whose detention has been described by the European Court of Human Rights as a method to “silence or punish [him] for criticizing the government,” while the Council of Europe has repeatedly called for the release of Ilgar Mammadov who is now in his fourth year of imprisonment.

Natig Jafarli has been charged by a court in Baku for “illegal business” and “abuse of official powers – when such actions lead to serious consequences or are committed with the purpose of influencing the outcome of an election (referendum)” and was sentenced to four-months of pre-trial detention. The use of “organizational charges” against human rights defenders, journalists and activists is a well-known method to attempt to legally justify a politically motivated detention, as documented in the joint report “Breaking Point in Azerbaijan” published by HRHF and Freedom Now, in addition to charges such as hooliganism or consumption of illegal narcotics. Natig Jafarli’s home was searched during the night and two computers and several legal documents were seized.

“His prosecution fits a typical pattern of fabricated criminal charges designed to silence critical voices, and should be dropped immediately”, Huseynov said in the IRFS statement.

Two other ReAl activists, Elshan Gasimov and Togrul Ismailov have also been arrested and sentenced to 7 days administrative detention over the last two days. According to contact.az they were arrested by “persons in civilian clothing” while trying to collect printed campaign material. 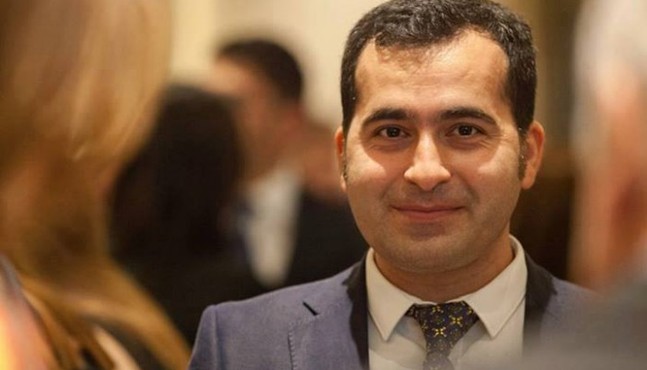 The prominent activist and former political prisoner Bakhtiyar Hajiyev, was arrested on 15 August and could be, according to his lawyer, charged with disorderly conduct. “Yesterday I got into an alteractaion with traffic police and was injured; the traffic police employed physical force. Now we are going to the 27th district police station. Either these [policemen] must be punished, or I must leave the country. There is no other option.” Bakhtiyar Hajiyev wrote on his personal Facebook page.

Information about Elgiz Qahreman of NIDA Youth Movement, who had been missing for four days reveals that he is being detained by the Department Against Organized Crime. It is reported that he has been sentenced to 4 months of pre-trial detention and could face from 5 to 12 years imprisonment for drug charges. Meydan TV reports that there is some speculation that his arrest could be linked with the other arrested activists.