Home
/
Latest
/
Ales Bialiatski: “I am free, but we must remember, that there are political prisoners in the country 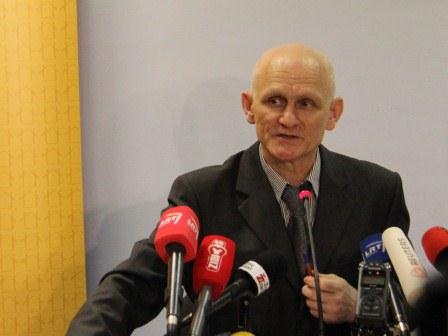 Ales Bialiatski: “I am free, but we must remember, that there are political prisoners in the country

At the beginning of the press conference Ales Bialiatski stressed that he harbours no anger or resentment with the fact that his arrest had to do with the Lithuanian side. “It was not the Lithuanian government that put me in jail, it was the Belarusian authorities,” – said the human rights defender. Ales Bialiatski said that his release is the first step towards a dialogue between Belarus and the EU, however, he recalled that 7 more people are still behind bars for political reasons and only after their release it will be possible to engage in dialogue with the Belarusian authorities. “As long as there are political prisoners in Belarus, there can be no serious talk about improving relations”, – said Ales Bialiatski. 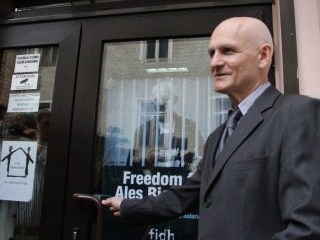 Before the press conference Ales Bialiatski removed poster “Freedom to Ales Bialiatski” from the door of the Belarusian Human Rights House. The poster hung there from the beginning of Ales’s imprisonment.  Bialiatski insists that it is too early to assess his release from prison as positive developments in the issue of human rights in Belarus. According to him, the West should not jump to conclusions. 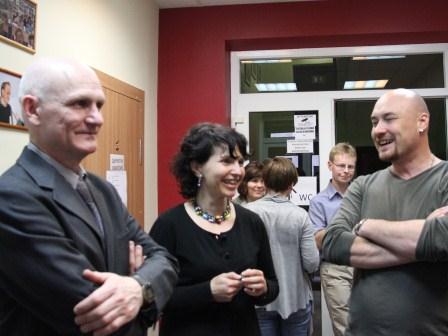 Ales Bialiatski also noted that the support of his fellow human rights defenders and ordinary people from around the world helped him a lot: “During the whole time of my imprisonment I thousands of messages from different people. I received letters not only from political and civil society activists, but also children and pensioners.  It helped me a lot and supported in a situation of isolation in which I found myself. “ Bialiatski said that the prison authorities did everything possible to completely isolate the political prisoner from other inmates, “When any man spoke to me, after a while he disappeared from the colony.”

Ales Bialiatski was released on 21 June – the date of entry into force of the Law “On amnesty in connection with the 70th anniversary of the liberation of Belarus from Nazi invaders.”

Ales Bialiatski was arrested on 4 August 2011 and was imprisoned for 1052 days. The Working Group on Arbitrary Detention of the UN Human Rights Council recognized the arrest of Ales Bialiatski as arbitrary.

ILIA conference: How to protect those who defend human rights?