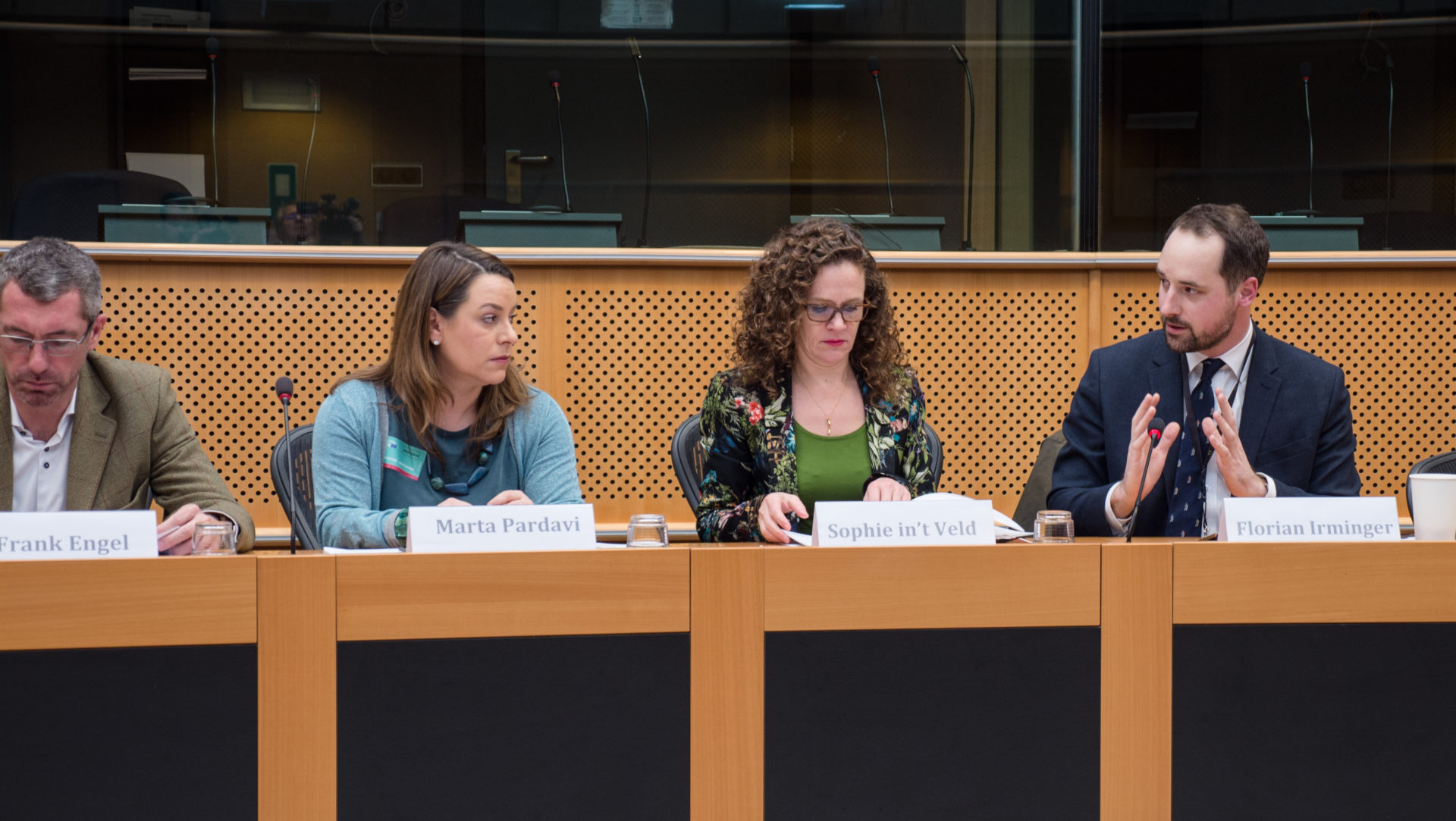 Coming at a crucial time for civil society and democracy, we launched the case study Resisting Ill Democracies in Europe in 2016, with this issue continuing to spark important debates across Europe.

This work includes in-depth research into the “playbook” of illiberal governments at the country level, but the aim is broader: to identify common trends within ill democracies and build understanding to inform early action. The case study also offers practices and strategies for civil society to resist.

The study was published by seven human rights organisations – five of them part of the network of Human Rights Houses – in six languages: English, Russian, Croatian, Hungarian, Polish, and Serbian. With well-attended launch events, we engaged decision-makers and civil society actors in countries experiencing first-hand the effects of illiberal governments, and put ill democracy on the agenda of stakeholders with public presentations in Brussels, Hungary, Croatia, Poland and at a side-event at the Parliamentary Assembly of the Council of Europe. The report and its findings have framed many discussions at international organisations, and have found significant media coverage across Europe. Our partners authoring the report have become widely sought spokespeople on ill democracies.

At our Brussels launch at the European Parliament, we called strongly for the EU to be principled in addressing Member State governments that attack the rule of law. Since then, the EU has taken measures to tackle ill democracies, many based on issues raised in our advocacy. The EU has opened procedures against both Poland and Hungary under Article 7 of its treaties on how to deal with states that flout the bloc’s founding values including democracy and the rule of law; the EPP group has suspended Viktor Orbán’s ruling Fidesz party; and the EU has begun considering funding for independent civil society within its borders. At the PACE, our advocacy led to a motion by MPs to “Counter ill democracies in Europe”, including to investigate these trends and propose recommendations and practical measures. The Assembly appointed a rapporteur in June 2019 under the same name “Countering ill democracies in Europe”. This just one case of us guiding the narrative through others using our definitions and language around “ill democracies” – terminology put forward for the first time in the report.

Born out of the Human Rights House concept

It demonstrates not only the benefits of sharing knowledge and experience, but also the strength of country-based independent voices uniting to project internationally informed joint messages and recommendations.

Significantly, the idea for the study was also born out of the Human Rights House concept, beginning with discussions at the network meeting of Human Rights Houses in Belgrade in November 2016 as a follow-up to an idea that emerged at the Human Rights House Zagreb. At the network meeting, speakers raised the actions of illiberal governments and called for a joint response. The case study also brought us into partnership with organisations in Hungary, strengthening the findings, enabling us to expand the reach and impact of our work, and providing opportunities for further cooperation.