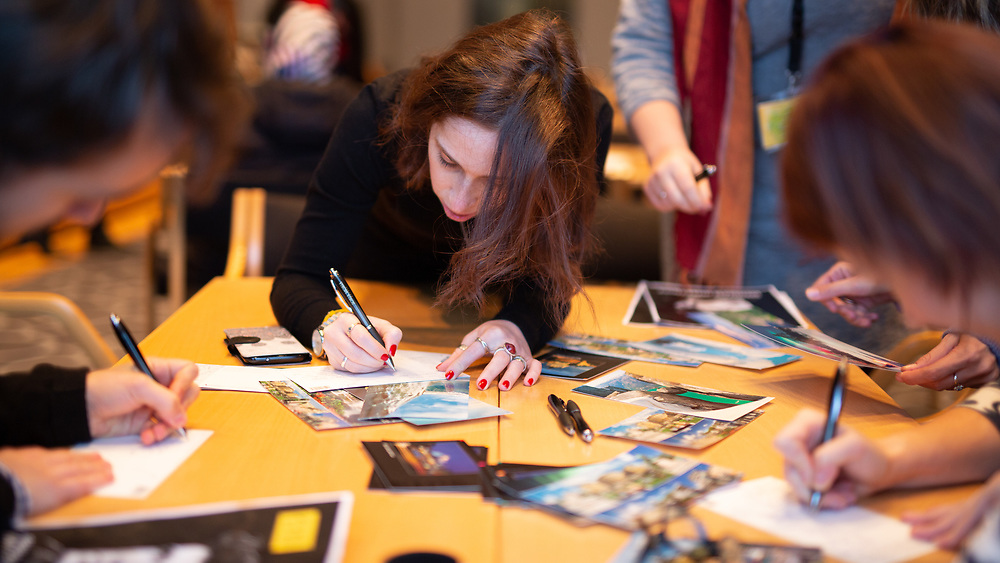 Our protection work is at its strongest when it is multi-faceted and includes support and solidarity from the network of Human Rights Houses. While the crackdown in Azerbaijan continues, we experienced how joint efforts and solidarity made a difference in 2018.

Azerbaijani anti-corruption video blogger Mehman Huseynov was released from prison after serving a two- year sentence for trumped up charges of defamation. This followed many years of repression by the authorities aimed at silencing him.

Since Mehman Huseynov’s arrest in January 2017, HRHF and the Houses have raised awareness, engaged decision makers, and urged the Azerbaijani authorities to meet their human rights obligations and release him.

HRHF and Human Rights House Tbilisi have observed the many hearings
in Mehman Huseynov’s trial and legal appeals. With this, we have delivered statements on his case at international forums such as the UN, Council of Europe, and EU, and have submitted information to international protection mechanisms.

Following HRHF’s nomination, Azerbaijani human rights defender Shahla Ismayil won the Bob Hepple Equality award in 2018. This was for her role as a leading gender equality advocate and the work of her organisation Women’s Association for Rational Development (WARD), member of Human Rights House Azerbaijan.

“There is a lot of work still to do, and I will work restlessly until Azerbaijan becomes the country of my dreams,” said Ismayil during her acceptance speech. Ismayil also reflected on the situation for women in Azerbaijan, highlighting early marriage, traffick- ing of and violence against women, sex-selective abortions and stereotypes.

Documenting a pattern of repression
In 2018, the European Court of Human Rights passed important judgements on the cases of defenders from Azerbaijan who were targeted as part of the crackdown from 2014. With our partners the Helsinki Foundation for Human Rights in Poland and Freedom Now, HRHF delivered third party interventions (Amicus Curiae) before the Court in relation to the cases of Initgam Aliyev, Anar Mammadli, and Rasul Jafarov. Our documentation helped to provide the broader context and demonstrate a pattern of Azerbaijan’s consistent violation of its obligations under the European Convention.

“The European Court of Human Rights established that Rasul Jafarov’s arrest and pre-trial detention were unlawful; more importantly, it recognised that the actual purpose of his detention was to punish him for his human rights activities. It is the first time that the Court has found a violation of Article 18 based on the repression of human rights defenders as a result of their human rights activity,” commented Ramute Remezaite, who represented Jafarov before the court, along with Baku-based lawyer Khalid Bagirov.