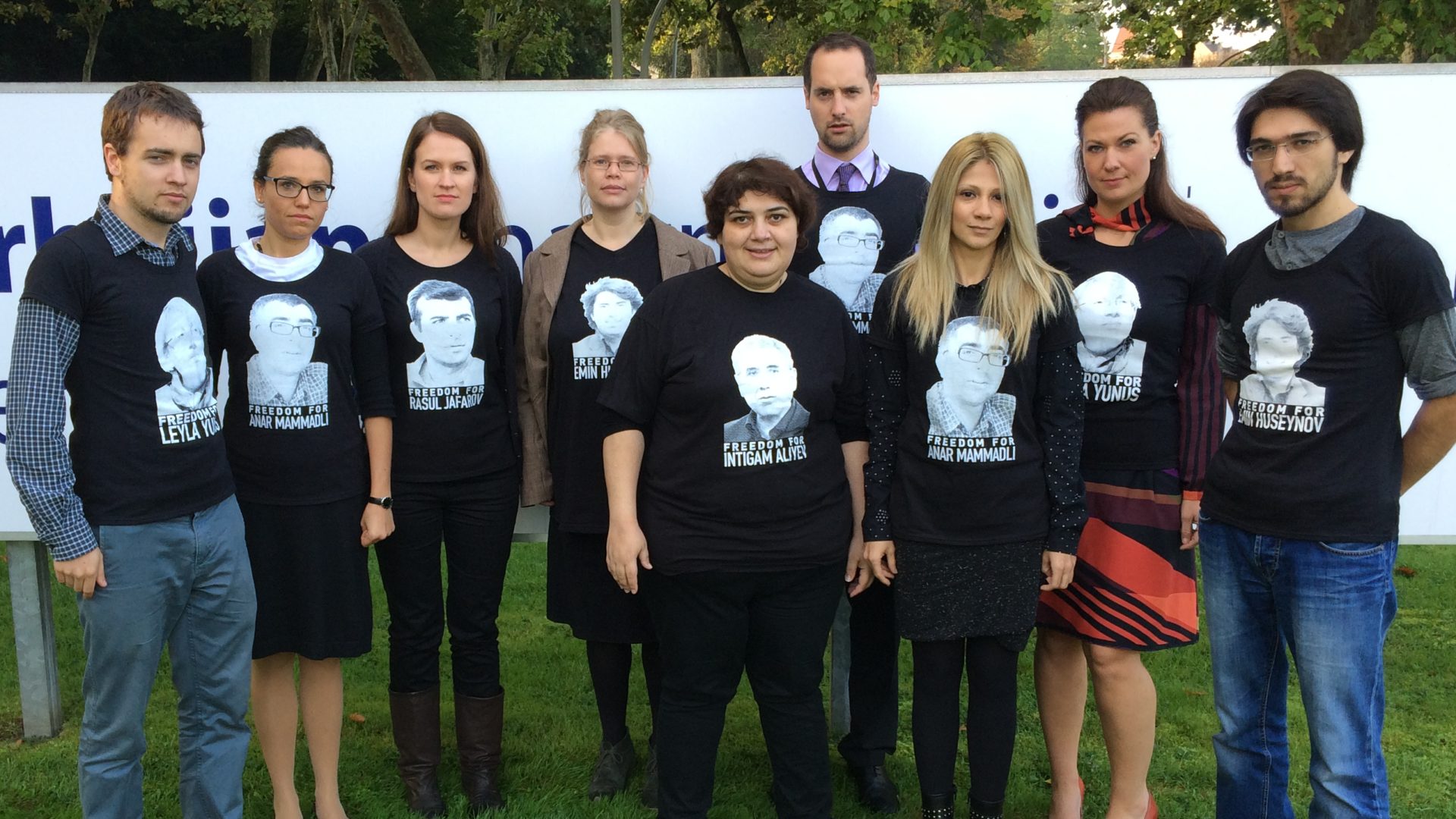 Human Rights House Baku opened in 2007. By 2015, the authorities had forced the House to cease activities (in 2011) and imprisoned many of its members, and adopted restrictive laws as part of a crackdown on civil society.

Human Rights House Foundation, with the Houses, campaigned long term for their release, channelling all of its programmes toward a single cause. In 2016 we saw its impact as several of our partners were released from prison.

Campaigning with the Houses, coalitions, and strong international partners, HRHF helped to raise awareness of the arrests and organised and participated in international protests against them.

HRHF drafted and submitted letters of concern on Azerbaijan endorsed by members, who then advocated at the national level for their governments to address the situation. This campaigning was combined with intense advocacy at the United Nations, Council of Europe, OSCE and European Union.

Drawing on expertise in HRHF’s International Law in Advocacy programme, lawyers educated in international human rights standards joined members of Human Rights House Tbilisi in monitoring and reporting on the trials of human rights defenders arrested in Azerbaijan. This contributed to protection for the prisoners and facts for advocacy and awareness-raising work.

Member organisation Helsinki Foundation for Human Rights (Poland), with support from HRHF and Freedom House, acted as the legal counsel for these defenders at the European Court of Human Rights and won several of their cases

The Human Rights Houses in Georgia, Ukraine, and the Belarusian Human Rights House in exile in Lithuania provided shelter and assistance for those needing to flee the country, and HRHF ran a programme to provide protection to human rights defenders under threat in Azerbaijan and the wider region.