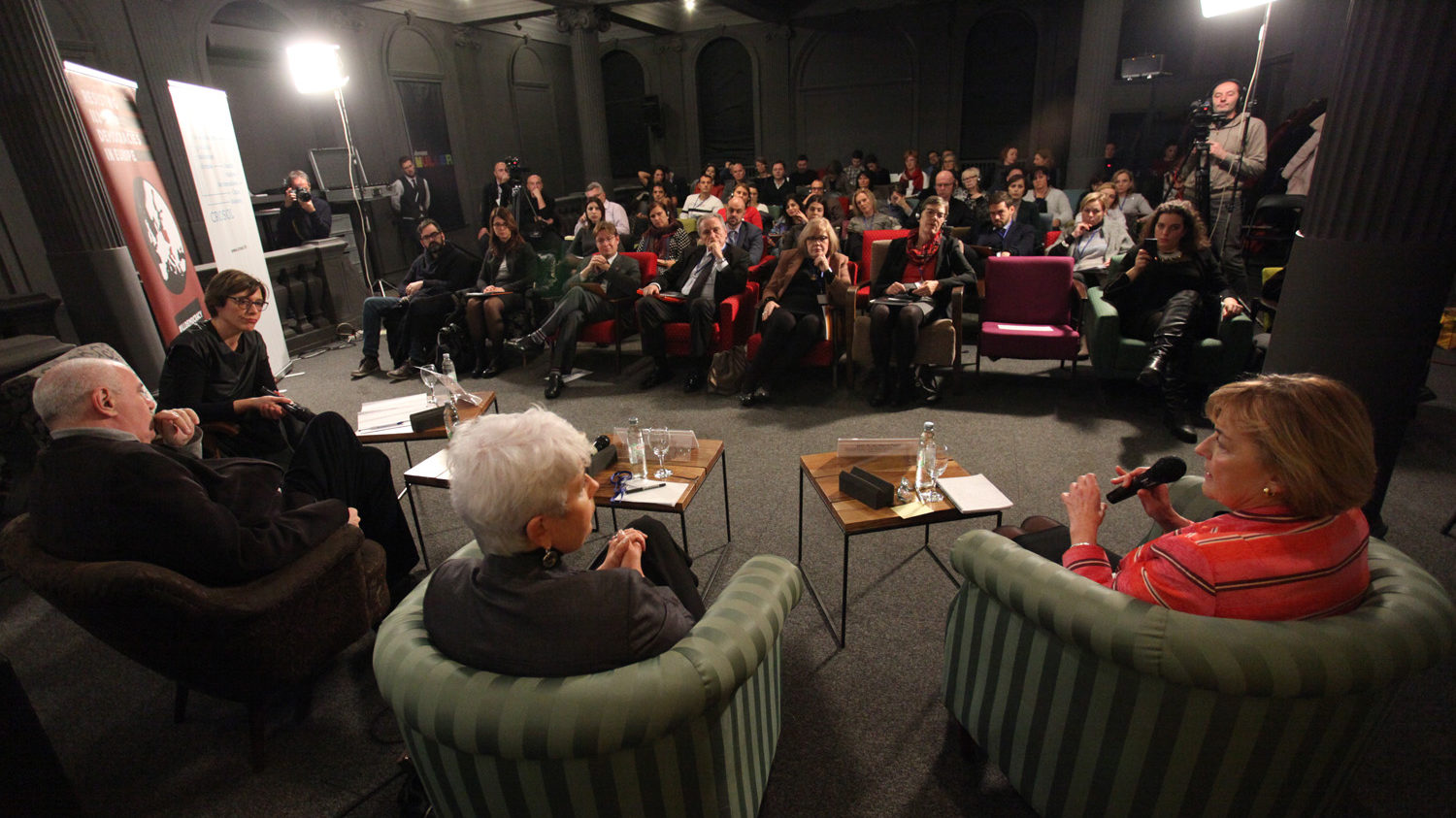 Greater visibility and influence in 2017

Showing the targeted strength of our interventions, more than 70% of our advocacy efforts undertaken with the Human Rights Houses in 2017 were followed up by interventions and actions by national and international policy-makers.

On top of this, our 15 rounds of advocacy enabled us to reach out to 412 policy- and decision-makers, double the number than in 2016. These advocacy rounds focused on country situations or on freedom of assembly, association, expression, and the right to be a human rights defender.

Our campaigns also contributed to our visibility and influence. Together with Human Rights Houses and partner NGOs, we published two joint reports and held launch events across Europe as part of campaigns on Ill Democracies and on Funding Civil Society.

We also campaigned in favour of the adoption of a resolution to mark the 20th anniversary of the Declaration on Human Rights Defenders at the UN General Assembly. This is the continuation of our long-time engagement on resolutions on human rights defenders. As part of this, we worked with the Norwegian MFA on drafting the resolution text and provided guidance and support. We also organised advocacy rounds in New York.

As our fourth campaign, we advocated for the release of now political prisoner Azerbaijani photojournalist Mehman Huseynov. Our timely response on the day he was sentenced included: an article and social media posts to inform, provide information, and communicate our position; a video interview to explain our calls and the situation for journalists in Azerbaijan; promotion of our statement at the UN Human Rights Council to anchor our credibility; and visual materials for others to share and use. This quick and varied action helped to raise awareness of Mehman Huseynov’s situation and the wider situation for journalists in Azerbaijan.

We also continued working with the Office of the Secretary General of the Council of Europe to set up a mechanism to address reprisals and intimidation against defenders engaging with the international organisation. We intensified our engagement with the Committee of Ministers of the Council of Europe, hosting alongside the Representation of Switzerland the very first civil society thematic briefing to the Committee of Ministers to which all member States were invited.

In total, we delivered more than 283 external communications during 2017, employing a more visual, multi-channel approach in many of them.

Moving to country focuses in advocacy, we made solid progress as Human Rights Houses Azerbaijan and Crimea both adopted national advocacy strategies with HRHF. Our joint project with People in Need also contributed to our strong focus on Crimea thanks to advocacy rounds in Washington DC and New York. During these, we gained good access on Capitol Hill and visibility as our Crimean partners were featured in a Washington Post editorial.

An advocacy round at the Council of Europe focusing on Azerbaijan in January began our successful work throughout 2017 aimed at the Parliamentary Assembly of the Council of Europe resulting in the adoption of a strong resolution on the human rights situation in Azerbaijan. This is part of our long-term approach systematically informing members of the Parliamentary Assembly and requiring strong resolutions on Azerbaijan.

On Belarus, we were able to quickly respond to mass detentions and arrests in the spring – including of some of our partners – by alerting various international mechanisms on the arrests, particularly on the targeting of activists and human rights defenders. UN mechanisms reacted upon receiving information from HRHF, particularly the UN Special Rapporteur on Belarus. On the special rapporteur mandate itself, we advocated strongly and successfully for it to be renewed.

For more on HRHF’s impact in 2017, read our annual report.