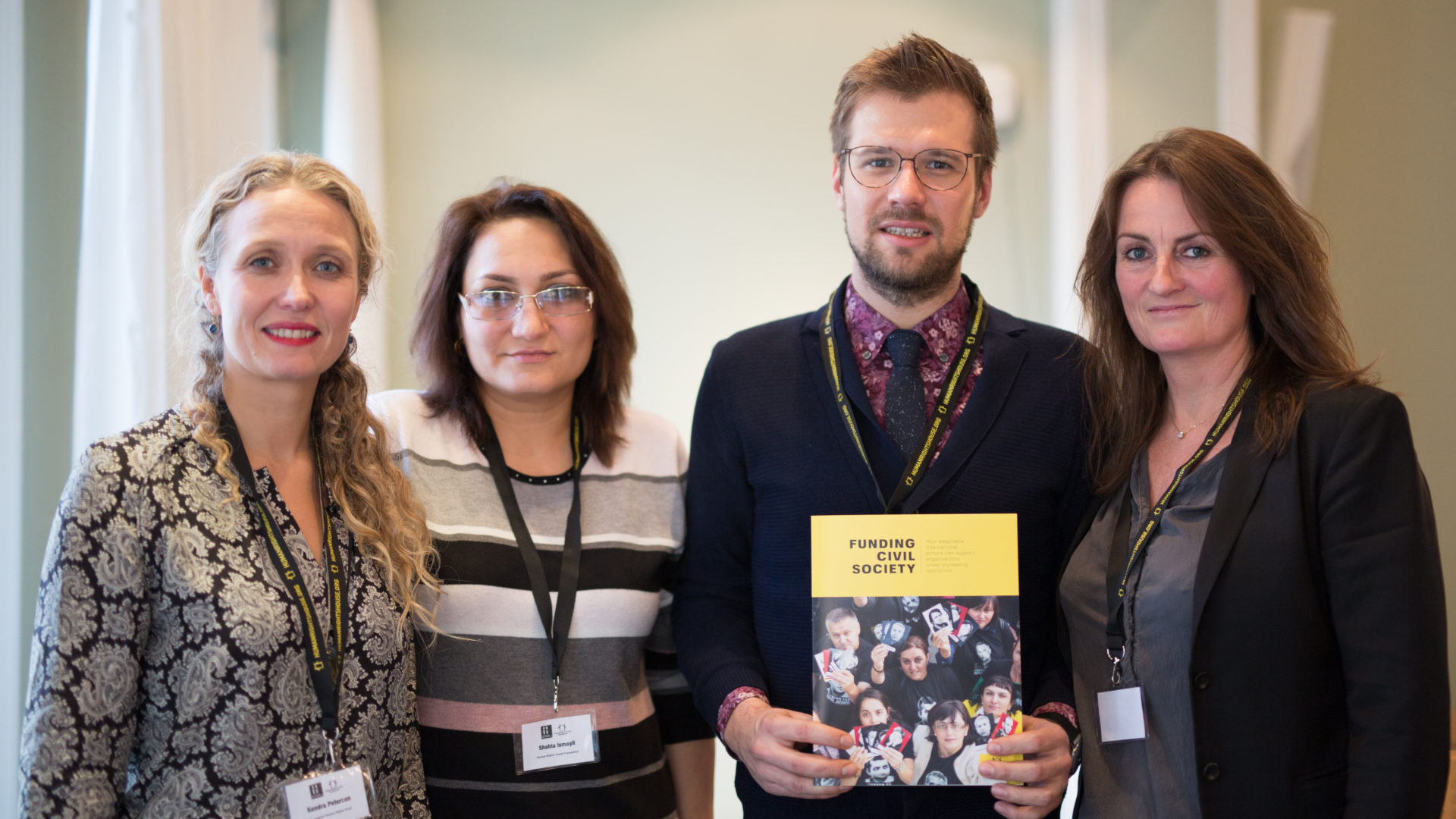 The aim is to provide international donors with the means to adapt their working methods, as well as to encourage them to strengthen partnerships with NGOs, which crucially need international funds to work effectively.

“Donors’ support for human rights and civil society is badly needed… so is their willingness to think outside the box.”

Maina Kiai, former United Nations Special Rapporteur on the rights to freedom of peaceful assembly and of association, (2011 – 2017).

The report offers practical recommendations based on four principles: sustainability, flexibility, coordination and independence. These principles and recommendations are inspired by successes and experiences collected from various Human Rights Houses and their partner and member NGOs, and international donors that have successfully adapted their working methods. They are also based on HRHF’s years of experience working with international donors and acting as a donor to Human Rights Houses.

HRHF presented the recommendations of the report at consultations with the Council of Europe’s Venice Commission on 4 October 2017, as experts were gathering information during the early stages of the review. This contributed to a review of standards applying to funding of NGOs within Council of Europe member states, published in March 2019.

Around the launch of the report in November 2017, civil society representatives and international donors gathered at two events to discuss restrictions to foreign funding and share working methods. The first event came in Brussels and was co-hosted by the European Endowment for Democracy and HRHF. The second came on in Oslo, where the Norwegian Human Rights Fund and HRHF co-hosted an event at Fritt Ord.

States limiting civil society access to foreign resources is not a new phenomenon, from Indira Gandhi speaking out against the “foreign hand” influencing policies in her country in 1976, to Ethiopia’s adoption of the proclamation on charities and societies in 2009, freedom of association and the independence of human rights NGOs has been subject to restrictions.

Since 2012, the trend has intensified with almost 60 countries having adopted foreign funding restrictions, including the Russian Federation’s enactment of its “foreign agents” law, which has become the blueprint for states limiting NGO access to resources. Across the Balkans, Caucasus, and Eastern Europe, the regions where the Human Rights Houses are located, restrictions on foreign funding have been at the core of the measures taken by States to limit and silence NGOs. In June 2017, Hungary passed a law forcing any organisation receiving funding from abroad to register as an “organisation receiving foreign funds” and to display this label on all of it publications or face sanctions. Many international and European human rights institutions have already expressed grave concerns about this law, which aims at stigmatising and silencing organisations working on human rights issues.

The report provides best practices and recommendations on how to further improve how we support independent civil society under these very difficult circumstances.

The launch of the report was not just timely in terms of the challenge it addresses. It was published in the midst of ongoing discussions on the European Union’s new Multiannual Financial Framework, which will outline the main direction of EU funding expenditures after 2020 – translating political priorities into figures.

“Funding Civil Society” can serve as a source of inspiration and the principles that it outlines – sustainability, flexibility, coordination and independence – should be the guiding principles determining the allocation of the EU’s substantial financial contribution for human rights activities across the globe.