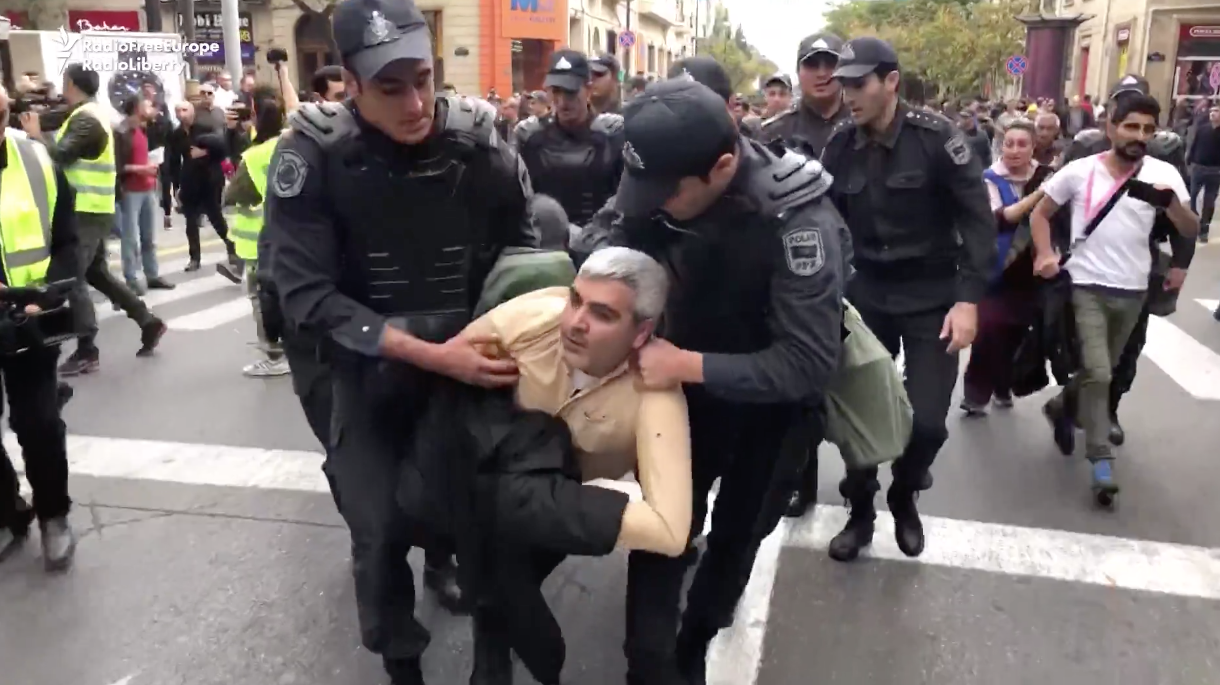 Statement on excessive force against peaceful demonstrators in Baku

Full statement by Human Rights House Foundation concerning recent actions of Azerbaijani authorities against peaceful demonstrators in Baku on 19 and 20 October 2019. This statement has been partially translated to Russian by Caucasian Knot.

Freedom of assembly in Azerbaijan must be ensured and human rights defenders must be protected.  HRHF condemns the actions taken on 19 and 20 October 2019 by Azerbaijani authorities.  These actions are in direct contradiction to both Azerbaijan’s legal obligations as well as its commitments before international bodies of which it is a member.

Human Rights House Foundation (HRHF) condemns the on-going crackdown against the freedom of assembly in Azerbaijan and the closed public space for expressing dissent in a peaceful manner. We join the growing chorus of concerned international voices, which include the European Union, Council of Europe Commissioner for Human Rights, OSCE Representative on Freedom of the Media and Parliamentary Assembly of the Council of Europe’s Co-rapporteurs on Azerbaijan, and call upon Azerbaijani authorities to respect their international obligations and uphold fundamental rights.

On 19 and 20 October 2019, Azerbaijani police dispersed two peaceful demonstrations in central Baku using excessive force. Police beat and detained dozens of peaceful protesters and assaulted several journalists covering the peaceful demonstrations.  Credible and well-documented allegations of ill-treatment against those held in police custody have since emerged.

According to credible reports filed by local human rights defenders, 34 individuals are currently being held in administrative detention and a further 21 individuals received fines, for participating in the peaceful demonstrations on 19 and 20 October 2019.  In the run-up to these peaceful demonstrations, police charged two opposition activists with criminal cases which are widely considered politically motivated.

The demonstrations at the core of this complaint included opposition groups on October 19 calling for free and fair elections and the release of political prisoners.  They also included women human rights defenders and their supporters on October 20 calling for action to address the rise of femicide cases and for the ratification of the Council of Europe’s Istanbul Convention on Combatting Violence Against Women and Domestic Violence.  In both cases, demonstration organizers notified authorities in line with Azerbaijani legislation but did not receive authorization to hold the peaceful demonstrations.

As a member of the Council of Europe and a member state of the United Nations, Azerbaijan has a legal responsibility to respect the right to peaceful assembly.  During the Universal Periodic Review process in 2018, Azerbaijan supported all recommendations related to protecting the freedom of assembly.  In its commitments made to implementing the Sustainable Development Goals, Azerbaijan further committed to improving and protecting the rights of women.  The actions taken on 19 and October 2019 are in direct contradiction to both Azerbaijan’s legal obligations as well as its commitments before international bodies of which it is a member.