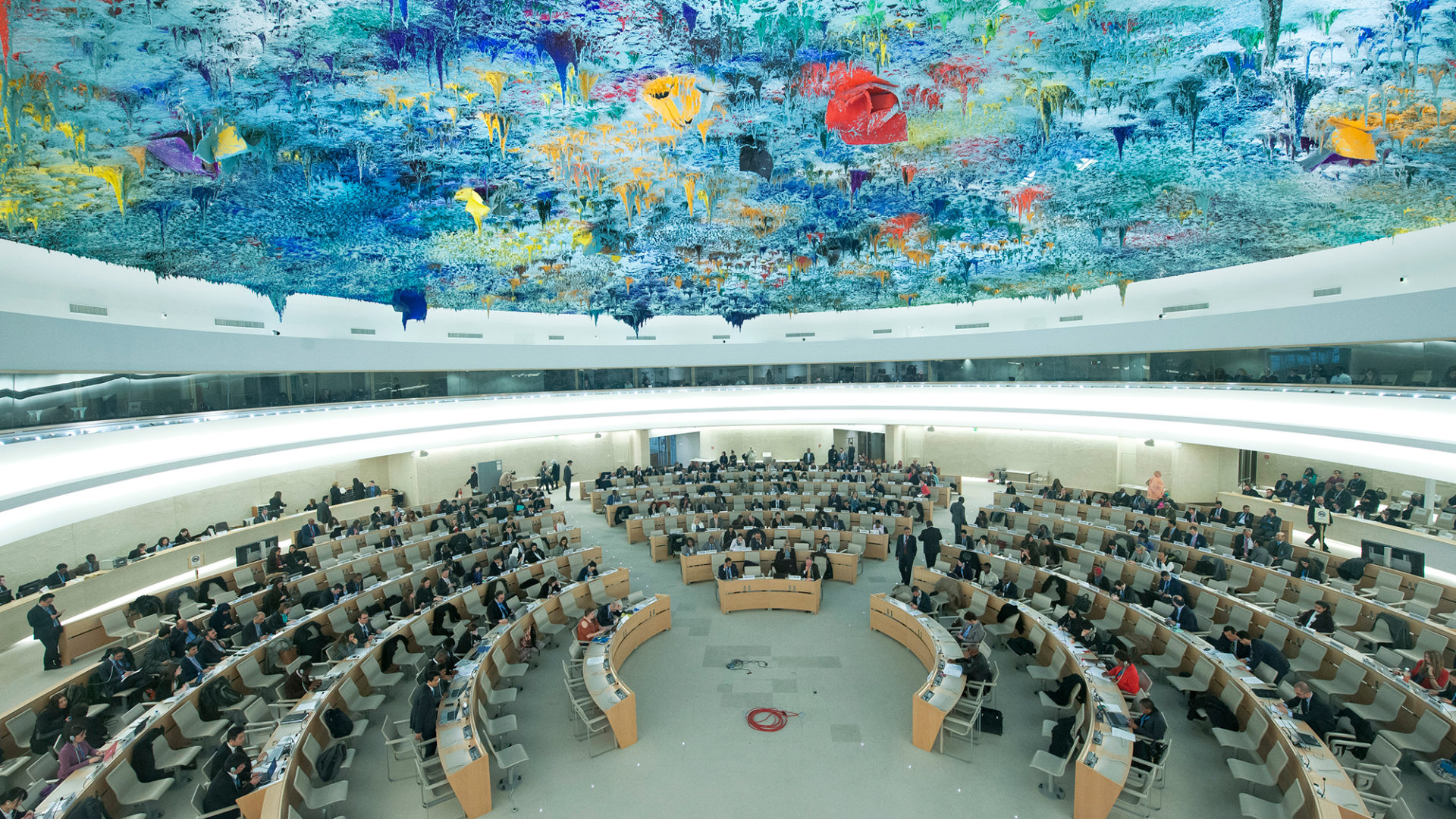 Some 16 human rights organisations, including Human Rights House Foundation, issued a joint statement on 12 July 2019, responding to the outcomes of the 41st session of the UN Human Rights Council.

By renewing the mandate of the Independent Expert on sexual orientation and gender identity (SOGI), the Council has sent a clear message that violence and discrimination against people of diverse sexual orientations and gender identities cannot be tolerated. It reaffirmed that specific, sustained and systematic attention is needed to address these human rights violations and ensure that LGBT people can live a life of dignity. We welcome the Core Group’s commitment to engage in dialogue with all States, resulting in over 50 original co-sponsors across all regions. However, we regret that some States have again attempted to prevent the Council from addressing discrimination and violence on the basis of SOGI.

This Council session also sent a clear message that Council membership comes with scrutiny by addressing the situations of Eritrea, the Philippines, China, Saudi Arabia and the Democratic Republic of Congo. This shows the potential the Council has to leverage its membership to become more effective and responsive to rights holders and victims.

The Council did the right thing by extending its monitoring of the situation in Eritrea. The onus is on the Eritrean Government to cooperate with Council mechanisms, including the Special Rapporteur, in line with its membership obligations.

We welcome the first Council resolution on the Philippines as an important first step towards justice and accountability. We urge the Council to closely follow this situation and be ready to follow up with additional action, if the situation does not improve or deteriorates further. We deeply regret that such a resolution was necessary, due to the continuation of serious violations and repeated refusal of the Philippines – despite its membership of the Council– to cooperate with existing mechanisms.

We deplore that the Philippines and Eritrea sought to use their seats in this Council to seek to shield themselves from scrutiny, and those States[1] who stood with the authorities and perpetrators who continue to commit grave violations with impunity, rather than with the victims.

We welcome the written statement by 22 States on China expressing collective concern over widespread surveillance, restrictions to freedoms of religion and movement, and large-scale arbitrary detention of Uyghurs and other minorities in Xinjiang. We consider it as a first step towards sustained Council attention and in the absence of progress look to those governments that have signed this letter to follow up at the September session with a resolution calling for China to allow access to the region to independent human rights experts and to end country-wide the arbitrary detention of individuals based on their religious beliefs or political opinions.

We welcome the progress made in resolutions on the rights of women and girls: violence against women and girls in the world of work, on discrimination against women and girls and on the consequences of child, early and forced marriage. We particularly welcome the renewal of the mandate of the Working Group on Discrimination Against Women and Girls under its new name and mandate to focus on the intersections of gender and age and their impact on girls. The Council showed that it was willing to stand up to the global backlash against the rights of women and girls by ensuring that these resolutions reflect the current international legal framework and resisted cultural relativism, despite several amendments put forward to try and weaken the strong content of these resolutions.

However, in the text on the contribution of development to the enjoyment of all human rights, long-standing consensus language from the Vienna Declaration for Programme of Action (VDPA) recognising that, at the same time, “the lack of development may not be invoked to justify the abridgement of internationally recognized human rights” has again been deliberately excluded, disturbing the careful balance established and maintained for several decades on this issue.

We welcome the continuous engagement of the Council in addressing the threat posed by climate change to human rights, through its annual resolution and the panel discussion on women’s rights and climate change at this session. We call on the Council to continue to strengthen its work on this issue, given its increasing urgency for the protection of all human rights.

The Council has missed an opportunity on Sudan where it could have supported regional efforts and ensured that human rights are not sidelined in the process. We now look to African leadership to ensure that human rights are upheld in the transition. The Council should stand ready to act, including through setting up a full-fledged inquiry into all instances of violence against peaceful protesters and civilians across the country.

During the interactive dialogue with the Special Rapporteur on extrajudicial and summary executions, States heard loud and clear that the time to hold Saudi Arabia accountable is now for the extrajudicial killing of journalist Jamal Khashoggi. We recall that women human rights defenders continue to be arbitrarily detained despite the calls by 36 States at the March session. We urge States to adopt a resolution at the September session to establish a monitoring mechanism over the human rights situation in the country.

We welcome the renewal of the mandate on freedom of peaceful assembly and association. This mandate is at the core of our work as civil society and we trust that the mandate will continue to protect and promote these fundamental freedoms towards a more open civic space.

We welcome the renewal of the mandate of the Special Rapporteur on Belarus. We acknowledge some positive signs of re-engagement in dialogue by Belarus, and an attempted negotiation process with the EU on a potential Item 10 resolution. However, in the absence of systemic human rights reforms in Belarus, the mandate and resolution process remains an essential tool for Belarusian civil society. In addition, there are fears of a spike in violations around upcoming elections and we are pleased that the resolution highlights the need for Belarus to provide safeguards against such an increase.

The continued delay in the release of the UN database of businesses engaged with Israeli settlements established pursuant to Council resolution 31/36 in March 2016 is of deep concern.  We join others including Tunisia speaking on behalf of 65 states and Peru speaking on behalf of 26 States in calling on the High Commissioner to urgently and fully fulfil this mandate as a matter of urgency and on all States to cooperate with all Council mandates, including this one, and without political interference.

Numerous States and stakeholders highlighted the importance of the OHCHR report on Kashmir; while its release only a few days ago meant it did not receive substantive consideration at the present session, we look forward to discussing it in depth at the September session.

Finally, we welcome the principled leadership shown by Belgium, Luxembourg and the Netherlands, in pursuing accountability for individual victims of acts of intimidation and reprisals under General Debate Item 5, contrasting with other States which tend to make only general statements of concern. We call on States to raise all individual cases at the interactive dialogue on reprisals and intimidation in the September session.